2018 has been a well-documented year for Janet Jackson. She’s made headlines for opening up about her battle with depression, low self-esteem, and raising her son, Eissa Al Mana, who she birthed in 2017. Upon the continuing and name change of her tour, State Of The World, she is also battling a pending divorce to her ex-husband, Wissam Al Mana. Jackson, 52, most recently made headlines after for how she was portrayed in Bobby Brown’s TV movie (FYI: she was allegedly kicked out of Bobby’s hotel room back in the 1980’s). On top of performing for the first time in 9 years, she also lost her father. 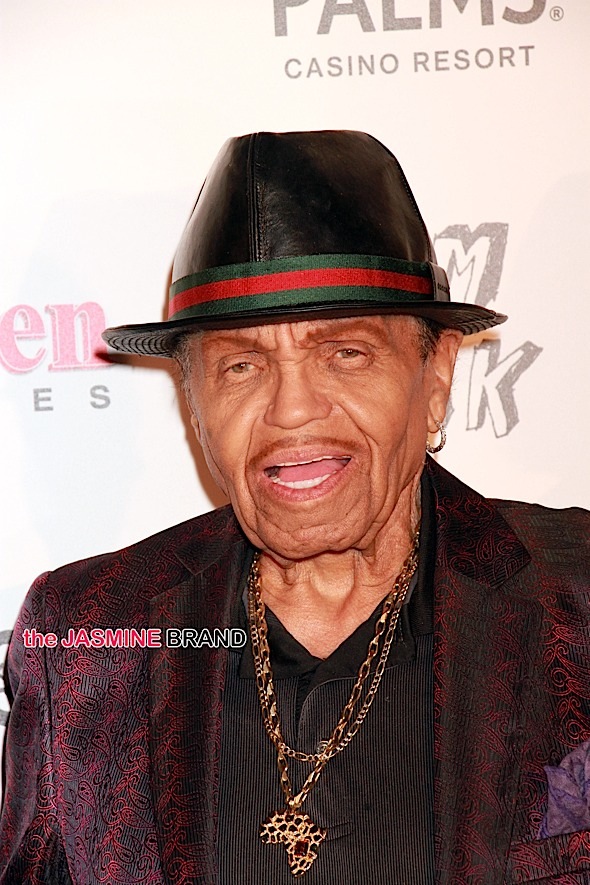 Towards the closing of summer, Janet suffered a lost from her 89-year-old father, Joe Jackson. Joe was the patriarch for developing the careers of his children, as she was on tour at the time, she considered canceling, but decided against it. Before her father’s passing, Janet was the recipient of the Billboard Icon Award. She made history with this achievement by earning the title of the first black woman to achieve this honor. While on tour, she has found time to manage the raising of her child, rehearsals, and discuss growing up in the industry.

In a new interview, she opens up about overcoming her insecurities, her father’s death and having a child at 50. See the excerpts below.

Her father passing in the middle of the rehearsals for her tour:

“It’s very tough. But it was also difficult coming back because I was very much behind [with] rehearsals. I didn’t know if I wanted to cancel the tour. But I think my father would’ve wanted me to continue.”

How exercising helped with having a baby at 50:

“When I was in New York, I was walking and doing stairs every day. The doctor said as long as you’re not feeling any pain or having any problems and it’s not too much for you, more power to you. It’s great exercise, releases those endorphins.”

Reflecting on growing up in the Jackson household:

“We would play to a crowd of 20,000 people, and the next day we were at home. My parents would make us get up at 7 in the morning. Why? We had to rake the whole yard. Now, we’re talking about 3 acres. Every leaf had to be gone out of that yard. You had to clean all the animal cages and wash all the animals. We had a house-keeper and chefs growing up. And the house-keeper was there to watch us take care of our rooms. Make our beds, vacuum the floor, mop the kitchen. She was there making sure we did what our parents wanted us to do.”

How the chores contributed to their music:

“Never feeling that, or why should I have to do this or that. [Those chores] kept us grounded. Taking the trash out late at night. We did it all [while] singing. We would make up songs. I had to stand on top of a swivel chair in order to do the dishes because I was so short. That’s how young I was. Someone else would be cleaning the counters and kitchen tables. Someone else would be sweeping the floor, and we’d sing a three- or four-part harmony.”

What she plans on instilling in her son, Eissa:

“The foundation of being grounded and also of a higher power. Knowing who he is and that we are all equal no matter the race or gender. And that he is to be respectful towards others but also that others are respectful to him.”

What she says to teenagers who are in the industry today:

If her and Michael Jackson talked about self-image:

“I remember growing up and being in this business was always this important thing. Because it was the thing. And you had to be a certain size, you had to be thin to be an entertainer. Stupid crap like that. That’s just this business I’m in. I think it’s changed, thank God. People are more accepting of others. Which is the way it should’ve been from the jump. That can really mess with you.”

Reflecting on dating in her teen years:

“I remember going on a date with someone and not wanting to go. My family wanted me to go. He was sweet but a lot older than me. I wasn’t into the guy thing at that time.”

“When I’m with my friends and family. We used to have a family day when someone would take a day out of the month to host and everyone would come. It would be my house one month, another family member’s house the next month. And not necessarily their house — you got to choose what it was that you wanted to do. Go camping, have a barbecue … My mother is the one who normally pulls everybody together now.”

What she felt most insecure about and how she overcame insecurity:

“I would have to say my body. A lot of it has to do with experience, getting older. Understanding, realizing that there isn’t just one thing that is considered beautiful. Beautiful comes in all shapes, sizes, and colors.”

How therapy helped her being photographed:

“I’m better about it, for sure. It’s not what it used to be. And when those moments come about, I don’t look. Therapy helped a great deal with that. I had to find something in my body that I loved, and that was difficult for me to do.”

What she thinks makes a woman beautiful:

“Lots of different things. It’s vulnerability. It’s power. It’s confidence. It’s happiness. It’s seeing the goodness in the soul. It’s spirituality. It’s being selfless and what you do for others before doing for yourself.”

When she feels most beautiful:

“I feel like I’m being corny here, but it’s just the honest truth: I feel most beautiful when I’m with my son, because of the gift that God has given me and that he allowed me to do so at that age. My baby is so sweet and so healthy, so happy and so full of love.”

Where she plans to be in the next 30 years:

“I’d love to be a grandma. I’d love to, hopefully, still inspire people with my work, whatever it is. And more than anything, I know I’m going to be helping people and inspire others to do the same. I feel that is what I was put on this earth to do. I want to help women who are abused and suffering from being in relationships where men have them gagged, have their hands tied. No woman should go through that.”

How she plans to help women:

“It’s enough that we’ve gone through that. We need to recognize those problems, what makes that happen, and reverse it. We need to be able to recognize those things before getting into a relationship. Even within yourself, what is it about you that is attracted to that? I stand on that side of the fence, you know. There’s a lot of work I have to do for myself. Enough of anyone trying to manipulate me. You don’t even deserve to be in my presence. I’m allowing you to [be here].”

Jackson confirmed her separation from her Qatari businessman in April 2017, and recently placed a call to 9-1-1, under the notion her child was in danger. The two secretly became married in 2011, but did not alert the public until January 2012. It was last reported, Jackson could be receiving up to $200 million, according to terms in their prenup.

Jackson is currently on tour, and the next time she is scheduled to take the stage will be at the Global Citizen festival in New York. Others who will be taking the stage, that are scheduled, will be Cardi B, The Weeknd, and Janelle Monáe.