Mel B is admitting to taking a large amount of drugs to help her get through filming The X Factor amidst domestic abuse she suffered at the hands of her then-husband, Stephen Belafonte. In her memoir, Brutally Honest, she reveals that it got to the point that she was snorting up to six lines of coke a day, two of which she would snort as soon as she woke up in the morning.

I was a sad, pathetic person. I was out of control. Then I would pray, ‘God, I’m sorry for taking cocaine, but please God help me get through this day. It numbed my pain. It lifted me up enough to be ready to fire on all cylinders and forget about everything but the show. 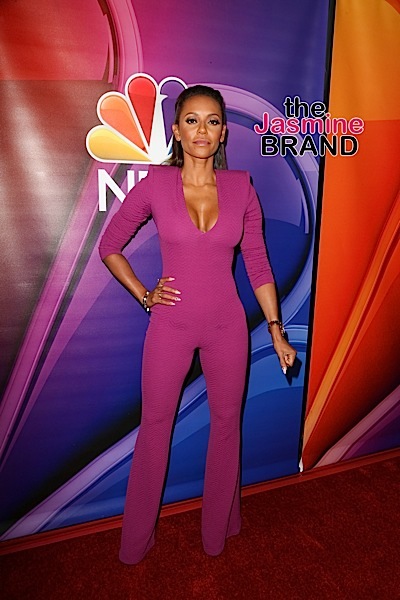 Mel B admitted that the drugs were necessary to help her cope with her abusive relationship.

I was so low that two weeks into filming The X Factor I’d started using cocaine to get me through the run of the show. To get me through living with Stephen, which felt like neurotic claustrophobia. On so many levels I felt myself sinking. I had a routine. I was ashamed of what I was doing, but I felt I had to have it. ‘It was like Cinderella… back to s**t and rats.’ I told myself God would understand and forgive me because he could see through all the glitter and the crap. He could see me. The mess. And cocaine could help that mess. Just for now. It numbed my pain.

Mel B says she never took drugs at work but as soon as it was time to go, she was able to score more cocaine.

In the memoir, Mel B also admits to taking 200 aspirins in an attempt to commit suicide in 2014.

I felt ugly and detested by the very man who once promised to love and protect me, my husband and manager Stephen. A man who after ten years of marriage now had a library of sex tapes that could — as we both well knew — ruin my career and destroy my family.

I wrote frantic, disjointed notes for Phoenix, my eldest daughter, my soulmate — the girl who is little sister, friend and daughter to me. It was going to be up to her to get my other little girls, Angel and Madison, to Leeds where they could all live with my mum. In my head, in that moment, it was that simple.

Two hundred. “Now what’s going to happen, Melanie? STOP!” As soon as I’d swallowed that last pill, I knew I didn’t want to go anywhere. “Melanie! What the f*** are you doing? Get a grip!”

Her book is now order for pre-order.