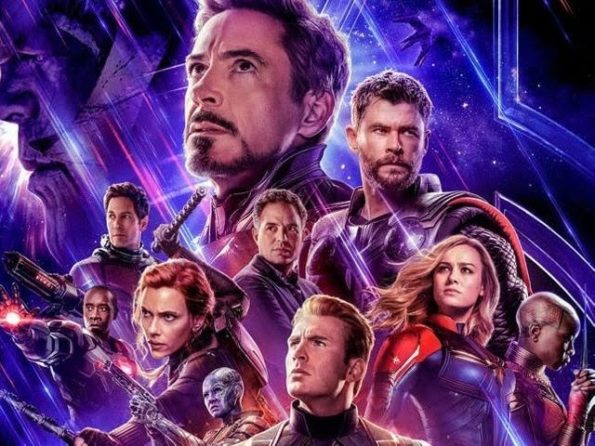 On Wednesday, just ten days prior to it’s release, Avengers directors, Anthony and Joseph Russo, collectively known as the Russo brothers took to social media, pleading with Marvel fans to not to spoil the highly anticipated superhero film in light of footage reportedly leaked online.

“For all of you who have been on this  Journey with us at the very beginning, sharing every high and low with your family, your classmates, your coworker, investing so deeply in every character and storyline. Laughing. Cheering. Shedding tears. Giving so frequently of your thoughts and emotions and fears or dialogue, theory, fan art, and fan fiction.” 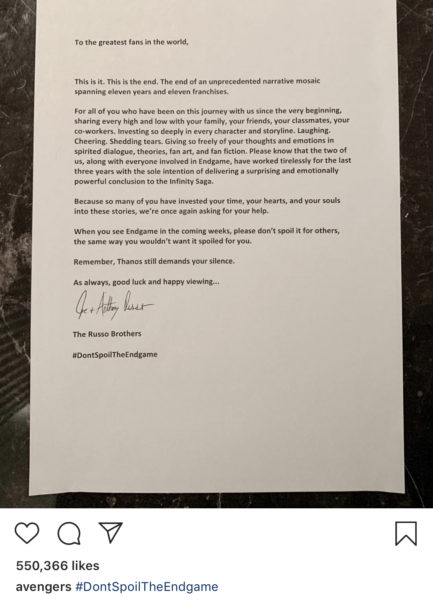 “Please know that the two of us, along with everyone involved in ‘Endgame,’ have worked tirelessly for the last three years with the sole intention of delivering a surprising and emotionally powerful conclusion to the Infinity saga.”

“Before we’re done, we still have one promise to keep.” Marvel Studios’ #AvengersEndgame is in theaters in 10 days. Get your tickets now: Fandango.com/AvengersEndgame

The brothers end their letter asking for no spoilers as the superhero film is expected to gross over $800 million worldwide on its opening weekend at the end of April.

The Avengers film is the sequel to last year’s blockbuster “Avengers: Infinity War,” where half of the universe we’re turned into dusk in thin air with the snap of super-villain Thanos‘ fingers. The highly anticipated action movie is set for release April 26th worldwide.

Do you think fans will still head to theaters after spoilers leaked? Let us know in the comments!