UPDATE: Tyler Perry has responded to Racquel Bailey’s billboard. He took to Instagram and provided a lengthy comment that read:

“Auhhh…. soooooo…… here’s the deal. This is not the way to get my attention if you’re looking for a role in one of my shows. Please DON’T DO THIS, SAVE YOUR MONEY!! This is the third time that someone has done this. PLEASE STOP! To audition is FREE!! I’m sure you can use that money for a better purpose.
I love that you want to work with me, and I love that you invest in yourself. But when you do things like this it puts my team on high alert and makes me look at you sideways. I know the message that you want to send is a positive one, but this comes across as the opposite.”

“Again, the best way to work for me is to AUDITION and it’s FREE! We post breakdowns all the time for actors. JUST COME AND AUDITION.
And by the way, you were great in THE NIGHT OF! It was my favorite show a couple years ago. I ALREADY SAW YOU!! So just audition and keep your money!! Again, I appreciate your effort, but that’s not the way to work for me. God bless you dreamer. I have no doubt you will make it one day!!“ 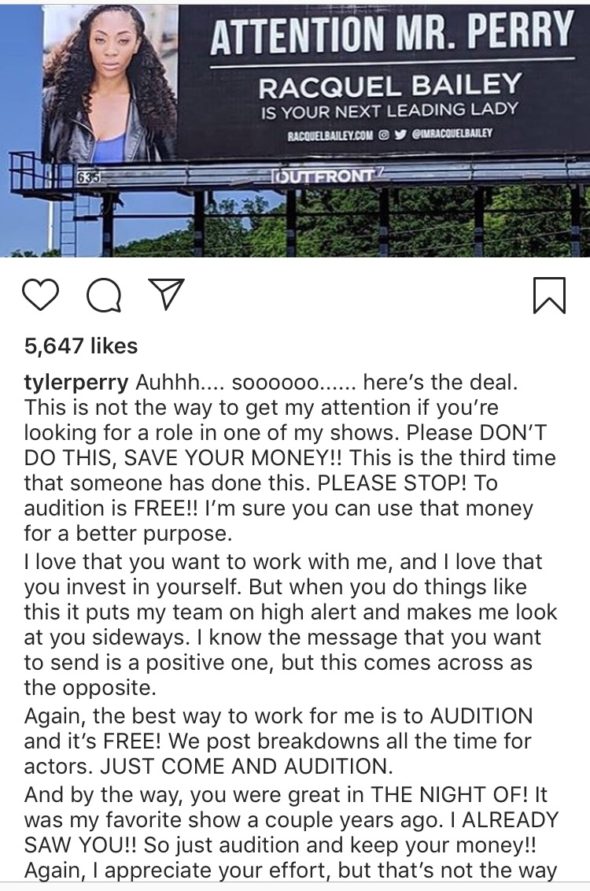 When you have a dream, sometimes you have to go to extreme lengths to ensure that it comes true. That’s likely the approach that one aspiring actress has decided to take after buying a full billboard in the hopes of getting director Tyler Perry’s attention.

As the saying goes, “you miss 100 percent of the shots you don’t take”—a saying that an aspiring actress is taking to heart. The woman recently bought a large billboard asking Tyler Perry to cast her as the leading lady in whatever future project he is unleashing on his devoted fanbase next.

The woman, who is named Racquel Bailey, had this message written on the billboard: 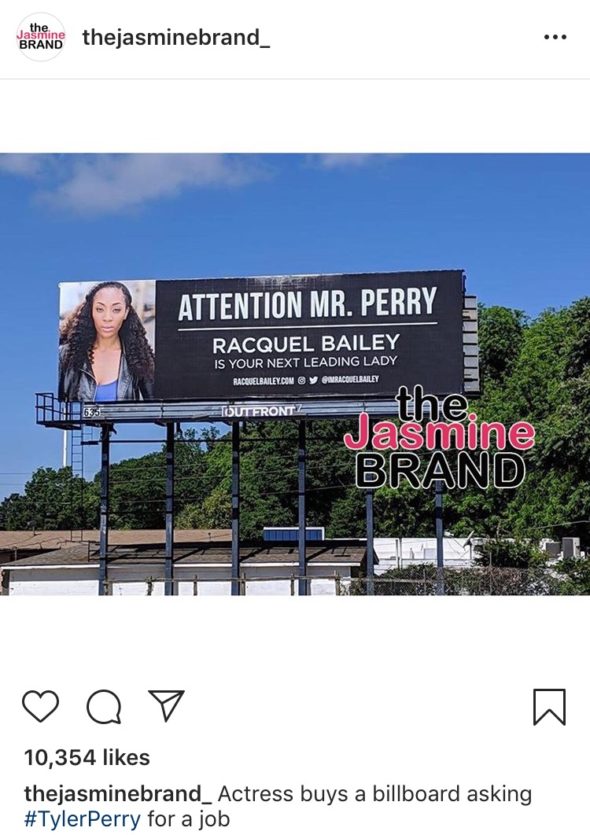 She also posted a message on Twitter explaining why she decided to take such a massive step to live out her dreams:

“My #LeapOfFaith. I’m just a mother wanting to show my children that I went for it all, that I chased my dreams. So one day, they’ll be able to do the same.” 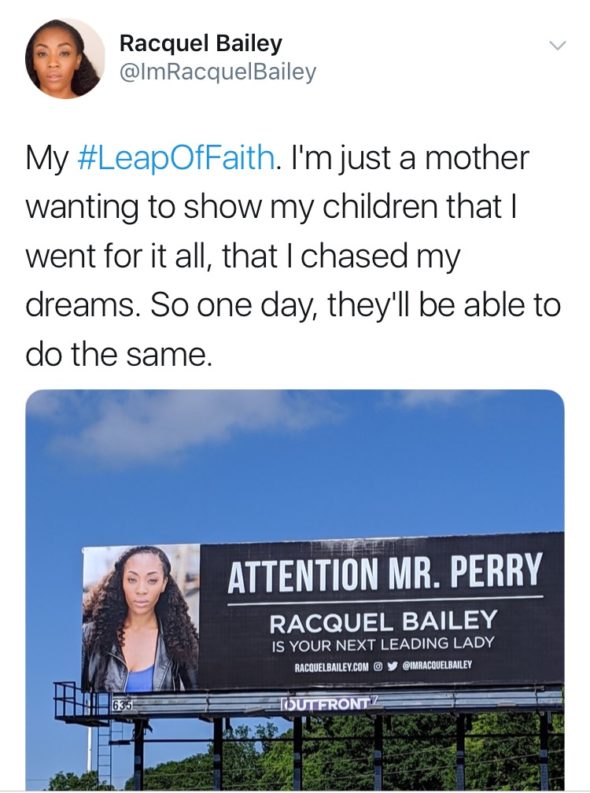 What do you think of the billboard & Tyler Perry’s reaction? Let us know in the comments! 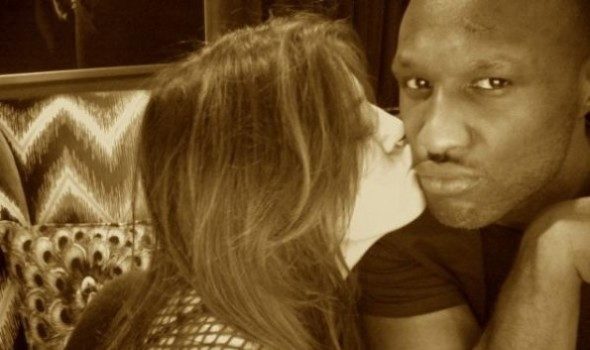 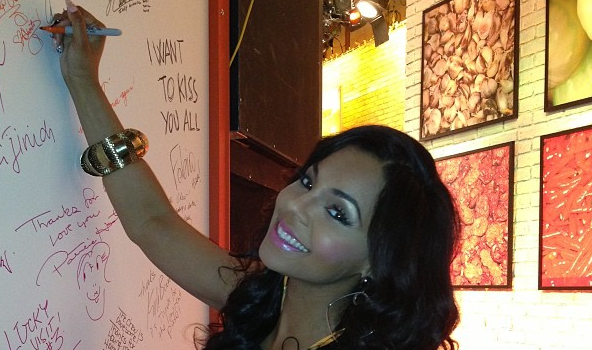 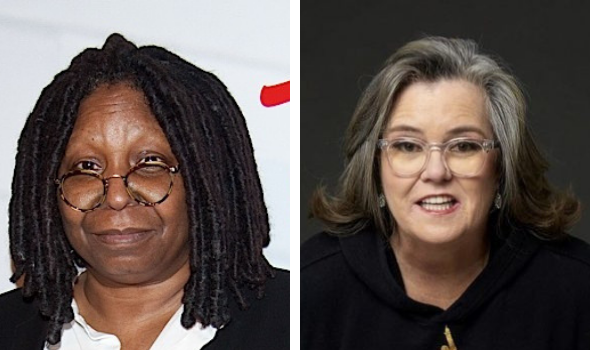