“David Ortiz’s father, Leo Ortiz, said that David is currently resting after surgery and that no organs were affected by the bullet. They anticipate a total recovery.” 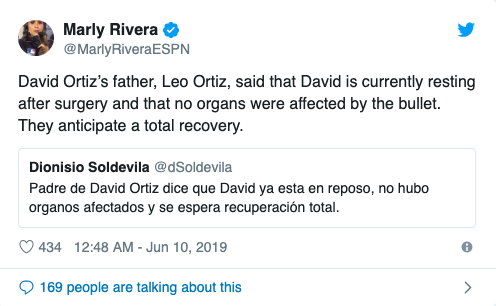 She also tweeted that David’s brother, Eloy Ortiz, also confirmed that his surgery was successful. 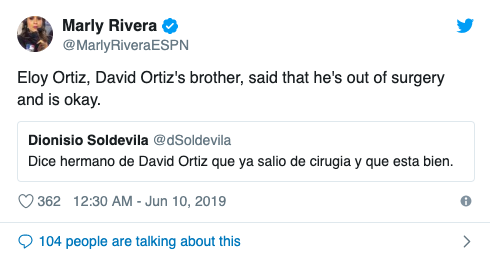 A journalist in the Dominican Republic also said that Ortiz said while in the emergency room,

As for the shooting, one suspect is in custody and several others have been detained. 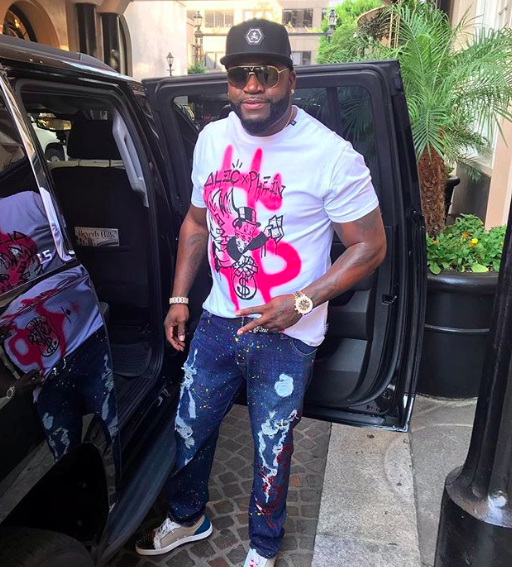 Security footage of the incident also made its way to social media.

Moments when David Ortiz gets shot
via video from @Djkekoficial
pic.twitter.com/WAvFDC6zcY

Rumors that it was an attempted robbery were also cleared up.

“Police in the Dominican Republic are saying the gunshot wound suffered by David Ortiz was not from an attempted robbery, as initially speculated. Alleged video of the incident shows a man walking up to a bar, aiming almost point blank and firing a gun.”

The Red Sox also sent its well wishes to Ortiz and his family.

“Late last night we were made aware of an incident involving David Ortiz in the Dominican Republic. David’s family has confirmed that he sustained a gunshot wound to the lower back/abdominal region. David is being treated at Clinica Abel Gonzalez in Santo Domingo where he is recovering after surgery. We have offered David’s family all available resources to his aid in his recovery and will continue to keep them in our hearts.” 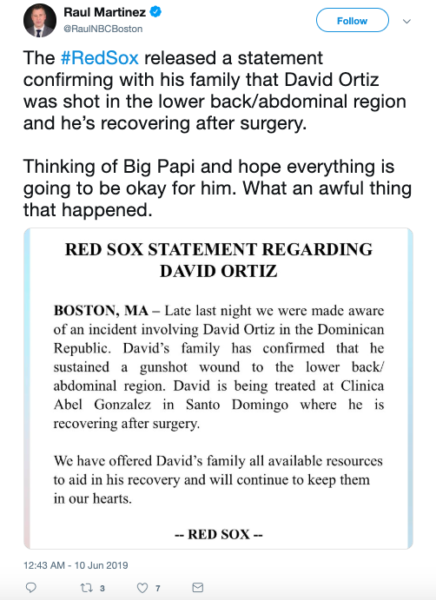 “I’m at peace knowing you out of danger; you a strong man Compai, can’t wait to hear your voice. My thoughts and prayers are with you, see you soon.” 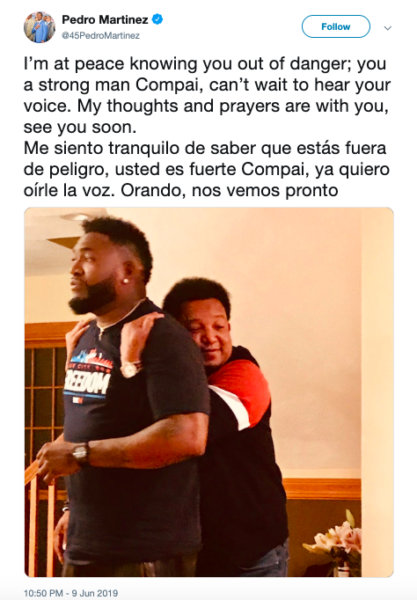 Ortiz retired in 2016 but is still an ambassador for the Red Sox. He won three World Series championships during his career and is still known as one of the best players in the MLB.

Praying all continues to go well! 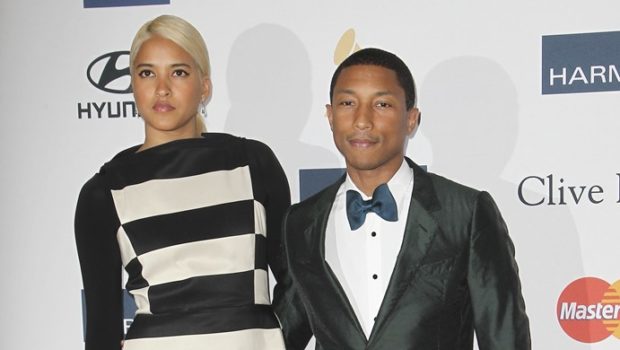