The grand jury for the trial of Eric Holder is in session. And more details of the tragic shooting of rapper and activist Nipsey Hussle was revealed and has been made public.

According to court documents, Hussle was in strip mall park, an area where he was the owner of multiple businesses, for not even 30 minutes when his alleged shooter, Holder, came up to him. They shook hands and talked for roughly four minutes. During that time, they discussed snitching before Holder walked away.

Still, the prosecutor said it was intense enough for Holder to go back to the area and shoot and kill Hussle with two guns. After his first encounter with Hussle, Holder went and got chili cheese fries from a burger place before getting into a woman’s car. While they took off, Holder later came back for his second encounter with Hussle. This time, he had one gun in each hand and began shooting.

Hussle, who suffered a minimum of 10 gunshot wounds told Holder,

Holder reportedly kicked Hussle in the head before he ran off.

The woman who drove the vehicle known as Holder’s getaway car also testified in exchange for immunity. Her identity is being withheld from the public for her safety. She said that she was dating Holder at the time of the shooting. The two met in February. She said she and Holder were going to a burger place when they spotted Hussle. She mentioned that she was excited to see the rapper. She pulled into a parking lot and Holder approached Hussle first.

“Cuz, have you ever snitched?”

She then took her selfie with Hussle and got back into her car and posted the snapshot on Facebook. Holder returned to the car moments later with his frieds. Shortly after she drove off, Holder took out a gun and she said she made it clear she told him,

He then put the gun away and pulled over so Holder could eat. Unfortunately, instead of eating, Holder got out of the car and told the woman he’d be back. She heard gunshots and saw people running away. Holder then got back in the car upset. She asked him what happened and he told her he’d slap her if she didn’t drive off. She then took him to his cousin’s house, and he later called and asked if she could help him get a hotel room for the night. She told the prosecutor that she never thought he was hiding anything.

She started coming across social media posts that called out Holder as Hussle’s shooter. She asked him about it at the motel and said he stayed quiet but started to breathe really hard. He then asked her to take him to Jack in the Box and to get cigarettes. When she returned home from there, she saw her car on the news. So she and her mother went tot he police station. At first, they were turned away when an officer told them,

“Don’t listen to the news.”

They later returned and she was interviewed for five hours. She told police that Holder said he wanted to do a drive-by, but she refused to let him use her car.

“Man, you know, they got some paperwork on you. Like you need to maybe take care of that.”

“basically telling the guy you need to be careful.”

Douglas went inside to eat lunch. He heard gunshots and by the time he got back out, Hussle was down.

“He was still breathing, you know, like biting his tongue a little bit, then he — he was just trying to fight it, trying to gain consciousness, and he was going out. And he just kept — he just kept fighting.”

Kerry Lathan, a man who was talking to Hussle and was also shot, shared his story from a wheelchair thanks to injuries he suffered in the shooting. He was also given immunity to testify. He said he was only in the area for a couple of minutes when he was shot. He said the shooter said, “You’re through,” before he opened fire.

Holder has been charged with six counts including murder, attempted murder, assault with a firearm and possession of a firearm by a felon. He’s being held with bail at $6.5 million. He’s entered a not-guilty plea, but he’s found guilty, he could spend the rest of his life in state prison. 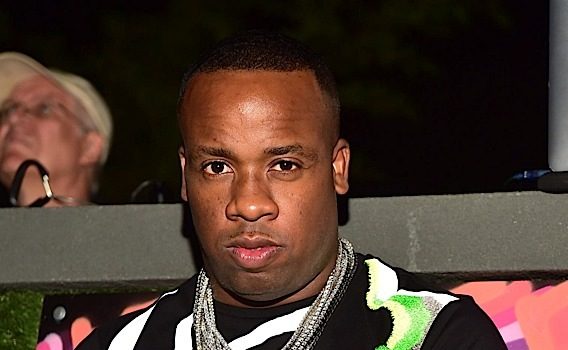