We’re sending prayers to Safaree Samuels and his family. He revealed on social media that the people accused of killing his uncle have been convicted and sentenced to life in prison. He tweeted out a message for the people who are accused of doing it.

“The 3 people who got caught for killing my uncle all just got life In Prison… the story is so crazy. They sent a girl in to poison him and when that didn’t work they rushed the house and stabbed him to death. Rot in hell you pieces of s***!!!” 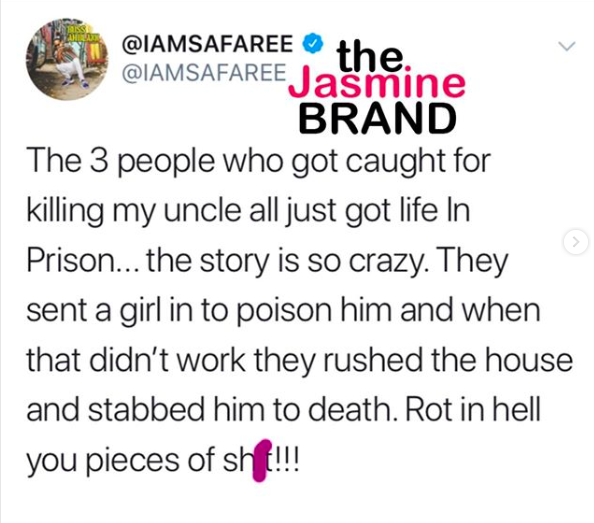 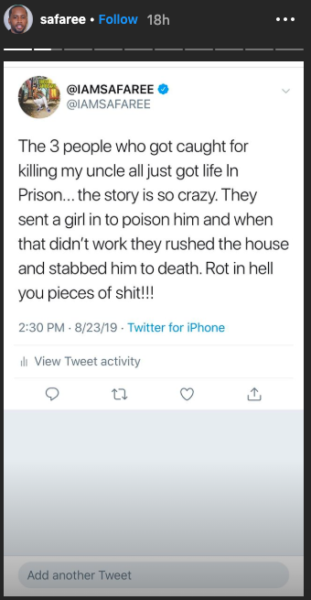 It was previously reported that Samuels revealed his father passed in 2017.

He later shared a message for his uncle.

“You were always so proud of me and proud I was your nephew… I’m Numb right now.. I’m only doing this because I want to bring awareness to some1 killing my uncle vern Vincent Roper and getting them caught. Palmdale California isn’t that big of a place so I know someone knows what happened and you will be caught. My last uncle in America man I can’t believe this…this shit hurts. The last pic he sent me. Can’t remember the last time I felt pain like this. Can’t stop crying.. everything I do is gonna be for you. #palmdale #california” 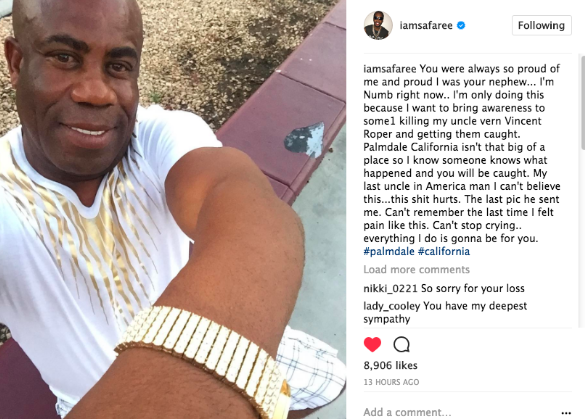 Prayers for Safaree and his family!

Alexis Skyy Slams Child’s Father Brandon Medford: I Pray For A GOOD MAN To Be A Father Figure To My Daughter
Exclusive
Post Slider