The Oakland Raiders are set to suspend newly acquired wide receiver, Antonio Brown following a heated conversation with Raiders general manager, Mike Mayock on Wednesday, according to reports. The verbal altercation allegedly began after Brown was told by Mayock he would be fined over $50,000 after missing a team practice and activities. Sources close to the team report there was a “screaming match,” and the wide receiver threatened to allegedly punch Mayock in his face,

“More on Raiders WR Antonio Brown and Mike Mayock yesterday: It did not get physical, sources say. But after a screaming match, Brown told Mayock that he would hit him in the face and then punted the ball… and said, Fine me for that.” 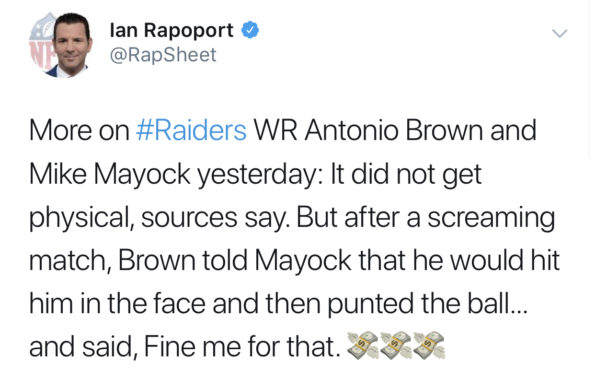 “When your own team want to hate but there’s no stopping me now. Devil is a lie. Everyone got to pay this year so we clear.” 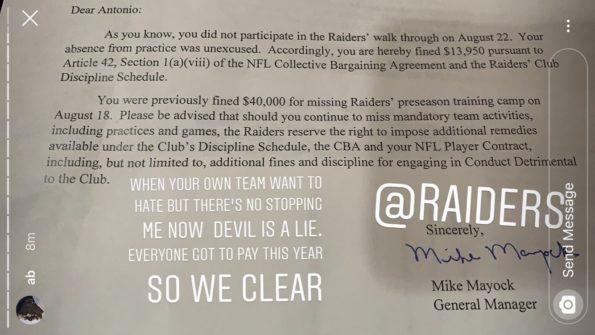 “I’m emotional about it, I hope you understand why. I think a lot of this guy. I think Antonio is a great receiver, and deep down I think he’s a really good guy. So, I’m frustrated, I’m not going to say anything more about it, hope it all works out. But I don’t have anything official to say about anything else, until I get all the facts and that’s what I’m going to do.”

As previously reported, Brown was upset with the NFL for not allowing him to use his 10-year-old Schutt Air Advantage helmet because it did not pass safety standards. He continued his stance by filing a grievance with the NFL over league’s enforcement of its helmet violations. Nearly three weeks later, Brown lost his helmet grievance case. Afterwards, the Raiders made a decision to allow a company make him a custom helmet. 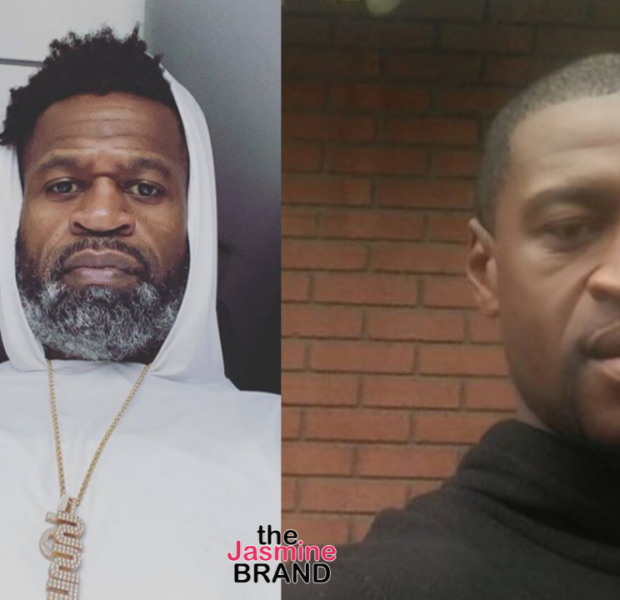 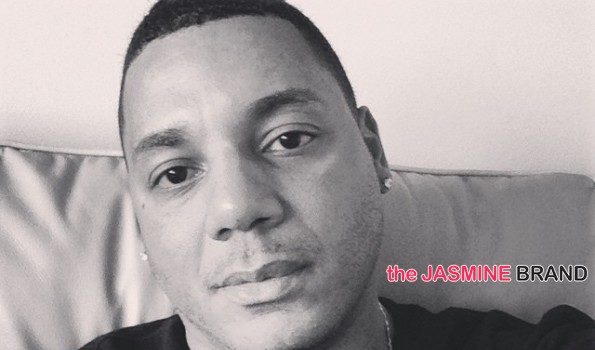 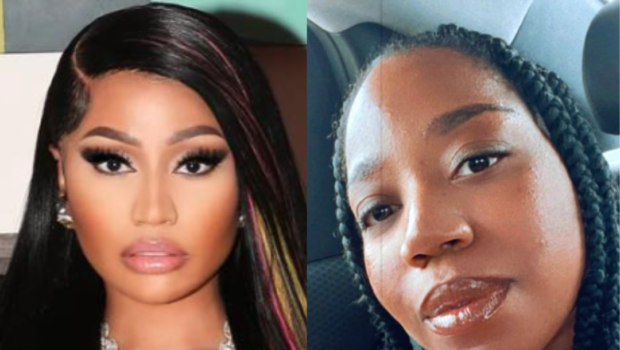