Arrest Warrant Out For R. Kelly After He’s A No-Show In Court

R. Kelly might be in federal prison in Chicago but now, an arrest warrant has been issued for the singer in Minnesota. He allegedly failed to appear in the state’s Hennepin County District Court.

Senior Hennepin County Attorney Judith Cole revealed that no one came to the court to represent Kelly, who has been charged with two counts of engaging in prostitution with a person under 18 in the state.

While Kelly clearly couldn’t make the Minnesota court date because he’s serving time in the Federal Metropolitan Center in Chicago for federal sex crime charges (that trial will begin in April 2020), his lawyer Steve Greenberg has denied getting any notice that he needed to appear in the Minnesota court for Kelly.

He took to Twitter Thursday (Sept. 12) to clear things up.

“It is irresponsible for the media to report #RKelly ‘failed’ to appear in Minnesota court today. I was not served with any notice of court proceedings, nor was he. I did not resist his appearance, nor did he.”

He also pointed out that Kelly can’t simply leave federal custody for a court date elsewhere.

He called out the media and added, 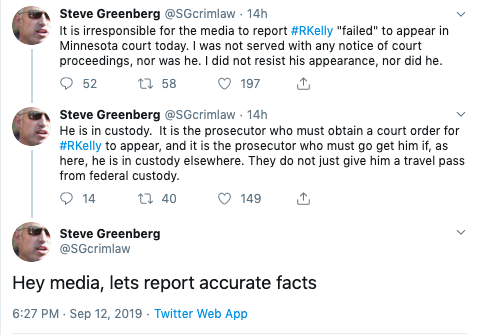 Still,  thanks to the warrant, it will reportedly not be an option for Kelly to skip the next court date.

The Minnesota incident allegedly took place in 2001 after a 17-year-old girl asked Kelly for an autograph. He allegedly not only gave her an autograph but his phone number. When she called him she was told to go to his hotel room. Once there, he allegedly gave her $200 to dance for him and VIP tickets to his concert. He’s accused of inappropriately touching her while she was in his room.

What are your thoughts on the latest concerning R. Kelly? Tell us in the comments. 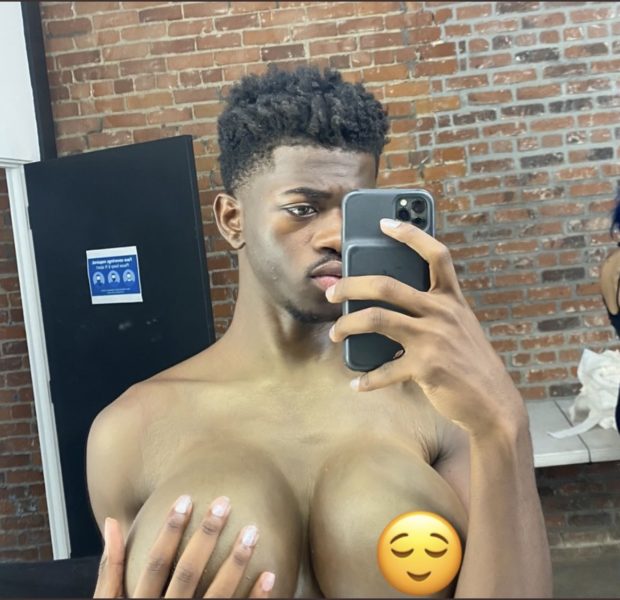 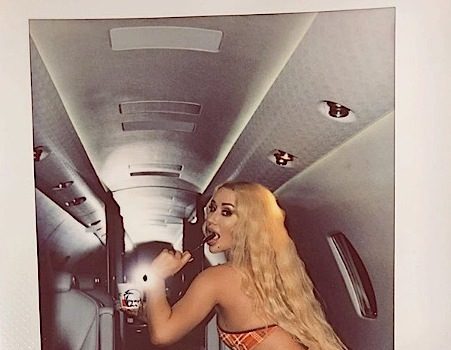 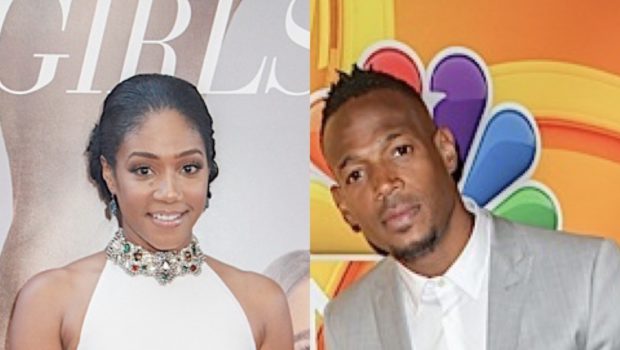