Zac Efron has spoken out after reports said he was hospitalized following his battle with a nearly-fatal bacterial infection.

It was previously reported that he contracted an infection while taping his digital Quibi series “Killing Zac Efron” in Papua New Guinea.

The Sunday Telegraph reported that he was airlifted to a remote Brisbane, Australia hospital where he received treatment for multiple days. He was able to fly back home in time for Christmas Eve.

He took to social media Sunday (Dec. 29) to let his fans know that all is well.

He shared a photo of him with locals and wrote,

“Very thankful to everyone who has reached out. I did get sick in Papua New Guinea but I bounced back quick and finished an amazing 3 weeks in P.N.G. I’m home for the holidays with my friends and family. Thanks for all the love and concern, see you in 2020!” 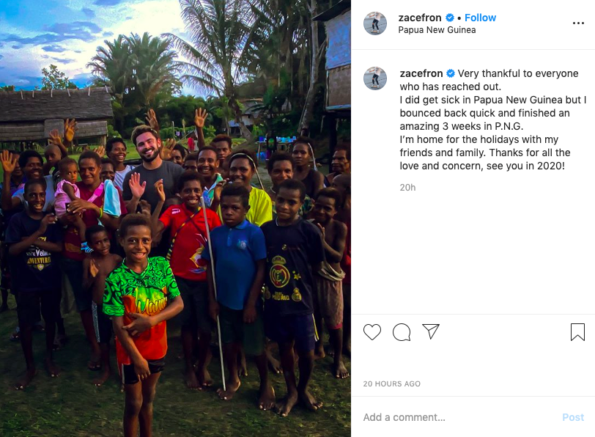 According to the publication, the series shows Zac Efron in a remote jungle as he disconnects from the world

“carve his own name in expedition history.”

He previously said of the show:

“I tend to thrive under extreme circumstances and seek out opportunities that challenge me on every level. I am excited to explore any uncharted territory and discover what unexpected adventure awaits!” 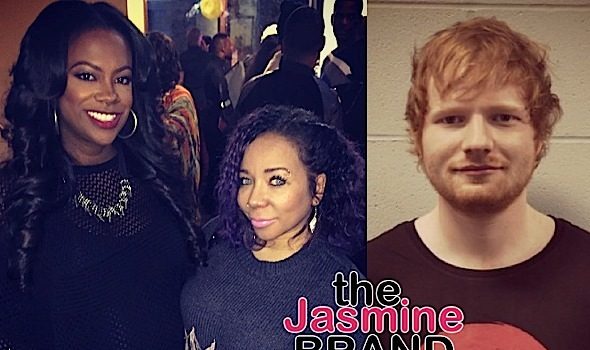