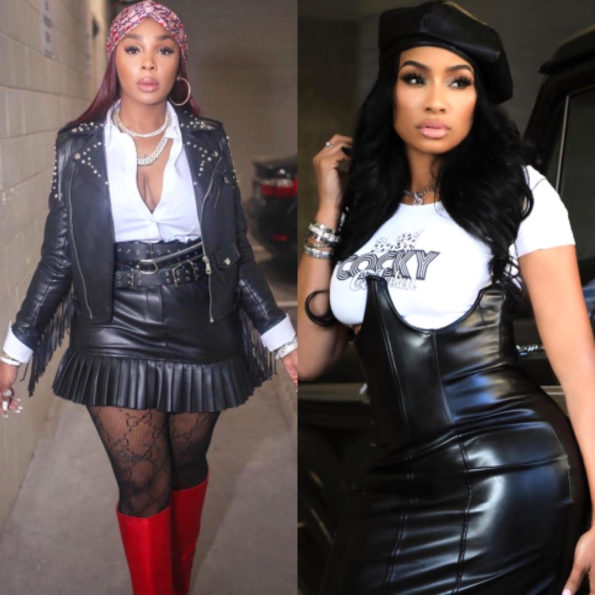 The ninth season of “Love and Hip-Hop: Atlanta” just started, and tension is already thick between the cast members. Glam Shop owner/beauty influencer Sierra Gates‘ current storyline focuses on recent legal troubles. Last year, while at the funeral of her ex-husband, Shooter‘s, teenaged son – Sierra was accused of physically attacking one of Shooter’s other pregnant baby mamas.

Sierra pleads with her ex-husband and father of her child, Shooter, testify her innocence in court, but he REFUSES! ?????? Was this too much to ask of him? #LHHATL is ALL NEW MON at 8/7c!

Sierra insists that the fight never happened and that her castmate, Karlie Redd, was in attendance to vouch for her. Meanwhile, Shooter’s baby mama pressed charges against Sierra, and because the woman was pregnant – Sierra could face jail time.

As Sierra gets ready for her appearance in court, a VERY unwelcome arrival throws her all the way off! #LHHATL is ALL NEW TONIGHT at 8/7c!

But, in a strange turn of events, Karlie Redd didn’t show up to Sierra’s court date to testify on her behalf. Karlie was shown stuck in traffic en route to the courts, but Sierra Gates was tipped that Karlie had no intention of making good on her promise. This spawned an entirely new fight! Karlie threatened to renege on her testimony after things got heated at Sierra’s party:

“Sierra Gates: It’s not about you! This is about me!

Karlie Redd: Keep that same energy because I know that you need me to be there.”

"Karlie, I already have ONE case, I don't need another one!" ??? After Sierra heard a rumor that Karlie had NO INTENTION of showing up to court, she decides to confront her, and things escalate to a physical level! #LHHATL

“Sierra: I don’t need you to do a motherf*ckin’ thing! I got a great lawyer. I’mma keep that energy! Don’t ever think I need you, ’cause that’s where you got me f*cked up!

Oop! Are you watching “Love and Hip-Hop: Atlanta” this season? Let us know what you think in the comments.