R. Kelly’s ex-girlfriend, Azriel Clary has made her disdain for the singer very public amid her claims that she was detained and abused by him for years.

Azriel Clary has been extremely vocal using her social media platforms to reveal details of what allegedly happened behind the scenes. Her recent Twitter posts suggest she’s addressing reports he was denied his attempt to get released from jail early because of the COVID-19 outbreak. He’s currently behind bars awaiting his trial for child pornography and related charges.

“It really boggles my mind how a man would leave women in rooms for days, with no phone just paper to write an apology..but now that you in a room all day with no phone, you don’t like it.  The irony.”

She also appeared to agree with a Twitter user who referenced R. Kelly’s illiteracy issues. 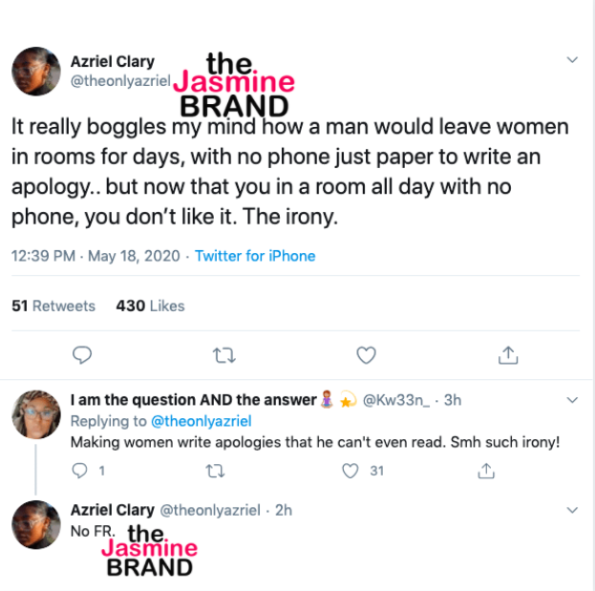 “no one should have to lose for you to win”

R. Kelly has been denied his request for an early release from prison three times, despite his lawyer citing his pre-diabetic condition.

US District Judge Ann Donnelly, said, according to reports,

What do you think about Azriel Clary’s tweets? Let us know in the comments! 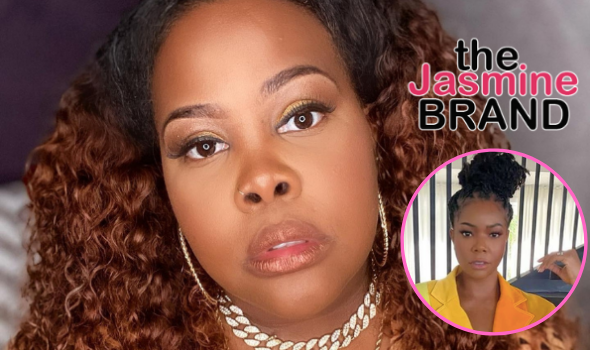 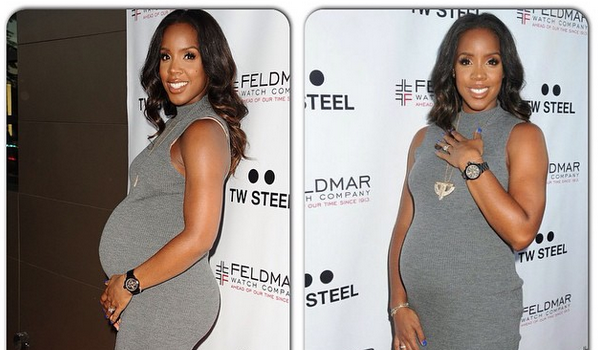 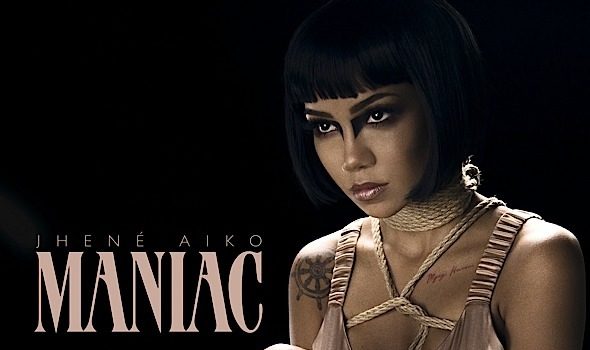