Self proclaimed “Hot Girl”, rapper, Megan Thee Stallion is celebrating big time!  She has taken to her social media to announce that she and fellow Houston bred artist, entertainment icon, Beyonce, have landed the #1 spot on Billboard’s Hot 100 charts.  This comes just weeks after Houston Mayor, Sylvester Turner, announced that the duo would each receive their own respective days in Houston, Texas. 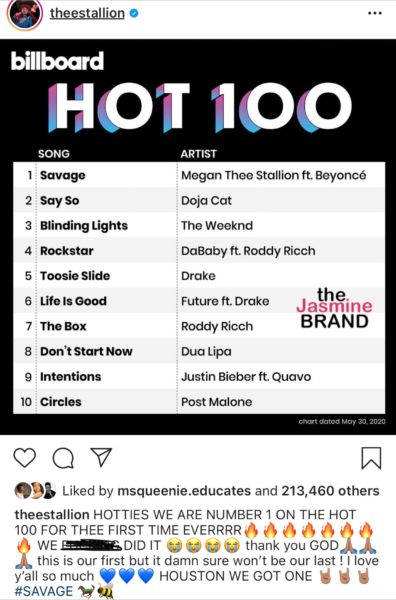 Fellow rapper, Kash Doll responds with her congratulations.  She writes,

Megan Thee Stallion also gives props to her followers the “Hotties”, and Beyonce’s fans, whom they affectionately call themselves, the “Beyhive”.  She writes,

“Hotties and the Hive did dat”

More love from fans poured in for the “Savage” rapper.  @2020predicts writes,

“it’s what you deserve”

Other Megan fans responded to the rapper saying,

“WE’RE SO PROUD OF YOU MEGAN”

Megan was very emotional on a recently posted video, as she talked about her late mother and the collaboration with Beyonce.

“Like I really could’t believe it. it’s really crazy because my momma was a really huge fan of Beyonce and she used to make me watch a lot of Beyonce stuff. When I met her I was like “oh my god” and I didn’t want to be like “oh my god Beyonce me and my momma love you like this sh*t is crazy and I can’t believe we meeting you”. For Beyonce to even do a song with me, I really only been out for like 2 years this is the beginning of year number 2, like Beyonce? Beyonce! It’s really crazy. They told me that Beyonce was gonna get on “Savage” I was like shut the f*** up y’all are lying. I feel like it’s a really big thing, its like a big thing for the city [Houston], its a really big thing for the south side. Which bi**h you know from Houston, Texas from the motherf*****g south side really doing s**t like that?”

The original “Savage” song rose to popularity after a Tik Tok #savagechallenge was created by Keara Wilson.  The dance soon took off after Megan, herself, did the challenge.

just wanna give a HUGEE HUGEE shoutout to @theestallion ? THANK YOU SO MUCH !?? this is something i’ve always wanted to do & seeing this im speechless ?? keep doing the dance everyone ?#savagechallenge #kekejanajah

Listen to the “Savage” remix below!

Congratulations go out to Megan Thee Stallion and Beyonce for landing that number 1 spot!  Are you happy for them?  Comment below! 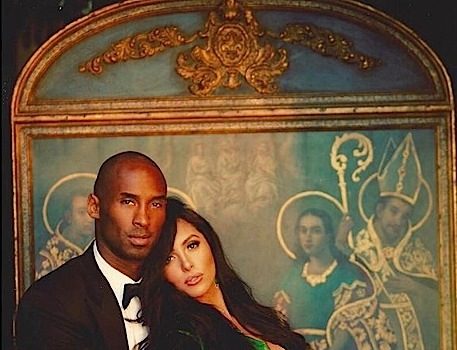 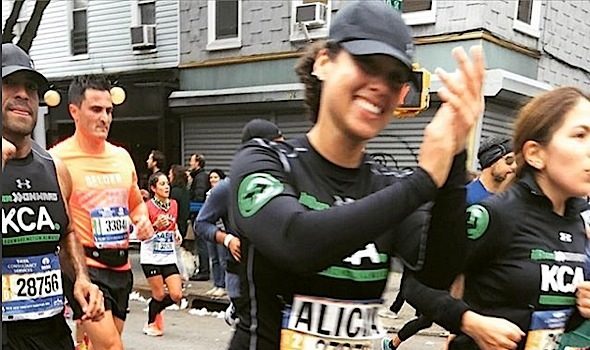