Jay-Z‘s Roc Nation is calling for the immediate termination of Joseph Mensah, an officer who is responsible for the death of three men of color in Milwaukee.

The consistency in all 3 deaths, is that Joseph Mensah allegedly did not administer CPR. He also allegedly failed to enable his dash camera for two of the deaths.

Jay-ZJay-Z‘s social justice organization Team Roc took out a full-page ad in the Milwaukee Journal Sentinel on Thursday (June 2nd), addressed to the  District Attorney John Chisholm about the 3 tragedies. The letter begins,

“Let us start off with a simple question – how many more people must die at the hands of Officer Joseph Mensah? Since joining the Wauwatosa Police Department in 2015, Mensah has shot and killed THREE men of color—Alvin Cole, Antonio Gonzales and Jay Anderson—with an excessive total of NINETEEN fired shots. His actions demonstrate an utter disregard for the lives of these young men. What is also egrigious is the department’s failure to mandate body camera has enabled these tragic instances. The failure to preserve video evidence has impeded multiple investigations.”

The letter also asks that John Chisholm make it mandatory that body cams be enabled on all officers, as well as prosecute John Mensah “to ensure he never kills anyone again.” 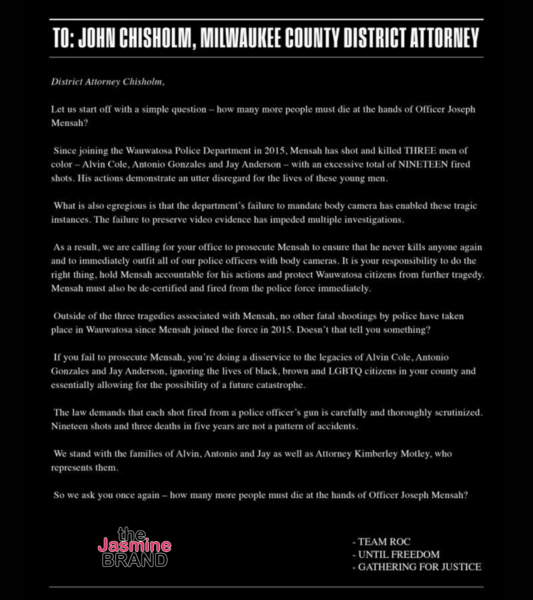 “If you fail to prosecute Mensah, you’re doing a disservice to the legacies of Alvin Cole, Antonio Gonzales and Jay Anderson, ignoring the lives of black, brown and LGBTQ citizens in your country and essentially allowing for the possibility of a future catastrophe.”

“The law demands that each shot fired from a police officer’s gun is carefully and thoroughly scrutinized. Nineteen shots and three deaths in five years are not a pattern of accidents.”

Jay Z has also spoken about injustices in Minnesota. Through his label, Roc-Nation, he recently issued this statement to Minnesota Governor Tim Walz on the phone, calling for justice in the death of George Floyd:

“After our very earnest conversation, thank you to Governor Walz for doing what’s right and calling in Attorney General Keith Ellison to take over the George Floyd case. Earlier today, Governor Walz mentioned having a human conversation with me – a dad and a Black man in pain. Yes, I am human, a father and a Black man in pain and I am not the only one.”

In a press conference (5/31/20) Tim Walz mentioned his phone conversation with the Grammy-Award winning rapper:

“To understand how big this was- I received a call last night from Jay-Z. Not [as the] international performer, but dad stressing to me that justice needs to be served.”

During a press conference, Minnesota Governor Tim Walz told the media that JAY-Z called him to demand justice for #GeorgeFloyd

"I received a call last night from JAY-Z, not international performer but dad stressing to me that justice needs to be served"pic.twitter.com/itgRq2um0n

Last year, Jay-Z stepped in as a consultant to the NFL’s entertainment committee in hopes of remedying their relationship with people of color. Former football star and activist Colin Kaepernick – along with many other – slammed Jay for this comment:

“I think we’re past kneeling. I think it’s time we go into actionable items…everyone knows what the issue is, and we’re done with that. We all know the issue now: [police brutality]. Ok, now next.”

What are your thoughts on Jay-Z’s open letter? Let us know in the comments! 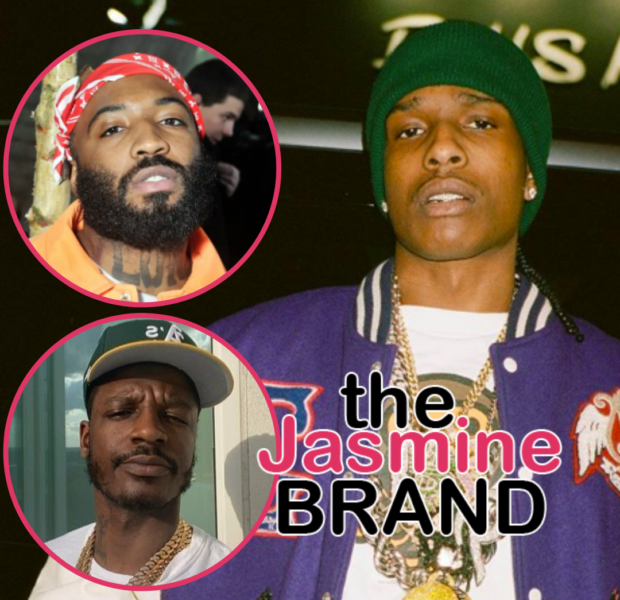 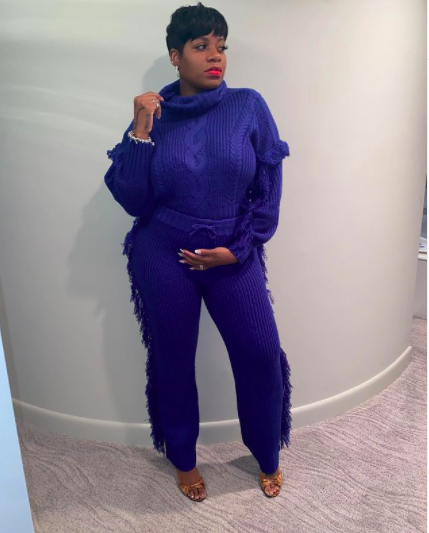 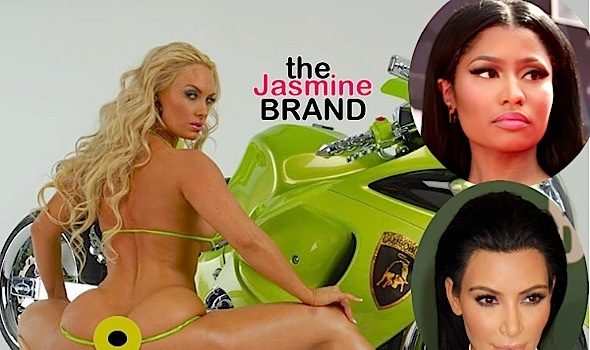 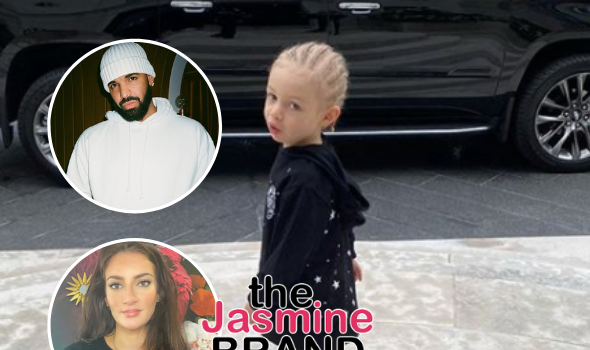 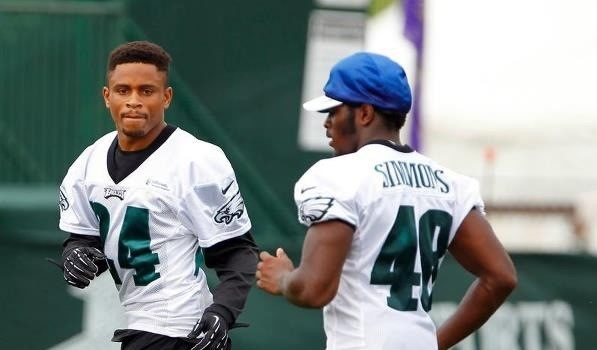