Tyler Perry is in the news again for yet another good deed. The Atlanta-based entertainer purchased more than 1,000 Kroger supermarket gift cards and donated them to the Atlanta Police Department to hand out to Atlanta residents. The purpose of this was to help bridge the gap between the ADP and the communities they serve. Following his good deed, Tyler Perry released a statement that said,

“This is about the community that I love, that I live and work in. This about good people who are in need of a hand up, not a hand out.”

“This is about the good police officers who do their job well every day, some of which are my personal friends. This is about trying to bridge unity in a city that adopted me and held me up high enough to reach my own branch on the tree of success.”

The gift cards were of the amount of $50 each. The Atlanta Police Department was pleased with his donation and attempt to bridge the gap. 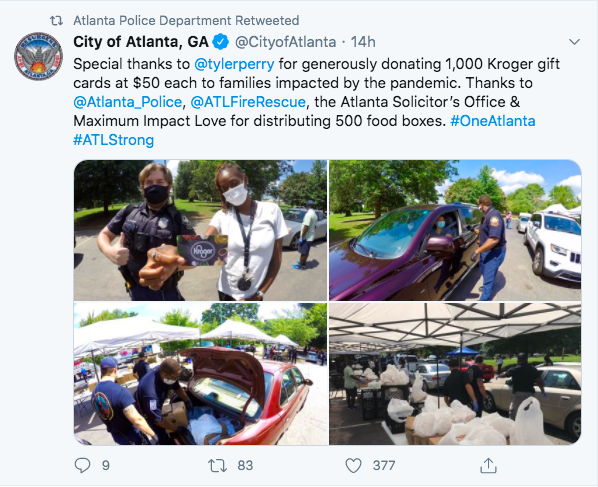 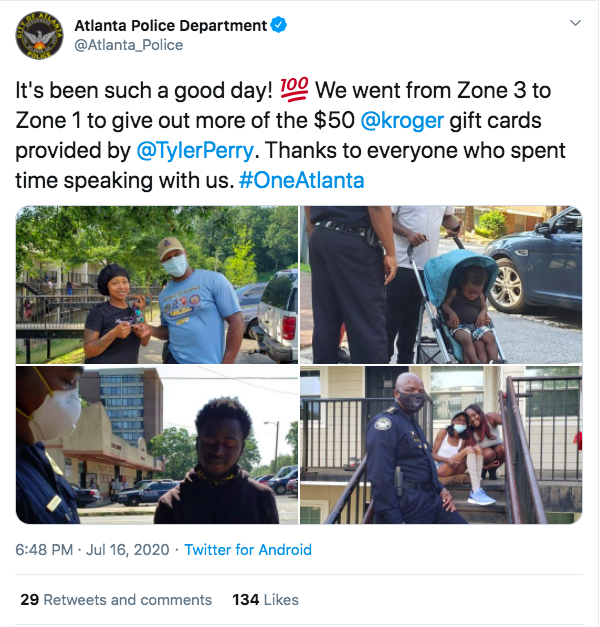 His donation also comes after protests rang out in the city following the police-involved death of an unarmed black man, George Floyd, in Minneapolis in May. The incident sparked protests and looting in cities around the nation, including in Atlanta, and put the strained relationship between police and the black community in the spotlight.

He spoke out against looting, stating it wasn’t “the answer.” 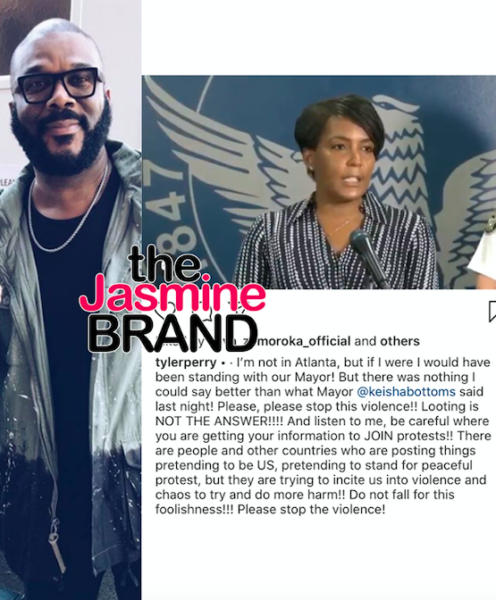 This isn’t the first charitable thing that Tyler Perry has done this year. Just recently he paid for the funeral expenses of an 8-year-old girl that was fatally shot in Atlanta.

Tyler Perry also paid for the funeral expenses of  Rayshard Brooks, a 27-year-old black man who was gunned down by police officers in an Atlanta Wendy’s drive-thru.

In addition to that, The entertainment mogul purchased a new vehicle for the non-profit organization Project U First. Project U First is owned by Erica Wright and is an Atlanta based Women’s Organization that helps provides hygiene products to people experiencing homelessness.

What are your thoughts on all the good Tyler Perry is doing this summer? Let us know in the comments.

Wendy Williams Producers Begged Her To Address Fans On Social Media: She Went Behind Their Back & Set Up Her Own IG Account Because She Doesn’t Trust Anyone On The Show 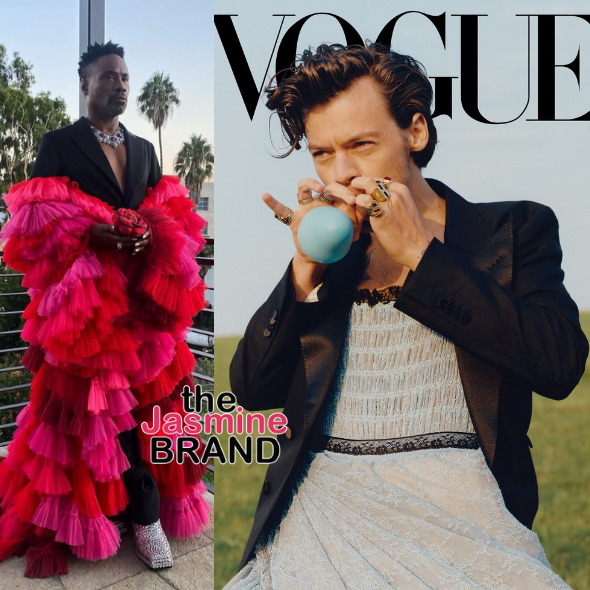 Wendy Williams Shoots Down Kevin Hunter Rumors: The Only Business That We Are Involved In Is Getting Our Divorce Finalized
Exclusive
Post Slider 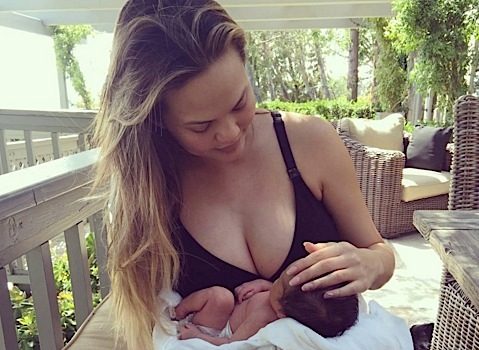 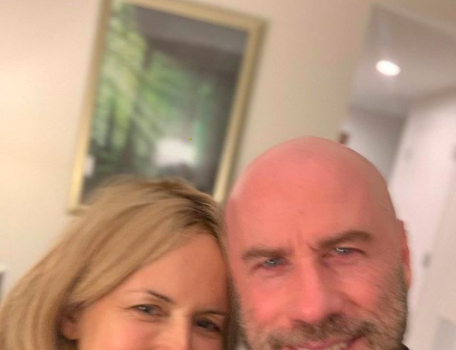