Just when it seemed that Ellen DeGeneres could bear no more criticism, a new claim from an alleged former employee has surfaced.

According to reports, the unidentified employee who allegedly once worked at Ellen DeGeneres’ home states that

“Ellen was the worst person that I’ve ever met in my life.”

The worker alleges that Ellen DeGeneres, whose self-titled talk show has been the center of backlash after multiple claims of racism and sexism by former employees, was more relaxed at home where employees were able to see her “real personality”.

“My belief is that someone’s real personality comes out at home. So after everything that has been said about her at work, you can imagine how terrible Ellen is going to be at home when her guard is down. Sometimes she would yell at us but it was more about the incredibly condescending tone she would use. She treated you like you were nothing.”

Allegedly, Ellen would “lay traps” for her household staff such as placing matches around to make sure that surfaces were clean.  The source claimed they were “always stressed out and on the verge of tears.”

“She was going to torture you and you were just going to sit there and listen to it because you were being paid.”

The former staffer continued, alleging that

“I was told that she had a very high turnover and that I should stay under the radar as much as possible, avoid as much direct contact with Ellen as possible. Working there was described as being more like a boot camp.”

Amid personal and professional accusations against the comedian and TV host, several celebrities including Kevin Hart, Octavia Spencer, and Tyrese have spoken out in support for Ellen’s character. 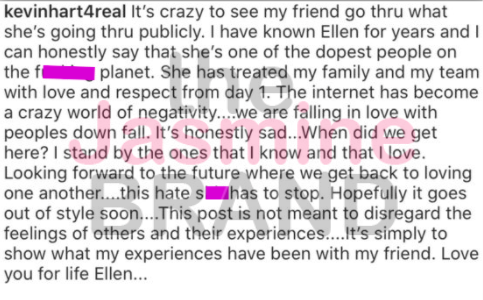 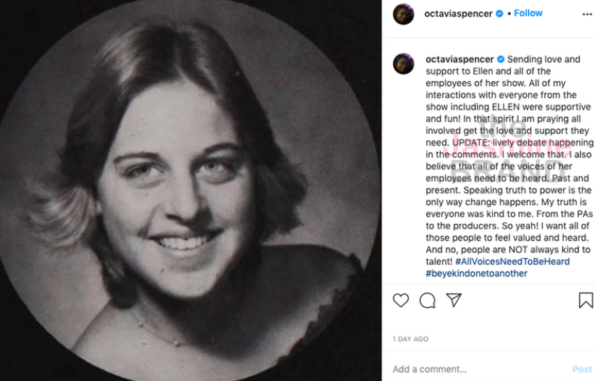 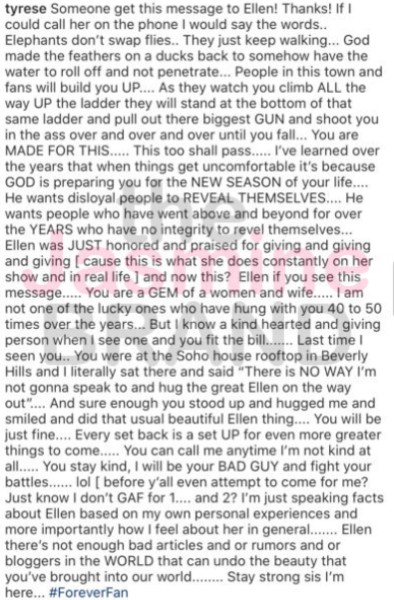 A rep for Ellen denied the claims by the alleged former employee stating that it’s “absolutely not true”. 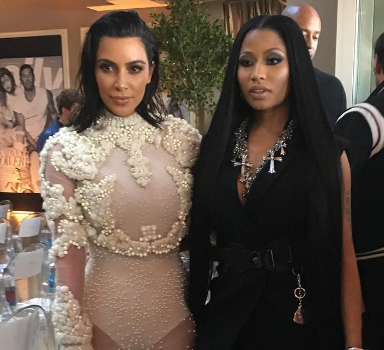