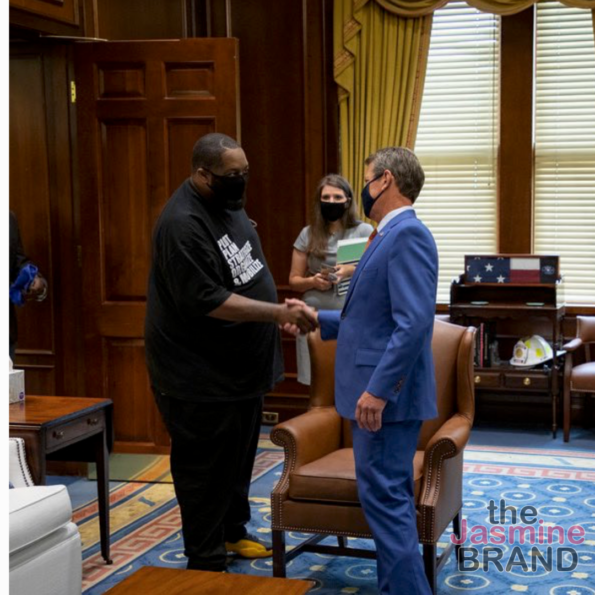 Georgia Governor Brian Kemp met with rapper Killer Mike, and the internet had lots to say.

The sit-down comes after a lawsuit was reportedly filed against Gov. Brian Kemp, who was accused of voter suppression, and removing thousands of voters from ballots if they left the state or “moved from their congressional district.” On the list were mainly Black voters.

Gov. Brian Kemp announced his meeting with the activist and rapper on Twitter.

“Today, Marty and I had a great meeting with  @KillerMike We discussed how small businesses and the music industry are weathering the pandemic, the value of our skilled trade workers, and our fight to end human trafficking in Georgia. We look forward to seeing him again soon!” 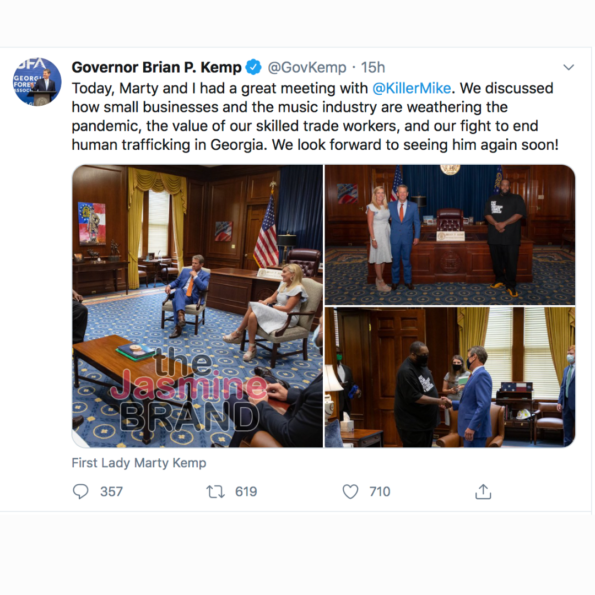 Many questioned if the accusations of Gov. Brian Kemp’s alleged voter fraud discussed as Killer Mike trended on Twitter. Others referenced his victory against Stacey Abrams in the race for governor in 2018.

Killer Mike responded to negative comments, reminding his fans of his 30 years of advocacy and activism for the Black community in Georgia. 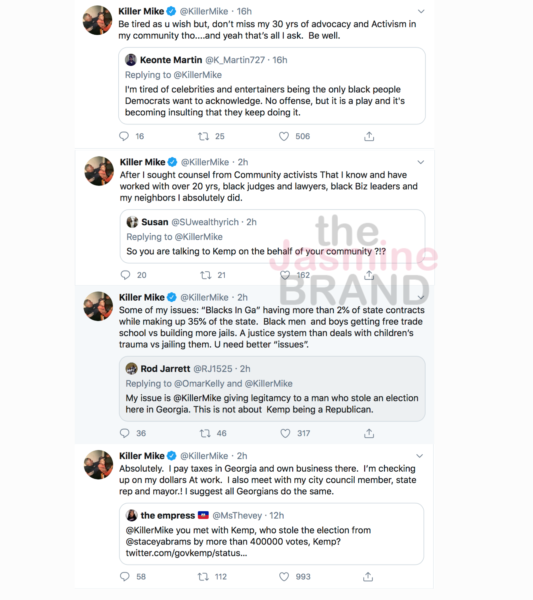 He also posted a lengthy message on his  Instagram, thanking his community for giving him talking points for the meeting.

“I wanna thank my potna Bear Loc (@higherlevelbear) for coming thru with me today as I met with @govkemp. ? Here is what Bear Had to say and I am truly humbled by his words: “This man is working for us even when we don’t see it. I witnessed Michael Render (Not Killer Mike) sit with The Governor of Georgia and give him honest salt of the earth talk on behalf of “Black Boys and Men”, “Barber Busines” & “The Ga Justice initiatives he supports”. Lemme add he has been informed by Local grassroots leaders, Judges and Lawyers he knows and trust and his Homies that are currently serving life. Mike is really the real deal. He ain’t just tapping and rapping. He is about the #plotplanstrategizeorganizeandmobilze move! #AlwaysRolliN#Mybrotherskeeper#Warrior”! Thank U @higherlevelbear. Thank my community and all that advised me on talking points for our community and the wider community. I will say I was welcomed with respect. I was heard and our exchange was productive. I look forward to helping Georgia increase it’s 2% Govt state contract participation to 10-15 % (and greater) participation.! This state can with all its business interest can become an example of what a southern progressive economy can be. This is the 1st of many real and frank conversations to be had. Thank U @govkemp and your staff for the day. #ThankAllThoseWhoCounselMe#YallsInfoHelpsMeBeBetter#ThankMyBrothersAndSisters#ThankAllGeorgiansWhoReallyWork! #IWillContinueDoingMyBestForUs” 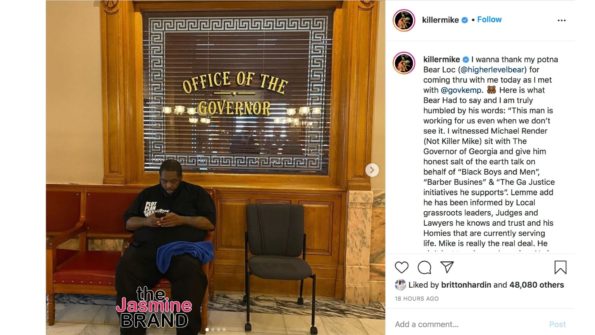 What are your thoughts on Killer Mike’s meeting with Gov. Brian Kemp? Let us know in the comments!
Tags: brian kemp, gov Brian kemp, Killer Mike, recommend
Tweet Like Plus Pin It Share

Da Brat Recalls Dating Allen Iverson, Says “He Had Too Many B*tches” As She Recounts Beating Up A Half-Naked Woman Over Him
Exclusive
Post Slider 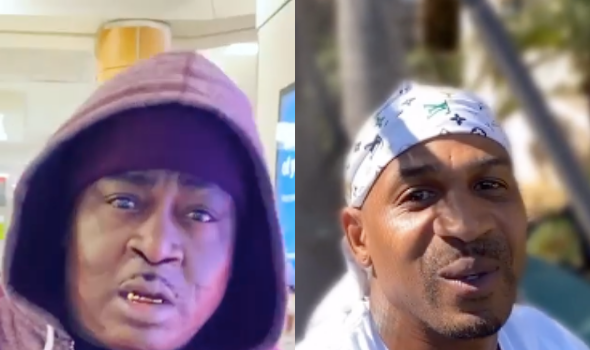