Migos rapper, Quavo, is telling black people to stop drinking Hennessy.  The 29-year old took to Twitter to share his thoughts on the popular liquor brand.

“My Folks Need To Stop Drinkin Hennessy They Don’t F*** Wit Us! No mo Rapping about Henny. The Martell Way Is How I’m Coming and They Appreciate It Better! Martell Blue Swift!” 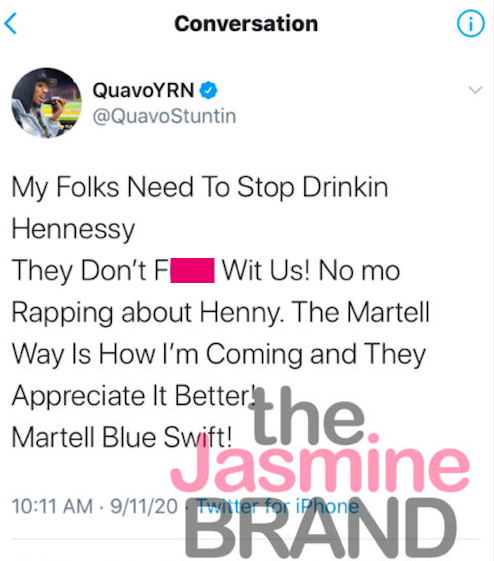 It is unclear what prompted this tweet or why Quavo is taking this stance against Hennessey. Some fans backed him up and others pointed out that rappers still wear luxury brands like Gucci. 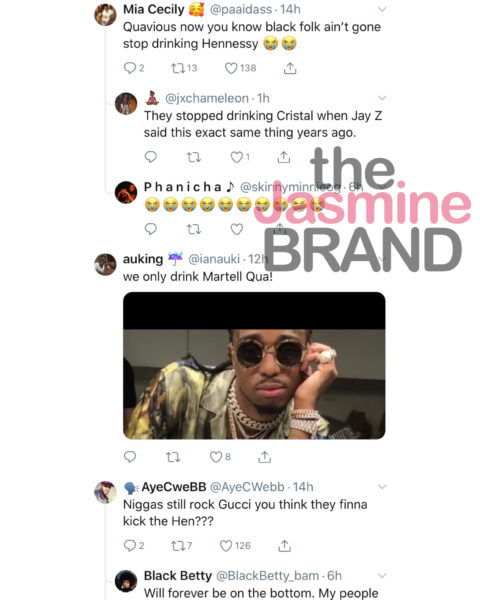 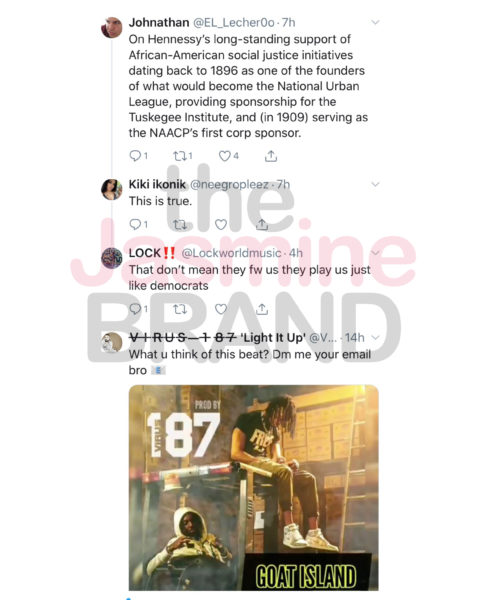 Hennessy has had a long-standing relationship with the black community. Rappers and entertainers mentioned the brand in their music and Hennessey was the NAACP’s first corporate sponsor. It was also the first liquor to be advertised in Ebony and Jet magazines. It created a $10 million fellowship for historically Black colleges and universities to help uplift the next generation of young Black corporate leaders.

What are your thoughts on Quavo’s tweet? Let us know in the comments.

Tina Turner’s Ex Best Friend & Assistant Regrets Writing A Tell-All About Her In 1998: I Did It To Get Her Attention
Exclusive
Post Slider 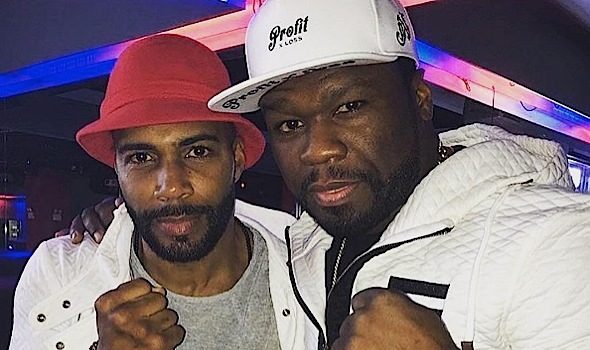