She shared a photo of their newborn and confirmed the name Bliss in the caption. She wrote Sunday (Sept. 20th):

“Today is my birthday but I receive gifts & blessings through God all year around. I’m happy, I’m healthy, I mind my business, never hate on anyone and drink lots of water oh yeah and breastfeed… that’s my remedy lol so say hello to my latest gift BLISS ALLAH Happy Birthday to Me”

Briana Camille announced the birth of baby Bliss in her Instagram stories as she shared a photo of the back of the newborn’s head last month. She also wrote: 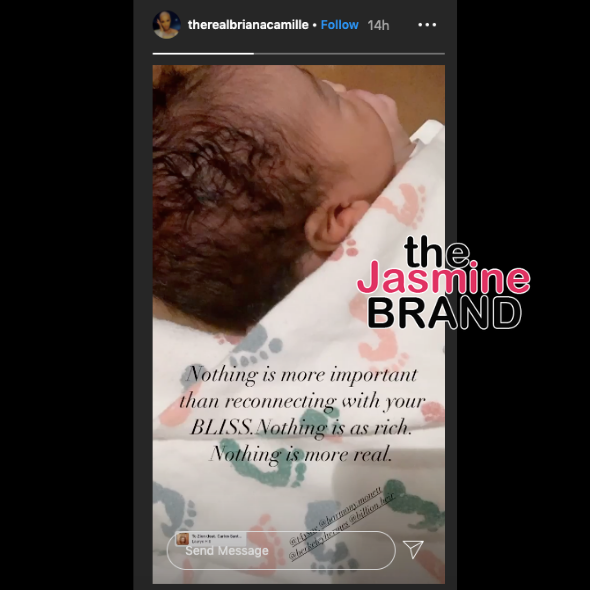 She first announced her pregnancy in June. They also share 2-year-old daughter Berkeley and son Billion, 1.

Rick Ross’ baby mama Brianna Camille officially announces she’s pregnant. This will be their 3rd child together. Congrats to them ?? pic.twitter.com/VGp06OueDg

Meanwhile, the rapper and Briana Camille are caught up in a legal battle as Briana Camille claims that Rick Ross had not been financially taking care of their other two children. She also alleged he had not seen them in months. Reports say she filed court documents requesting an emergency hearing in Fayette County, Georgia regarding her concerns.

Rick Ross recently took a DNA test that confirmed he was the father of the children. Briana Camille has also requested that he be tested for the coronavirus prior to allowing him to see their oldest two children, according to reports. She alleged that based off of social media posts, it appeared that he had not been practicing social distancing during the COVID-19 pandemic and she wanted to confirm:

The two broke up at the beginning of the year.

How adorable is baby Bliss? Comment and let us know!