Update #2 (Feb. 2nd): Chad Wheeler of the NFL has entered a not-guilty plea on charges that he allegedly choked his girlfriend.

Before pleading not guilty, he announced he was taking a break from the NFL. He tweeted,

“Events [that] happened over the weekend that transpired from a manic episode. I am deeply sorry for the pain and suffering that I have caused to Alleah and her family.”

“I apologize profusely for the turmoil that I have caused to my family, teammates, fans and those closest to me. The most important thing right now is that Alleah gets the care she needs and I get help.  Both are happening.” 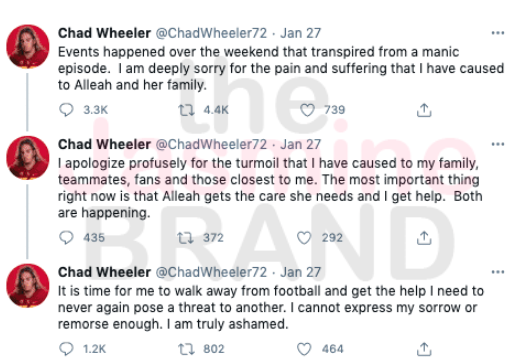 “It is time for me to walk away from football and get the help I need to never again pose a threat to another. I cannot express my sorrow or remorse enough. I am truly ashamed.”

The Seattle Seahawks have also released a statement:

“The Seahawks are saddened by the details emerging against Chad Wheeler and strongly condemn this act of domestic violence. Our thoughts and support are with the victim.”

As of Monday night (Jan. 25th), he was being held at King County Jail with a $400,000 bond after being arrested over the weekend. He was banned from communicating with his girlfriend and had to turn over any weapons.

According to a Kent Police Department report, obtained by Seattle Times, police arrived at the scene after a woman called and said she was locked in the bathroom following a “physical fight” with her boyfriend. She told a dispatcher that she was being “killed”, had a dislocated arm and was bleeding.

Officers said in the report that once they got to the home, they heard screaming coming from inside. They continued to hear screaming from the bathroom after forcing their way in shortly after. They then forced their way into the bathroom where they saw the woman and Chad Wheeler, who was standing next to her.

He was allegedly not cooperating with the police and refused to talk to them.

The victim was taken to a local facility, Valley Medical Center, to receive treatment for pain in her arm.

The offensive lineman was said to be taking bipolar medicine at one point but hadn’t taken it recently. The entire ordeal reportedly started after he told the victim to bow to him. He allegedly threw her on the bed after she refused. He allegedly strangled her and she passed out. He was standing next to the bed when she came to and allegedly told her, “Wow you’re alive?”

That’s when the victim reportedly ran to the bathroom and called police and relatives, the report states. Wheeler was able to pick the lock and go into the bathroom before police arrived.

Wheeler has played in five games for the Seattle Seahawks this season after joining the team in 2019. Before that, he played for the New York Giants from 2017-2019 and started in 14 games with the team in 2018.

The Seattle Seahawks released a statement on the incident and said,

“We are aware of the situation and still gathering information.”

What are your thoughts on the allegations against Chad Wheeler? Comment and let us know. 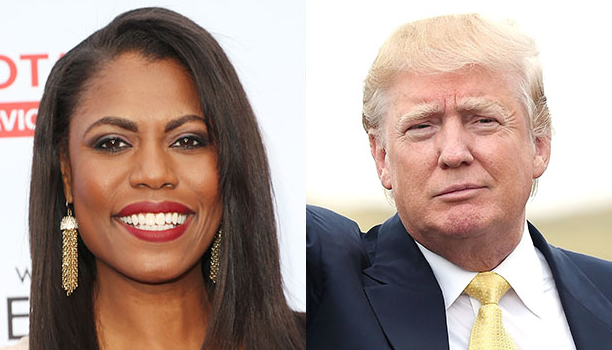