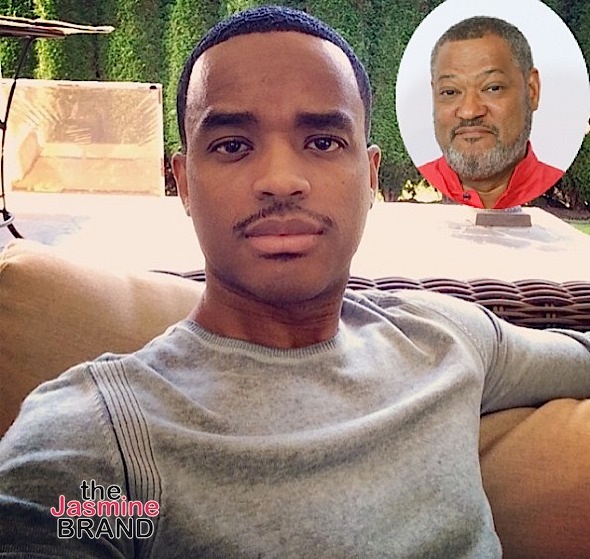 Season 2 of Bronzeville is in full swing. And while it’s garnered more than 20 million listeners, Larenz Tate revealed in an exclusive interview with theJasmineBRAND that networks didn’t want to back the scripted audio series. Now, after its success, it’s heading to the small screen.

“The story of, essentially, a community where Black people actually got a chance to see the American dream come into fruition.”

“What do we mean by that? Coming out of Jim Crow in the early 1900s, the 20s, the 30s, and the 40s, Black folks just did not have things working in our favor. But we’re able to overcome all the adversity… One of the ways we were able to do that – you find these communities like Bronzeville, which is on the South Side of Chicago, predominantly Black, that found ways to financially become stable… It was a numbers game. That was considered a racket… The people at the top of this policy, running the numbers, were pillars of the community. So even though they were running making tons of bread, they were making a lot… millions and millions of dollars, what they would do was, they would put that money back into the communities. It created a real financial infrastructure. Black folks, we own our own hospitals, department stores. We were very much so self-sufficient like other groups. Whether they were Italian communities, Irish, Jewish communities, they thrive. And they didn’t ask and didn’t go with their hand out to nobody. They did for themselves, and that’s what we did.”

He said while other communities made their money from racketeering, the black community did so by running numbers before “the government came in and took over” and made it

“what it is today, the Illinois State Lottery… So Black folks have a lot to do with the whole numbers game and what has become the lottery that so many of us play today. But we don’t get a chance to know about that or learn about that.”

He went on to discuss his and Laurence Fishburne’s experience with pitching the series to large TV networks.

“The audio series is unique because we actually went to – the original idea was going to be a movie or a television series. But Laurence Fishburne’s company and our company, we went to all the major networks. We went to everybody. We were like ‘Listen, we wanna do this great show about this family, and people who came from the south and how they made it and thrived. Yeah, there was some racketeering, some gangster stuff happening, absolutely. But the bigger picture was sustainability, that we ain’t gotta go with our hands out.”

“When we went to these networks, we went to all the majors. They saw myself and Laurence Fishburne come in. We had the writer, we had the directors, everything was set up. They loved the ide but they said ‘We don’t think there’s gonna be an audience for a story like this. It’s a period piece, it takes place in the 1930s and 40s, we’re just not really sure.’ But we’re like ‘Boardwalk Empire’ is doing well…All these shows are doing well and they were set in the 1800s and 1900s. What’s the difference? I’ll tell y’all what the biggest difference is. Black folks ain’t running away from White people. We ain’t in chains running. White people ain’t got they foot on or neck in this story.”

“The networks didn’t want to get behind it. straight up and down. We’ve been working on this since 2003… So when the [option came] for us to do an audio series, [it] was like ‘Yo, this is great. We’re still gonna do it.’ The first season came out in 2017, since then we have over 20 million downloads of the series.”

He said the success of the series has changed the minds of network heads, and the goal is for the show to soon air on television.

“That was part of one, getting the entertainment out and the story out to the public… There is an audience for it. Because of how we have to do things in our industry, numbers speak volumes. As we were working on season two, that’s why it’s taking so long because we do have it set up. We have it set up with a studio and a network. So it will ultimately be a series, yes. But in the meantime in-between time, we wanted to still give our listeners something really special. So season two is a continuation from season one. Season one had 10 episodes, this season we have six episodes. We wanted to keep it sweet, short, concise, but really powerful, impactful, and it’s strong. The performances are incredible. When you listen to it, whether you’re on your treadmill and you want to listen to some great entertainment, our show is dope…”

Larenz Tate has been a staple in black films for decades.

He spoke on how he’s been able to maintain longevity.

“I try to lead with integrity. I think that’s one of the things that people know that I will be able to deliver. I pride myself in delivering the goods. I don’t necessarily believe I have a specialty. I think I can do a little bit of it all. I can be in any space, in any role, a chameleon if you will in some cases. Underneath it, they’re gonna find…I take everything that I do very seriously. So I’m gonna bring some kind of truth to a role, no matter the size.’

He pointed out that his character on Power only had a few scenes in each episode at first, but he brought something special every time.

“I wanted to make sure each scene that I was in, I was able to deliver. I was able to give them this Councilman Rashad Tate, that they didn’t know what was behind all of it… I wanted to bring a lot of it out.”

“People can count on me.”

As for the future of Councilman Tate, he said,

He went on to salute Power co-creators Courtney Kemp and 50 Cent, who also produced the series.

“I love her so much. She’s incredible… Such a wonderful talent. But her heart, and the way she elevates everything and people around her, along with 50. I gotta say that 50 Cent man, is really, really a smart brother. I’ve known him for the time that I’ve worked with ‘Power’ and before I got on ‘Power.’ Over the years really getting a chance to know him. On a business level man, this brother, I sit and chop it up with the bro and I’m like ‘Wow, this dude’s got it figured out.’ I’m not able to tell all of his strategies and whatever it is, but I gotta say, I tip my hat off to 5. He’s a smart businessman, he really is.”

As for who his favorite character is, Larenz Tate confessed he has “quite a few” throughout his catalog.

“It’s kind of hard to say, what is my favorite character. ‘Cause I’ve had quite a few. I think some of my favorite characters are some of you all’s favorite characters. Whether it’s O-Dog in ‘Menace [II Society]’, whether it’s Anthony Curtis in ‘Dead Presidents’ or Darius Lovehall in ‘Love Jones’ or Frankie Lymon in ‘Why Do Fools Fall In Love?’ I’ve been able to have some really cool things. Councilman Tate, you know, in the ‘Power’ universe. I’ve been really fortunate. Jimmy Tillman in ‘Bronzeville.’ It’s really been a great thing for me. And, you know, there’s a special place for all of those characters that I’ve played in my heart. Certainly, they all sort of stay with me and live with me.”

When it comes to his future, he doesn’t mind getting behind the camera to tell stories.

“Part of that is what we’re doing right now, telling our stories. I want to continue to tell our stories. Whether it’s funneled through me or other people who are experts at storytelling – actors, producers, directors, I just want to be able to continue to tell our stories and uplift our people as much as we possibly can. It’s not about alienating any other group or communities. But my focus is our people, that’s what it is. I’m loving on us, I love us. I’m unapologetically loving on us, and I love it.” 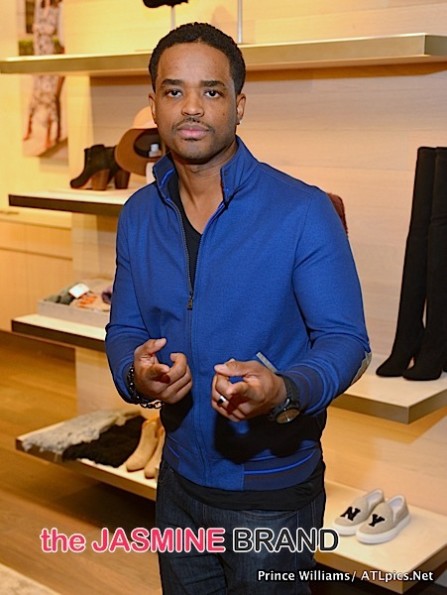 “It goes beyond Black experiences here in America – black experiences all over the world… For me, directing is something down the road. I dabble in directing. I was able to help be a part of directing this audio series. I’ve directed music videos and commercials and stuff like that. I have my eyes set on some feature films down the road, continually producing along with my partners – LaRon and LahMard of TateMen Entertainment – and just be able to do as much as I possibly can to elevate. So those are the next chapters. Continuously telling stories and creating businesses from there… creating businesses and pathways for other artists and other, you know, people to feel inspired to want to do this, but also get on the business side of it.”

“All of us want to be in front of the camera, and that’s cool, but we need ownership. We need a seat at the table in a real way to make decisions. We need to have decision-makers in there, so the next person or group of us who comes into a room and wants to tell a story that is quality about us, that we would understand it, and wouldn’t have to go through all the numbers and all the stuff. They don’t always do that with other stories. You don’t have to show numbers. You don’t have to show and prove like we had to go and do. So we need like-minded people in the rooms to help make those decisions.” 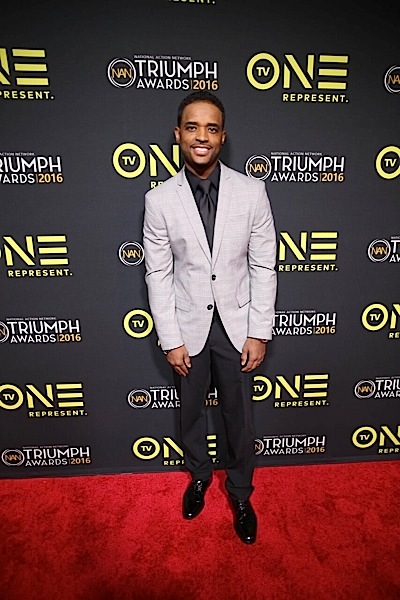 He ended with sharing his secret on how he still looks so young and said,

“Honestly, moms and pops, it’s genetic. I’ve been blessed. And also pace myself in my life. I try not to live the crazy life that would cause most of us to age a little rapidly… Health and wellness is really big for me. I can go this way, or I can go that way. I said I’m gonna go the right way… To just try to live a healthy life as much as I possibly can… From meditating to what I eat, spiritually, being connected. And just trying to have a balance in my life. As a result of it, I think it just preserves everything… I have an incredible family and support. My children keep me young. I have four sons, I can’t be the old dude in the crib. My wife and I are truly blessed to do that, they keep me young.”

What are your thoughts on what Larenz Tate had to say? Comment and let us know. 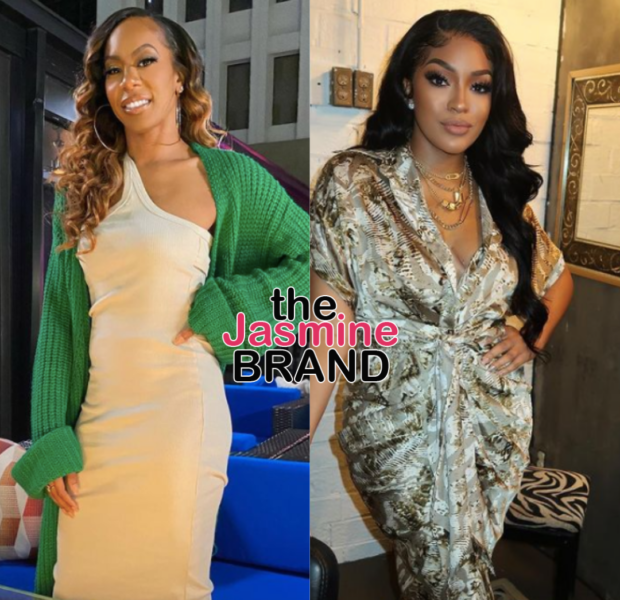 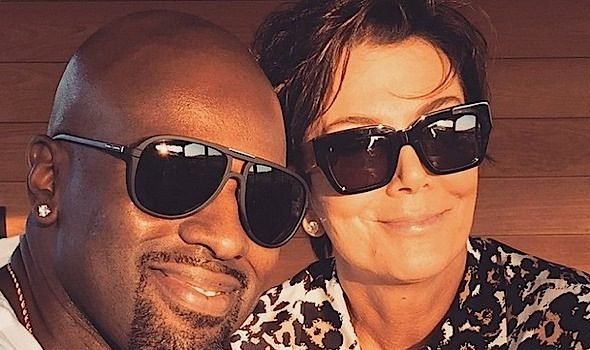 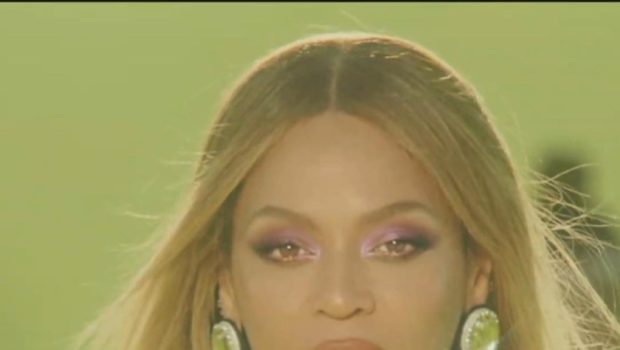