DaBaby Dropped By ‘boohooMAN’ For Controversial Statements + He Seemingly Responds: No Weapon Formed

It seems like DaBaby is still dealing with a few repercussions for controversial statements he made at Rolling Loud. Today (July 28) the fashion company boohooMAN released a statement and revealed that it will no longer be working with DaBaby, born Jonathan Kirk, moving forward. The 29-year-old rapper previously inked a deal with the online fashion retailer and launched his own summer collection for men that dropped last month. boohooMAN and DaBaby created a 100-piece, limited edition collection, which was reportedly the company’s biggest collaboration to date. boohooMAN’s statement announcing the end of the partnership reads,

“boohooMAN condemn the use of homophobic language and confirm we will no longer be working with DaBaby.

Diversity and inclusion are part of the boohoo Groups DNA and we pride ourselves on representing the diverse customers we serve across the globe.

We stand by and support the LGBTQ+ community, and do not tolerate any hate speech or discrimination in any form. 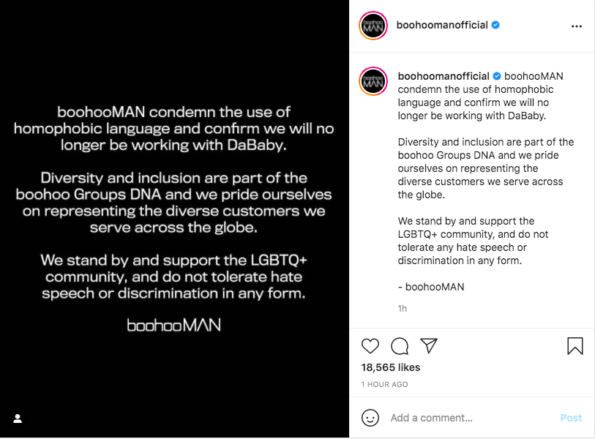 DaBaby appeared to respond to boohooMAN’s statement via his own IG page. He uploaded a clip from his Rolling Loud set that showed him dodging a shoe that someone threw on stage. DaBaby captioned the post,

This how I bob n weave anything sent to destroy me.
Check my resume and sit back. [sleeping face emoji]
#MySoulAintForSale”

As previously reported, DaBaby found himself in the hot seat after he made controversial statements during his Rolling Loud performance in Miami last weekend. During his set he said,

After being called out for his remarks DaBaby tried to explain what he meant via Instagram, however, it seemingly made things worse. The ‘BOP’ rapper ultimately released an apology online to the people he might have offended. In a series of Tweets he wrote,

“I tell fans to put a cellphone light in the air y’all start a million man March. I told you y’all digested that wrong but I ain’t gone lie I’m impressed. Now show this same amount of support when a racist cop kill one of our black a**…YA NOT”

“Anybody who done ever been effected by AIDS/HIV y’all got the right to be upset, what I said was insensitive even though I have no intentions on offending anybody. So my apologies But the LGBT community… I ain’t trippin on y’all, do you. y’all business is y’all business.”

“& for any brands, networks, or artists that like to profit off of black rappers influence on the culture, without understanding it or having the patience to deal with what comes with the position we play in our culture. Keep yo money next time us “N*GGAS” human too. #GodBless” 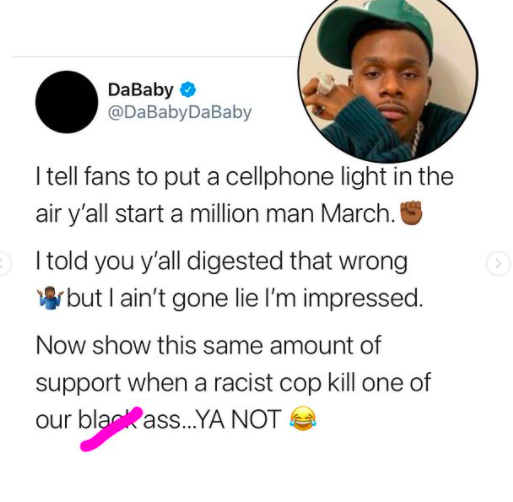 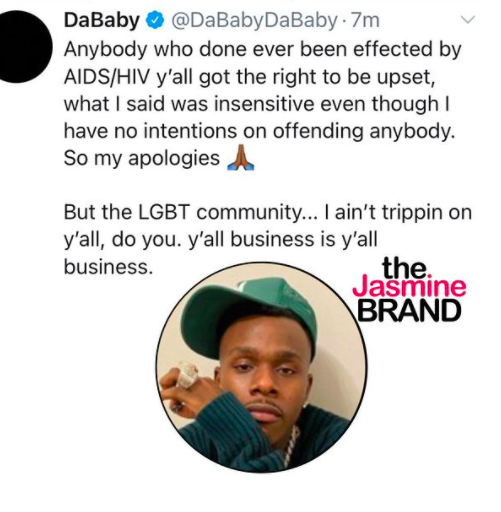 What are your thoughts on boohooMAN cutting ties with DaBaby? Tell us in the comments below.

Kelly Rowland On A Destiny’s Child Reunion ‘Can We Have Surprises In This Day And Age?’
Exclusive
Post Slider 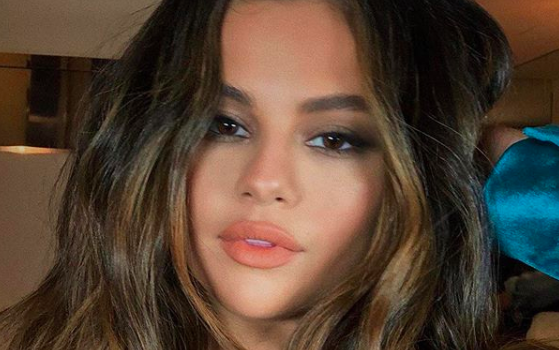