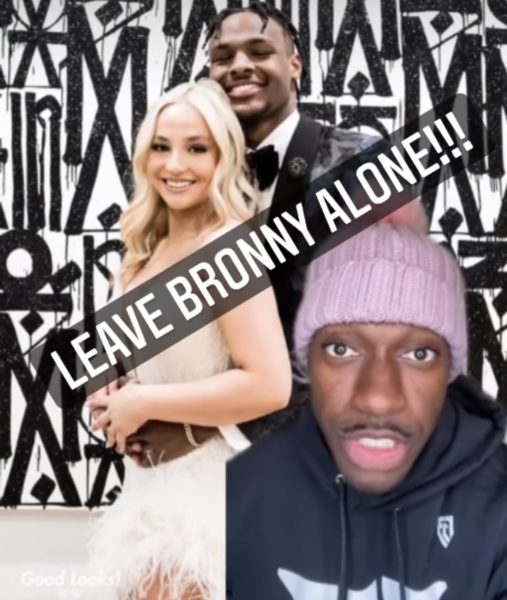 Bronny James–who is the son of NBA star Lebron James shared pictures of he and his prom date which was met with some criticism from fans and social media users. His mom Savannah James also shared some pics of her son on his special day. 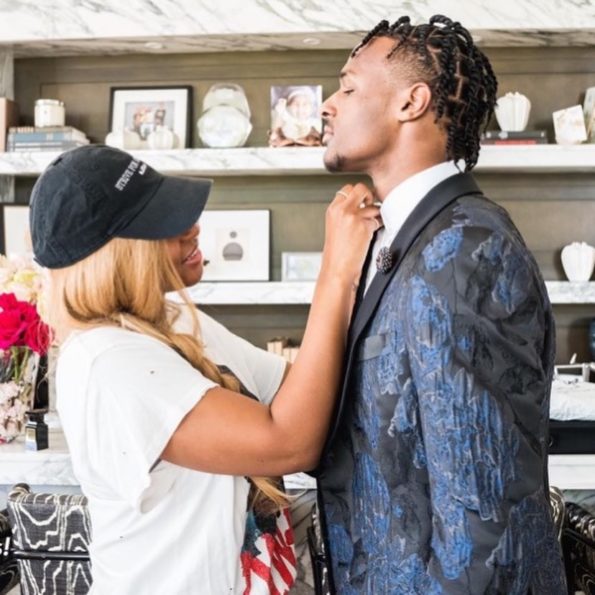 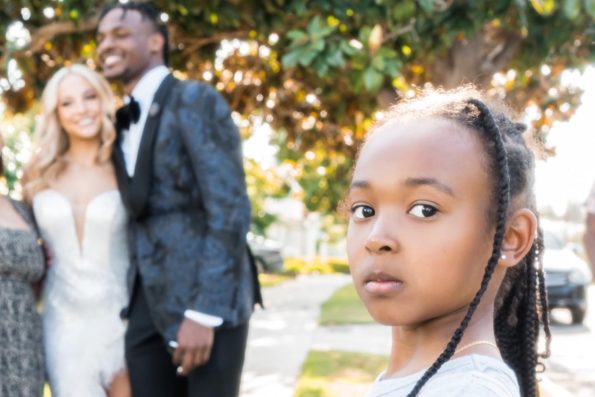 Now, former NFL player Robert Griffin III is firing back at the negative remarks fans made when it was revealed that Bronny James’ prom date was a white woman. Griffin took to Twitter on Wednesday (May 18) to defend Bronny and his date. Griffin wrote,

“LEAVE THESE KIDS ALONE! People clowning Bronny for his prom date are just miserable. Let them enjoy their day.” 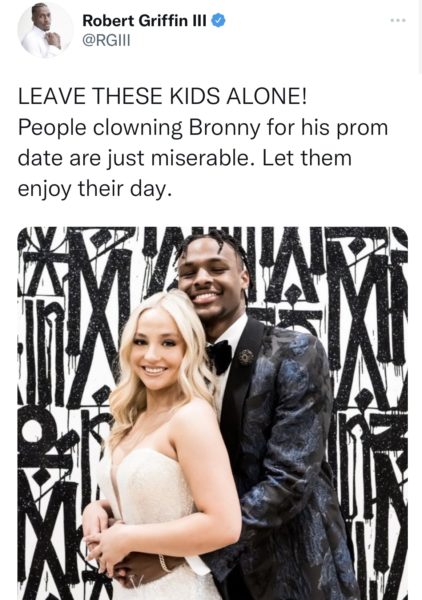 Robert Griffin III  followed up with a video addressing the controversy. He said,

“Bronny James upset a lot of miserable people tonight because he decided to take white girl to prom as his date.. First of all its 2022, what wrong with that?…Who he chooses, is who he chooses.” 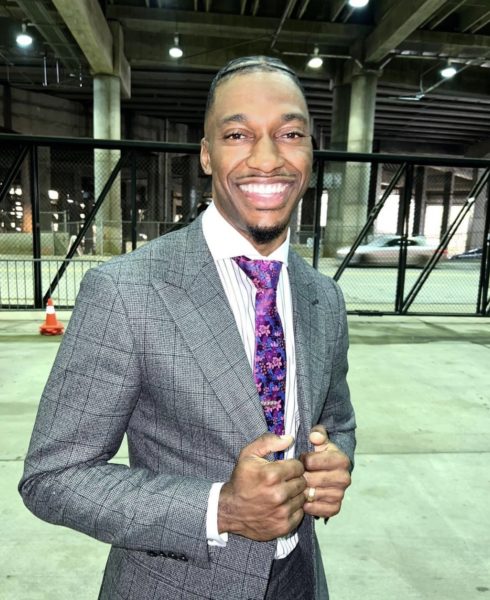 “And secondly, its giving weird energy that a bunch of grown men and women– 40 year- old men and women are telling a 17 -year- old who they think he should bring to prom…the color of the skin of the girl that he takes to prom should not matter. Leave these kids alone.”

It appears Robert Griffin III took great offense to the backlash since he himself is married to a white woman by the name of Grete Šadeiko. 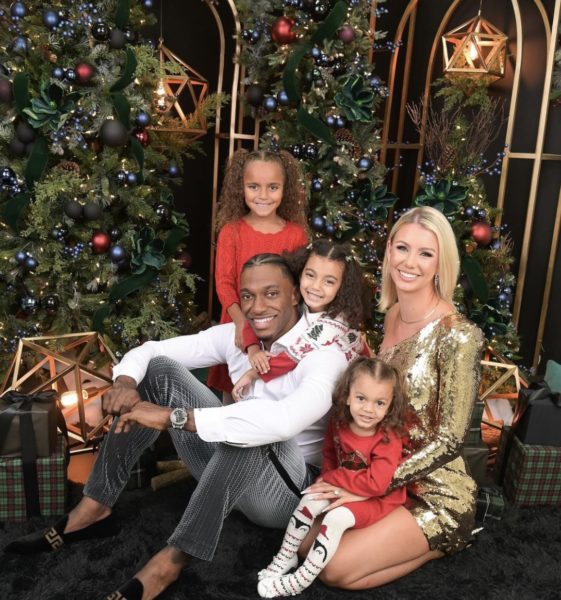 While most of the commentary from social media users was critical, some did indeed defend Bronny James and his prom date, see reactions below: 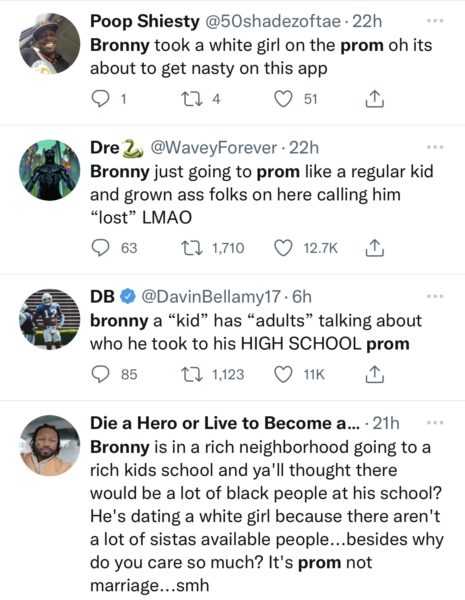 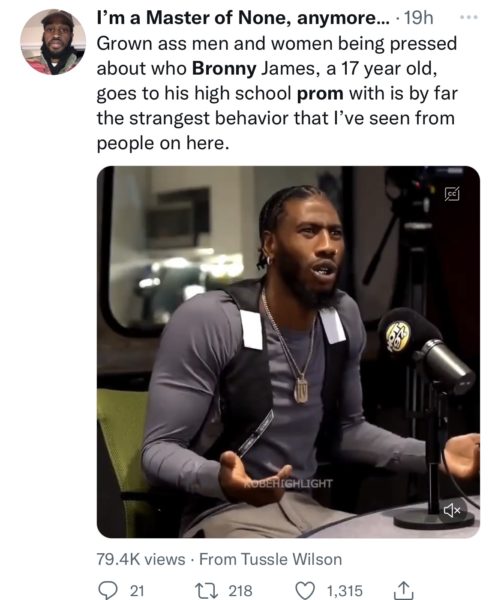 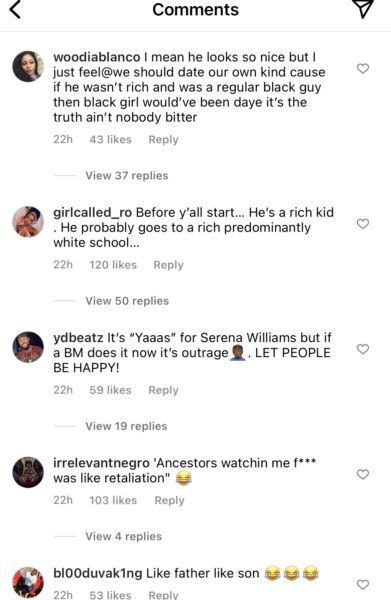 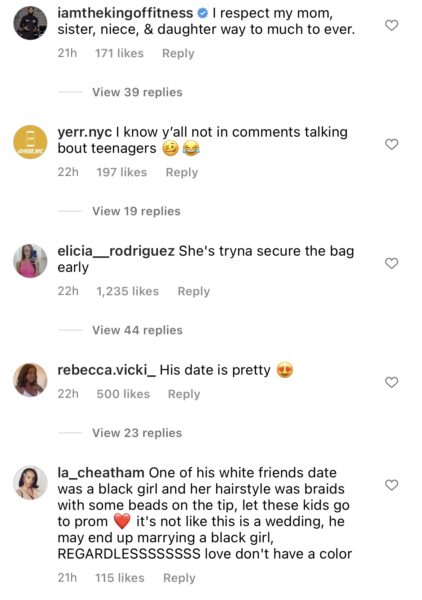 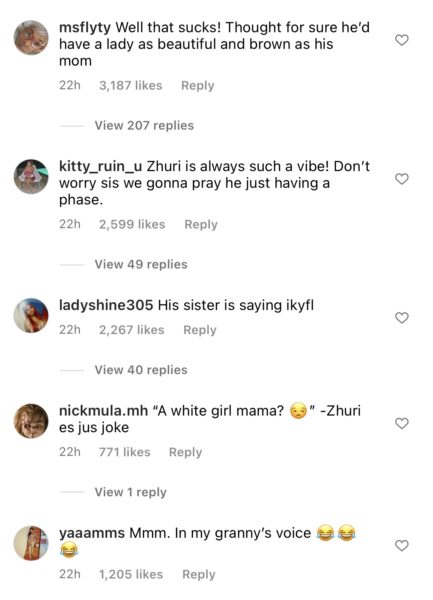 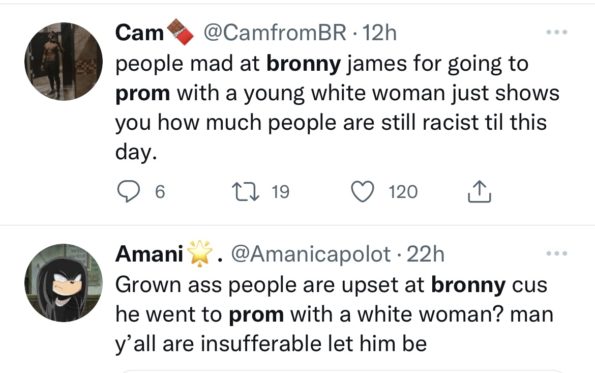 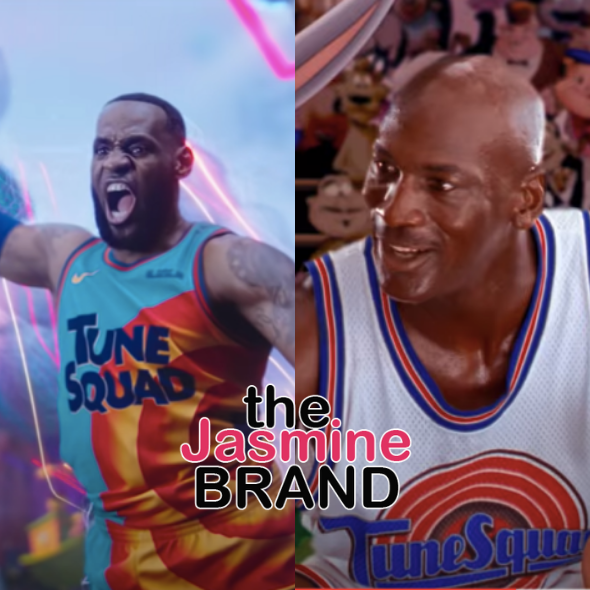 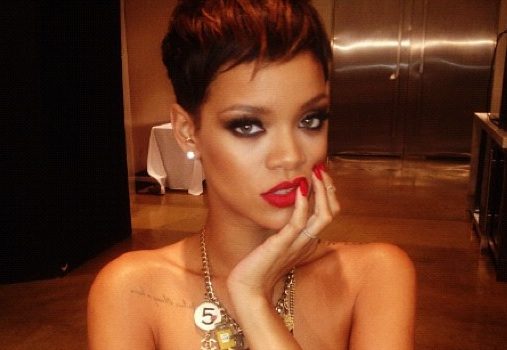 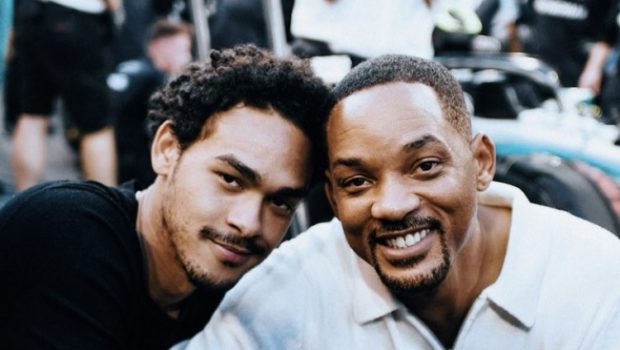