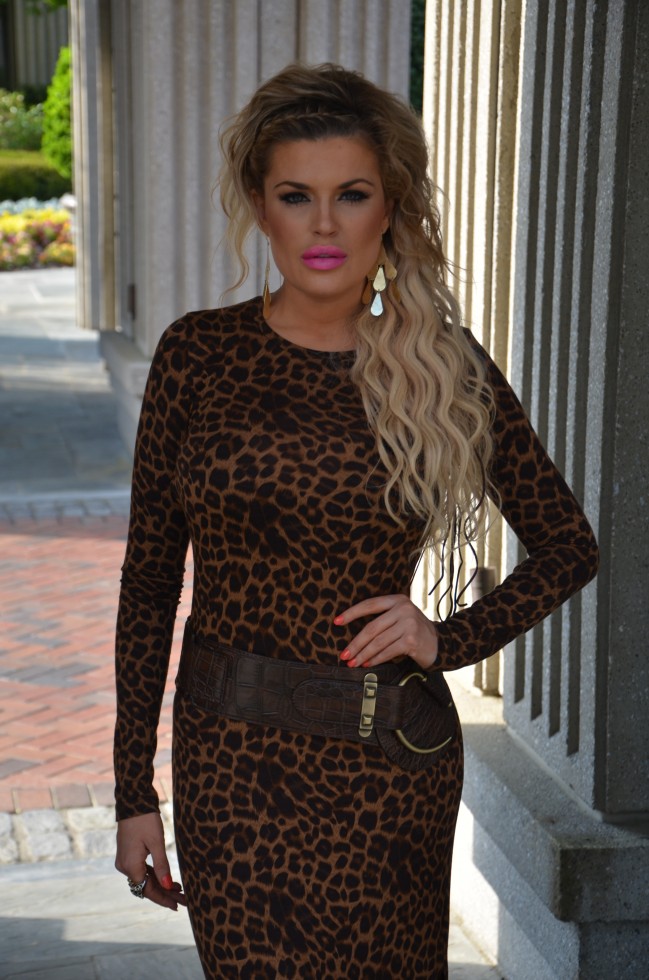 She’s blonde. She’s rich (she is not a fan of that term). She’s controversial. And either you love or you hate ‘Big Rich Atlanta’s’ Ashlee Wilson Hawn. We discovered her this season on the Style Networks breakout reality show, and if you followed the entire season you saw the good, bad and ugly of the former Miss Georgia Teen. Recently, we chopped it up with her at Atlanta’s Del Frisco’s restaurant, where she dished on being a boss b*tch, the controversial fight with cast mate Khadijiah Roe and her charity DIVArella.

On What She Learned About Marriage:

But in real life, the boss b*tch that I am is the boss b*tch of my life. It is ‘This is who I am love me or hate me I really don’t care, this is me and I’m going to be me. And in the marriage I learned that. I learned how important that was. That I’ve gotta do be. I gotta be me. I gotta embrace who I am and the gifts and talents that God gave me. I’ve gotta bring those to the forefront and I wasn’t ready be a wife and stand behind a man. I don’t wanna stand behind a man. And it takes a real superhero to have a superwoman for a wife and I didn’t find my superhero. So I’m still looking for you.

On If She Is Surprised By The Success Of The Show:

No, I’m Not. I’ll tell you why. I brought some f-cking fierceness to that show. When I walked on that set, there was no way in hell that show was not gonna be successful. Because I was going to give that son of a b-tch everything I had it. And it was my time to shine. And even Harvin and I who are my bestest of friends now, we’re like sisters they were even like holy sh-t by me.

I’ve had several reality shows approach me for years, I’m like ‘No, I’m not gonna do it’ so when I decided to do ‘Big Rich Atlanta’ and was like you know what this show is gonna be successful, hell or high water and it’s made history. There have been so things that have happened on Big Rich Atlanta that have made history. Look my own life has been dramatically changed by Big Rich Atlanta, negative and positive. 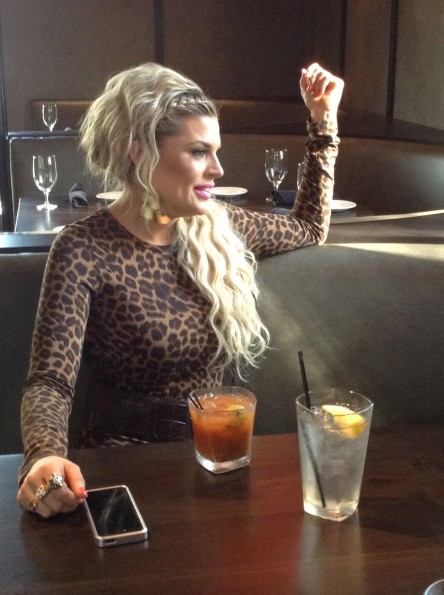 On How She Is Portrayed On the Show:

I am definitely that abrasive woman that people are like when I walk into the room. When you know me I’m a showstopper for good reasons and bad reasons. You’re either gonna love me or hate me – the producers saw that in me. And let’s just think, everything that we are in real life is amplified on reality television.

I would never hurt somebody’s feelings intentionally. I would never walk up to somebody and say you’re a dada dada dadada like I do on the show but let’s face it, people wanna see that, they wanna watch that. That’s what makes our hearts pound and thrive for the next Sunday night at 9’oclock to see what the boss bi-ch is gonna f-ck up on Big Rich Atlanta – let’s be honest. 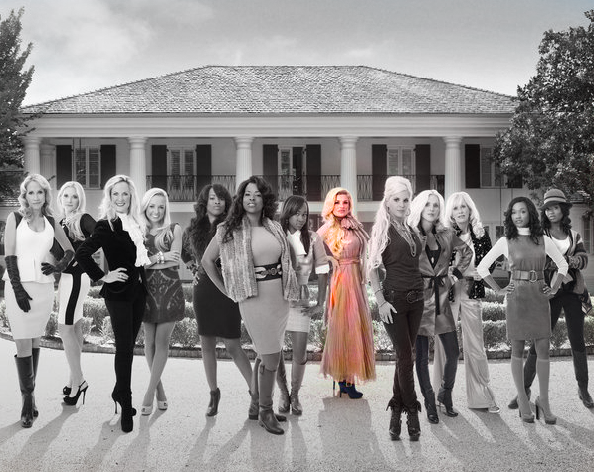 On If She Thinks She Makes The Show:

At this point could I imagine Big Rich Atlanta without the boss b*tch? No. 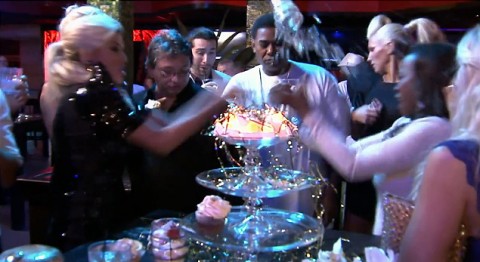 On What She Learned From Her Altercation With Cast Mate Khadijiah:

I learned no lesson. I didn’t learn a lesson about myself cuz I didn’t think I did anything wrong. I was just doing my job. My job was to show up at my birthday be that uber bi-ch. Bring it. What I did learn, I learned that there’s violence in the world. I was clueless to that. I never even had anybody pop me on the hand. So the fact that it went to violence blew me away. Like still to this day I’m like did that really happen? Do you people really do that? I learned that, that was difficult and then I decided I should launch a charity.

And even though it’s not a charity where we’re raising money I’m going to raise awareness against violence and hate. I think there’s too many classes of people that are hated on and random acts of violence for no reason. Do I think Kahdijiha was going for a random act of violence? No. I just think she didn’t get it. She didn’t get – You don’t go there. 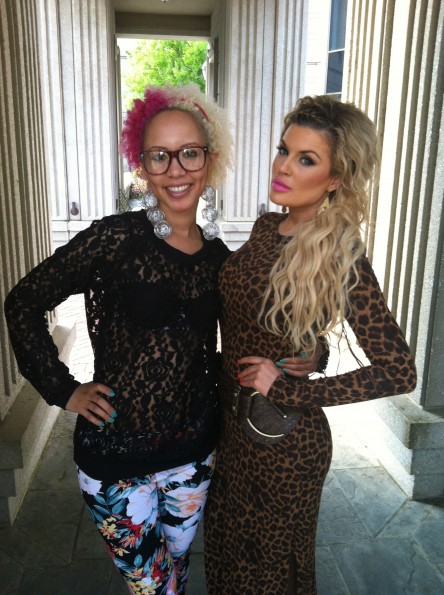 On why she quit the show for two months:

My hair got ripped out. I was like you know you what I don’t need this. I got my own life my own money I don’t need this. And they went crazy without me the producers were like ‘We gotta have her, Style has to have her’. And then I realized I gotta come back and be a boss b*tch.

A boss bitch doesn’t get ran off from a situation like that. So what – do I make the show? I think that me, Harvin and Meyer make the show. I think we’re the greatest ying and yang for television. And could you imagine Big Rich Atlanta without me Harvin, and Meyer?

I think everybody is a diva. Some just don’t know it. And God put me on this planet to divafy the world. God put me here to go you know what Mary Jane, Plain Jane in the corner, come on out let me show you how to be a diva. It is an attitude it is a way of life, it’s a way that you carry yourself. Some people don’t like it. Some people love it. I think every woman inside has that stinky feeling of oh my God I want my diva to come out and I am that b*tch that pulls that out of you. The story of Cinderella was always so beautiful to me I never understood it because thank you God in heaven that I was born with everything but the story of Cinderella always fascinated me. And when my hair was ripped out it changed my life.

Cinderella left her shoe it changed her life. So I made diva and Cinderella and made it Divarella and it’s a charity organization that will just change people’s lives. We’re gonna do these rallies around the nation where we’re gonna rally against thoughts of hate and we’re gonna say you know what be you say what you wanna say, be what you wanna be, I’m not telling you to be a bully but if you need to use strong words to get your point across by all means go for it but don’t put your hands on anybody. A divarella doesn’t use their hands. We use our words. Words can be harsh. Be harsh with your words but say what you gotta say. And stab people in the front not the back.

On How She Became Rich:

Thank God that I was born to this amazing lifestyle, but I was raised with one quote said to me every single day of my life.  My father and my grandfather said, “In order to be blessed you must be a blessing.”  My life is been about philanthropy and has been about giving and I am that girl and I hate the show doesn’t so this, but I am that girl that will take my shirt off my back and literally give it to you and I am an entertainer, I’m an actress.

I want to be actress, that’s what I want to do, that’s what I’m good at and so the boss bitch isn’t that girl on the show, but I am so humbled by the life that God has given me that like when people see me and they know me, they meet me they’re like oh my God you’re definitely not that girl on television, but I am that girl on television, but at the same time it’s that soul and that heart of being forever grateful and gracious for everything that God gave me that I wake up every day barefoot and humble because of him and that beautiful life that he has given me and yes I did come down the birth canal with a crazy life waiting for me.

[Special thanks to Del Frisco’s Grille-Atlanta, for providing ultimate customer service and accommodating us during all of our interviews!] 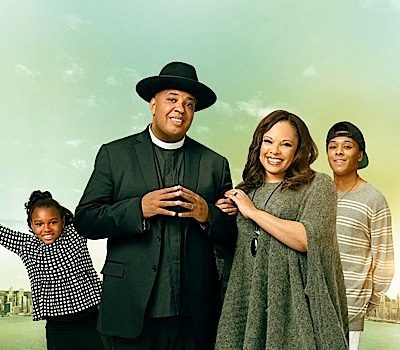