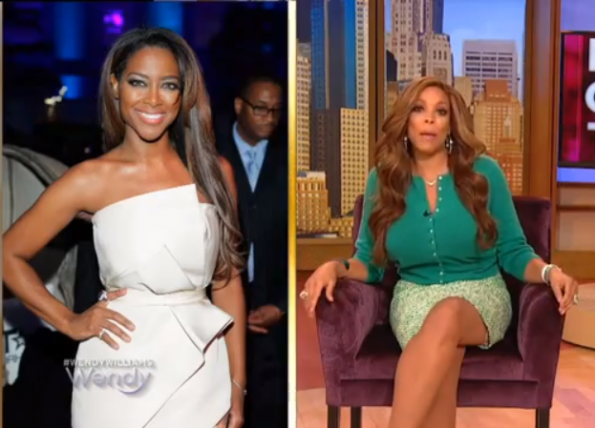 This week, the court system got the best of Real Housewives of Atlanta’s Kenya Moore. According to Radar Online, the reality star was evicted from her $3,999 per month mansion. A Georgia judge ruled in favor of Kenya’s landlord, who had Kenya for failing to make the full rent payment for May — she was $848 short — and defaulting on the terms and conditions of the lease. Reportedly, Kenya had failed to turn up in court to respond to the complaint. And after winning in court, Kenya’s landlord (Conya Dillon) released the following statement to the site:

I am making this statement as a result of the eviction order and judgment made against my former tenant, Kenya Moore, on June 18, 2013 in the Magistrate Court of Fulton County. The decision to file this eviction notice regarding Ms. Moore was reached after pursuing every possible amicable way to settle this matter privately.  I am grateful that the judicial system has brought finality to this eviction process and I look forward to regaining possession of my home.

Ouch! But as you know, there are always three sides to the story and Kenya has a completely different side. Thursday morning, Kenya called in the Wendy Williams Show, responding to reports that she’d been evicted. Kenya explained:

So first off, I wanna go back to the ruling. We never got notice of our court date…so it isn’t over until the fat lady sings…This is absoltuely absurd, I’ve paid this woman nearly $52,000 in rent. I have paid her May rent and paid her in June. And my lease is up in three weeks, so this whole thing is absolutely ridiculous.

And when asked if her landlord has a personal issue against her, Kenya spills a bit of tea (of sorts) on Ms. Dillon:

I don’t know if it’s necessarily so personal. The tea (now it gets a lil complicated) is she’s taking her ex husband (back) to court–I can’t help I live a fabuolous life and she can no longer afford to be in the house.

She says that things go so bad between the two, that she was five seconds from getting the law involved:

When I didnt move out when she wanted me to (she had to give me 60 days notice) it was like everydyay she was coming in and out of the house. I almost had a get a restraining reorder against her.

And on a totally non-related note, there have been rumors that Joseline Hernandez (of Love & Hip Hop Atlanta) is now married (to Stevie J) and will be joining RHOA. According to Kenya, that ain’t happening.

I highly doubt it. I don’t think there’s any truth than that rumor. We’re a different show.