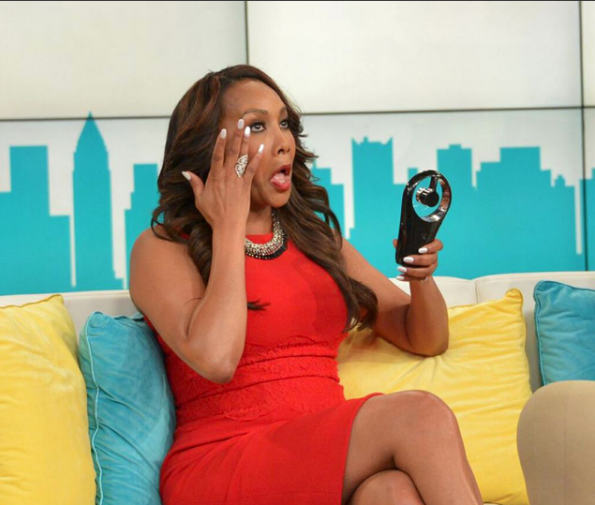 It’s this never-ending conversation that I, along with my friends, seem to be having more and more these days. Some of us, who focus on our careers instead of our love lives, are sometimes sacrificing love, marriage and the ‘baby carriage’. For some career driven women, it’s a frightening conversation to have with one’s self. At what point should I put the brakes on career accomplishments and put energy into a relationship? Or can I simultaneously do both, successfully? This week, actress Vivica Fox had a similar conversation with talk show host Bethenny. The 49-year-old Indiana native opened up about why her engagement to a much younger man, by the name of  Omar ‘Slim’ White, ended. She surprisingly shares why she was so gong-ho about walking down the aisle, pointing to her biological clock. In between tears, she told the talk show host and viewers:

We broke up three months before the wedding. Kids wasn’t the issue at all. It just wasn’t right and I had to be honest with myself and I wasn’t happy anymore. He is a great guy, he just wasn’t for me. My brother lives in Atlanta, I was about to move my life to Atlanta, and they could see that I wasn’t happy. They said, ‘You’re just doing this because you want to have a child and you want to move closer back east,’ and all my family lives back east.

I just had been so focused for the last 20 years on Vivica and my career and the next job and what was the next thing that I could do? I wanted to do something different. I wanted to have a child and I wanted to be closer to my family. I moved away when I was 17 years old.