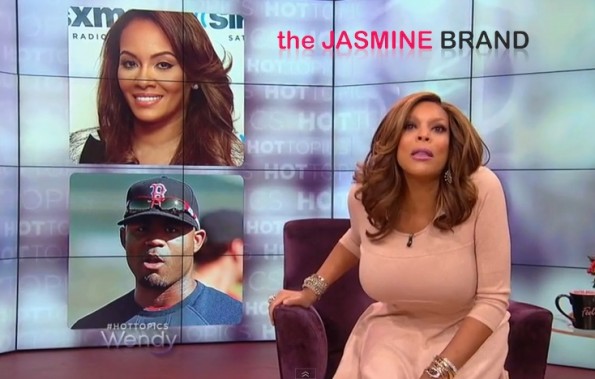 We must admit we were a bit surprised last week when Evelyn Lozada announced she was six months pregnant. Her announcement did confirm a few things we wondered about like why the reality star declined to do the Basketball Wives reunion and why she has been very noticeably absent from Instagram and public appearances. And of course, her announcement has raised the question–who is the baby’s father? Immediately, reports confirmed that her ex-husband, Chad Ochocinco Johnson was not the father, and speculation escalated pointing the finger at LA Dodgers player Carl Crawford. This week, Wendy Williams chimed in on the mystery during her the ‘hot topics’ segment. She commented:

Maybe she know’s who the baby’s father is and doesn’t want to share it with us. Maybe she is tired of sharing so much of her life and the messiness on TV…I saw her on ‘Iyanla My Life’ and she did a lot of crying. Look, people can change. A rep for Evelyn has told our hot topics team that the father is someone she has been dating for almost a year. But the streets are talking too. And the streets are saying that the father could be a baseball player by the name of Carl Crawford. Look I did all my research. He’s worth a $142 million dollars, he is 32-years-old. She really does know how to root out a rich man. I mean except for that Ocho Cinco. 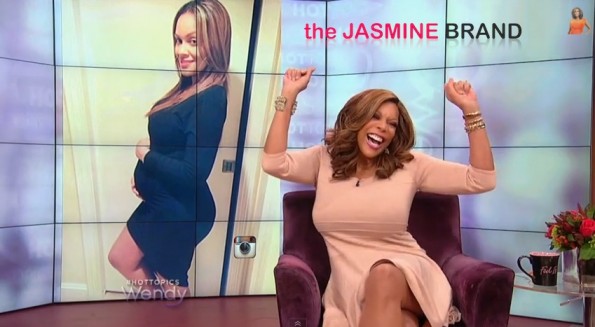 So she’s got a twenty something year old daughter, Shaniece who we met when she was on Basketball Wives. I thought Shaniece was a really lovely girl. In fact, a lot of times I was looking at Evelyn like she’s crazy for acting that way and putting out this kind of behavior when her daughter is trying her best to live on the straight and narrow. She had Shaniece when she was 17-years old and now she’s got another chance at love and happiness with a very rich man. It’s been about  a year or so since she has been with Ocho Cinco so she moves along quickly. Keeps us entertained, jackpot.

Lozada responded to a fan via Twitter on how she has been able to keep her pregnancy a secret writing,

It was pretty easy, Just stay home and mind your own business. 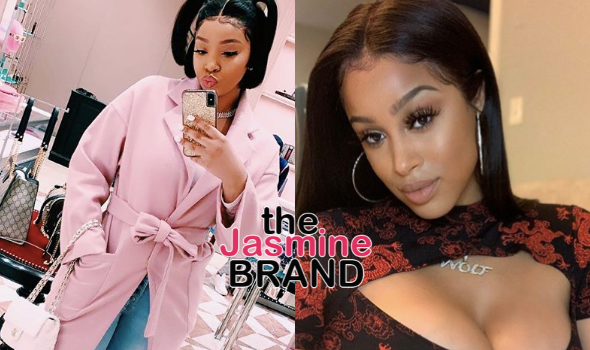