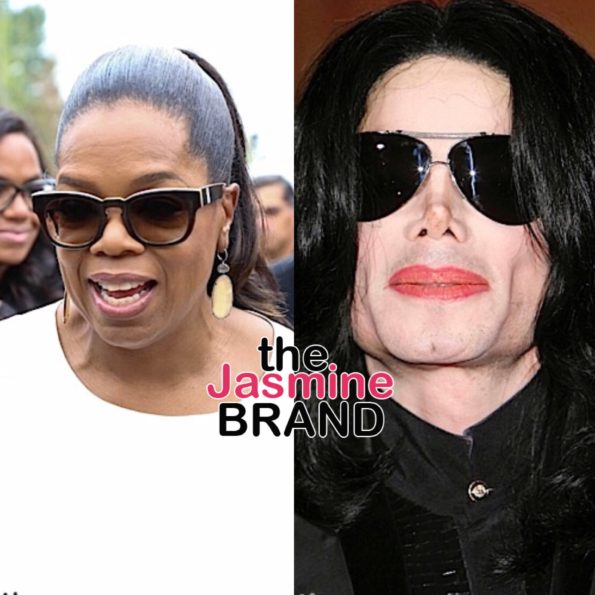 Oprah Winfrey continues to share her stance when it comes to the upcoming Michael Jackson documentary Leaving Neverland. Despite the initial harsh criticisms she received by some when it was announced that she would be conducting an interview with the accusers in the documentary, Winfrey doubled down on her stance, posting a scathing statement about Jackson’s alleged guilt on social media.

HBO’s Leaving Neverland documentary has caused intense reaction, ongoing backlash and been overall slammed for attempting to tarnish the legacy of the King of Pop, the iconic Michael Jackson, by interviewing two men who claim they were molested by him as children. The Jackson estate is currently in the middle of legal action with HBO for the network airing the documentary and Oprah Winfrey could very easily find herself next in the line of fire, especially for a recent Instagram post on her O Magazine page.

One look at Winfrey’s IG page and you’ll seen endless amounts of comments bashing her involvement. The post features a photo that reads, “It’s time to say goodbye to Michael Jackson—one last time.” It’s followed by a caption that says:

“Up until a few days ago, OprahMag.com’s digital director @ariannagab was a Michael Jackson defender and had go-to lines about separating the artist from the man or how there was never any real proof that he abused children. But then @oprah and #LeavingNeverland finally convinced her to let go of the King of Pop. Her Aha-moment: Leaving Neverland is much bigger than Michael Jackson. It’s bigger than Michael Jackson’s fans, bigger than defending the soundtrack to your childhood. Instead, it is about the millions of people in this world who never got to have a childhood because of the sexual abuse they experienced before their young brains were even developed enough to know what was occurring.” 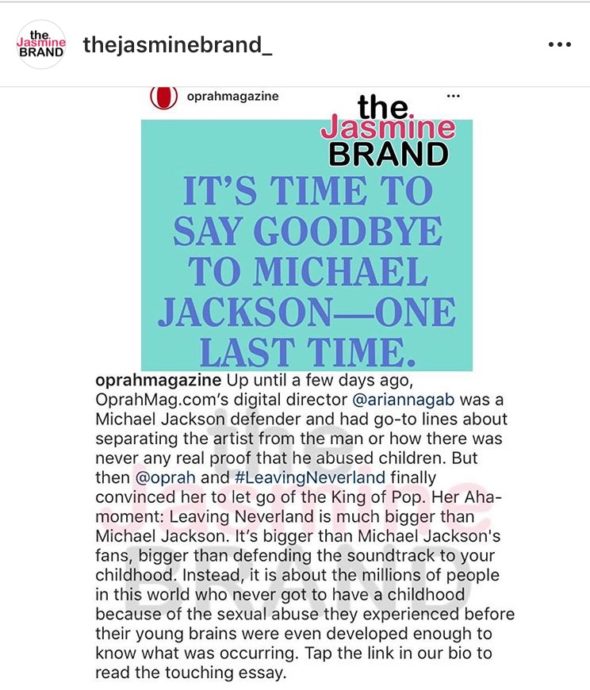 The comments were overwhelmingly supporting Jackson and blasting Winfrey for the post ahead of the documentary’s airing. When it was announced that Winfrey would be interviewing the alleged victims, many were quick to point out her friendship with Harvey Weinstein, who has been accused of raping dozens of women in Hollywood, and why she hasn’t interviewed any of his accusers or spoke out directly about him.

You can check out some of the harsh comments BELOW: 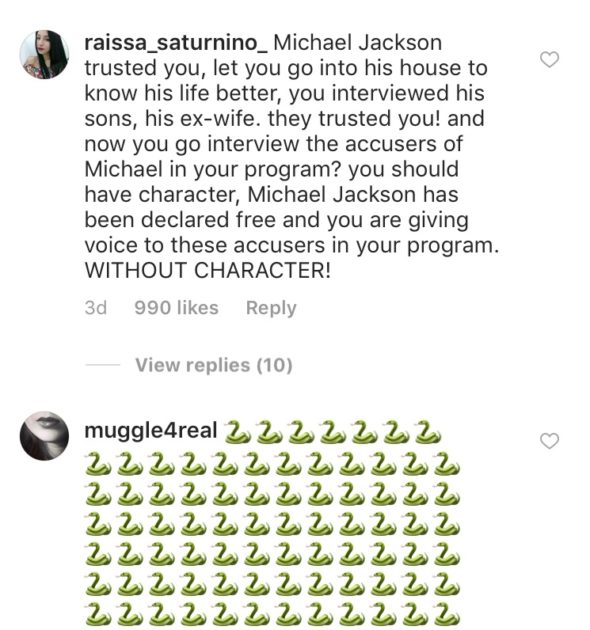 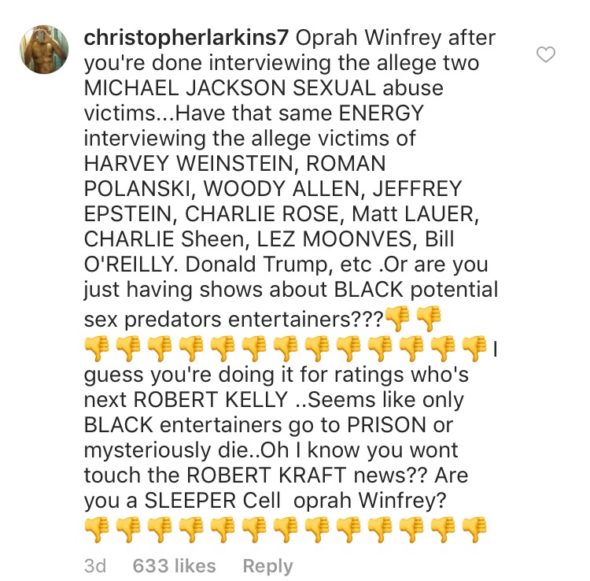 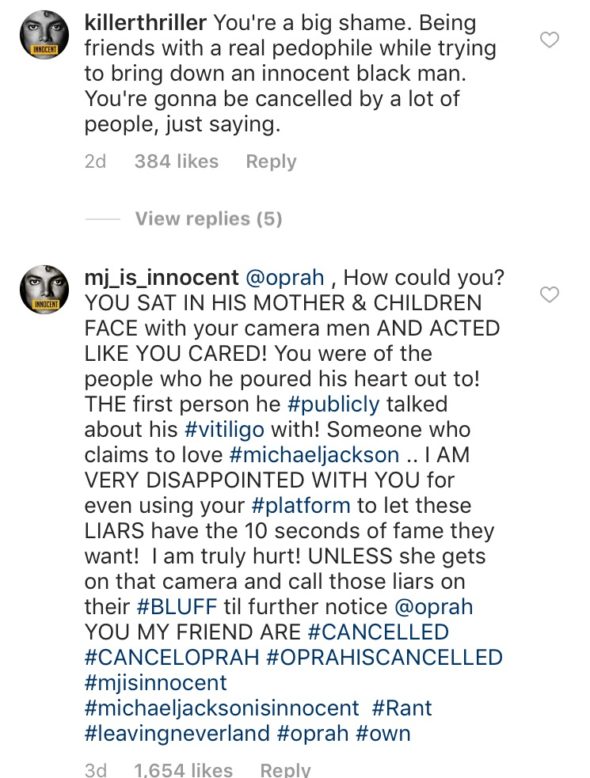 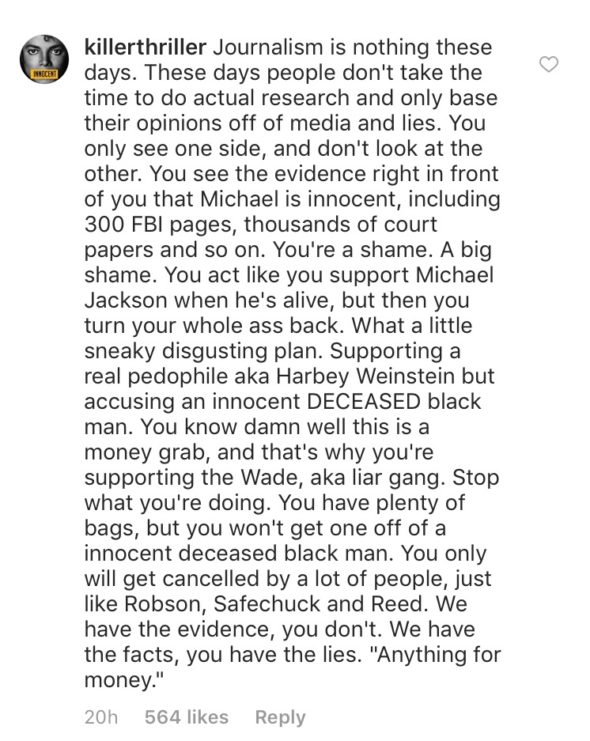 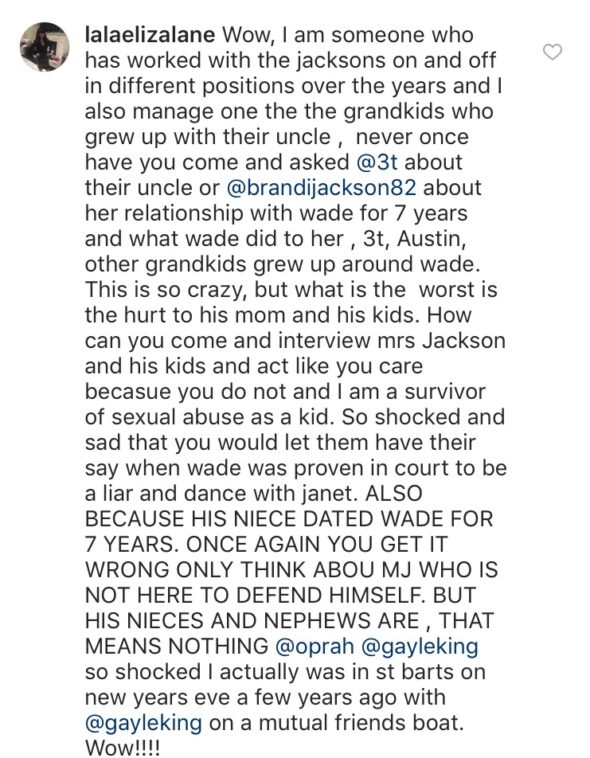 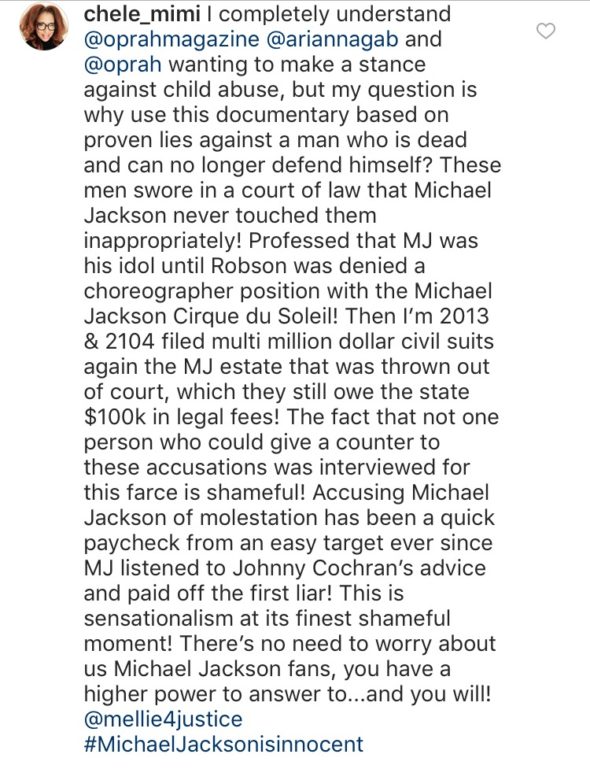 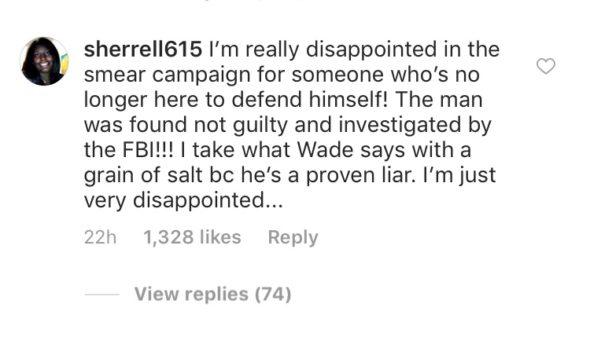 Several members of the Jackson family have spoken out in defense of Michael Jackson, including brothers Jermaine, Tito, Marlon, Jackie and nephew Tahj. They are also in the process of producing their own documentary about the claims against their brother.

You can check out a teaser for the documentary BELOW:

What do you think about Oprah’s involvement in Leaving Neverland? Let us know in the comments 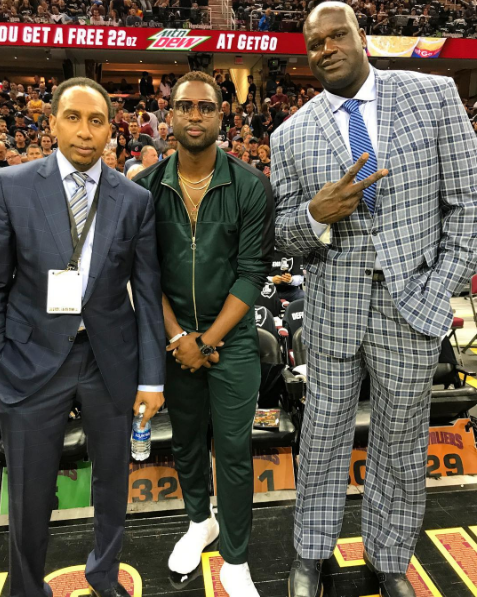 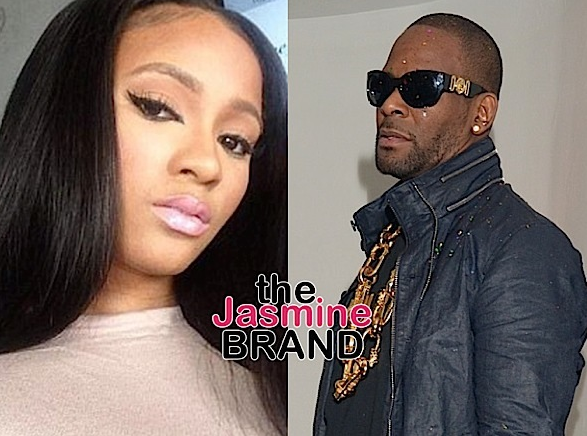 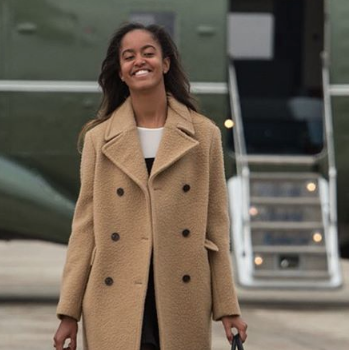