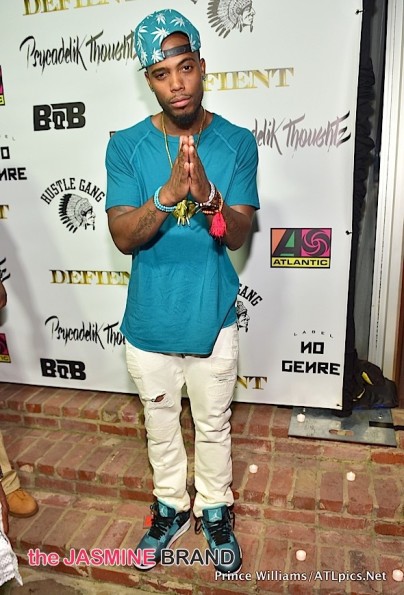 Rapper and record producer B.O.B. is officially back on the scene. The Decatur, Georgia native (born Bobby Ray Simmons Jr) made headlines last year, when he and astrophysicist Neil deGrasse Tyson got into an entertaining war of words on Twitter about the Earth’s shape (B.O.B. insists its flat). Presently, the 28-year-old, is gearing up to release his forth album “Ether” on the heels of the hot single “4 Lit” featuring T.I. and Ty Dollar $ign. In his latest interview, Recently, he dishes on living with depression, reaching the youth and his new album. Peep the excerpts below.

On naming his album “Ether”:

Of course, I grew up listening to Nas and one of the first demos I actually recorded to was to Nas’ “Shoot Em Up Part 2 which is one of my favorite hip-hop instrumentals but um the ether that I’m referring to is the ether that Nikola Tesla was referring to. So um.. it kind of implies a lot you know when you really, I guess, look up the different definitions. For me it refers to the etheric realm in which all matter and thought move through.

Like the unseen but it’s there and it has a feeling and your senses can kind of pick on it. With that said it’s like the fifth element. The spirit energy you know. I felt like I knew I was going to do an “Ether” project and knew I needed to do an album just didn’t know it would end up being the same thing.

On if the earth is flat:

It’s the mother of all conspiracies. It’ll never get old. People still talk about the 9/11 conspiracy theory you know but I think these things (discussions) should kind of bring us closer to understand more and not divide us.

I feel like everybody has highs and lows and some people’s lows aren’t low enough to call it depression but as a musician you have some really high highs and some really low lows. I think that is because of what you put into your music and where the music comes from. The inspiration is one thing, but the actual fuel behind it comes from real life experiences. So, when you are taking real life experience and put it to your music, depending on how it’s received, it affects you. As an artist, you have to take your emotion and make it art. I can make a great song with this feeling, when I’m there in that place I go straight to the piano and it kind of took form. For me depression is like a season, it’s just me being honest. I don’t’ feel like everybody is as honest.

On fans and hate mail:

I feel like haters are fans too they just are negative fans and they pay attention. I rather people have some type of opinion than to say nothing at all. I won’t say it doesn’t affect me. I feel like this era of “nothing affects me” people feel like you know I’m not human, I ain’t got no feelings… feel no way about it. Like we actually do but act like we don’t and the more and the more you can act like things don’t affect you, you appear to be a stronger person but that not true. It’s not real true to being a human but I feel like… you shouldn’t let nothing f* your day up.

On the struggles of being an artist and trying to reach the younger audience:

The youth want that drum and it kinds of suck that the only way we can reach them is like “eeey” (referencing Future’s future Molly Percocet song) it’s like a language barrier. I went to a high school in Decatur and granted the knowledge I have is years beyond them but’s it’s kind of hard if you want to reach kids that age. You don’t speak that language.

I tell you what, when I first crossed back over into the urban world, it’s not the same. I had my initial success doing pop music and I was literally the only hip hop black artist on certain shows. Like me and Ne-Yo and that was it. I feel like the pop world, like when you talk about pop the genre, it changes over time. It’s now hip hop. I remember when I used to go to SXSW and Coachella and it was like “Kings of Leon” performing and then I remember seeing 2 Chainz in Coachella and now SXSW is like a hip hop festival. It has definitely changed. It got really interesting. 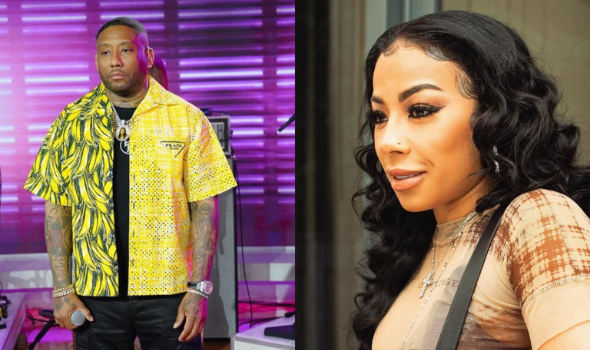 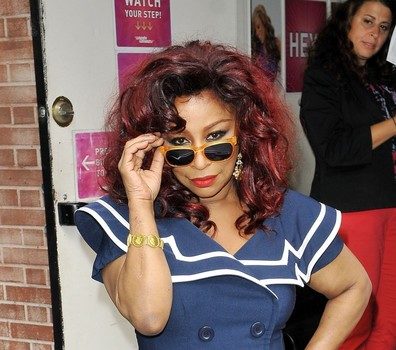