Tiffany Haddish is completely unbothered that Beyonce may be taking shots at her on DJ Khaled’s new track, ‘Top Off’.

On Friday, Khaled released the track which features Future, Bey and her husband, Jay-Z. On Bey’s verse, she sings,

If they tryna party w the queen, they gon’ have to sign a non-disclosure.

Listen to Beyonce’s verse below and see a transcript of her lyrics. 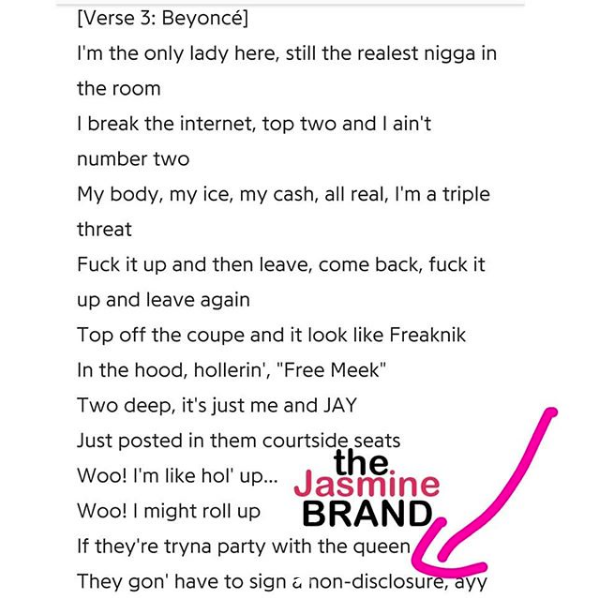 So why are some speculating that Beyonce is shading Tiffany? Last month, Tiffany revealed that she once witnessed Beyonce politely intervene at a Hollywood party, when an actress was getting a little too friendly with her husband, Jay-Z. Haddish claims that a woman was conversing with Jigga when she put her hands on his chest. Haddish says that at that point, the mega singer approached the pair interjecting herself in the conversation. Tiffany told the story on TV One’s ‘UNCNSRD’ below.

Tiffany’s comments have folk speculating that Beyonce’s reference to the NDA are a subliminal message about the comedian.

Do you think Beyonce was shading Tiffany?