Mother’s Day is usually a movie, compared to Fathers Day. The prices of the gifts in commercials, the ability to make same day restaurant reservations – all different. As he has documented in his music, over
the years, rapper Drake and his dad, Dennis Graham had a challenging relationship. His parents divorced when he was young, times got hard for him and his mom.

“My dad still get child support from 1991,” he says in the hit song “I’m Upset.” As we recently reported Drake returned to his TV show Degrassi for the music video. Time heals most wounds and things are much better between Dennis Graham and young Drake.

On Father’s Day, Mr. Graham proudly posted up with his baby blue Bentley, a gift from his multi platinum selling son.

“Thanks so much to my beautiful Son for the best Father’s Day gift ever,” said Drake’s dad. “You made me the happiest Dad on earth today,” he posted.

In another post, he shared a photo of his new whip. 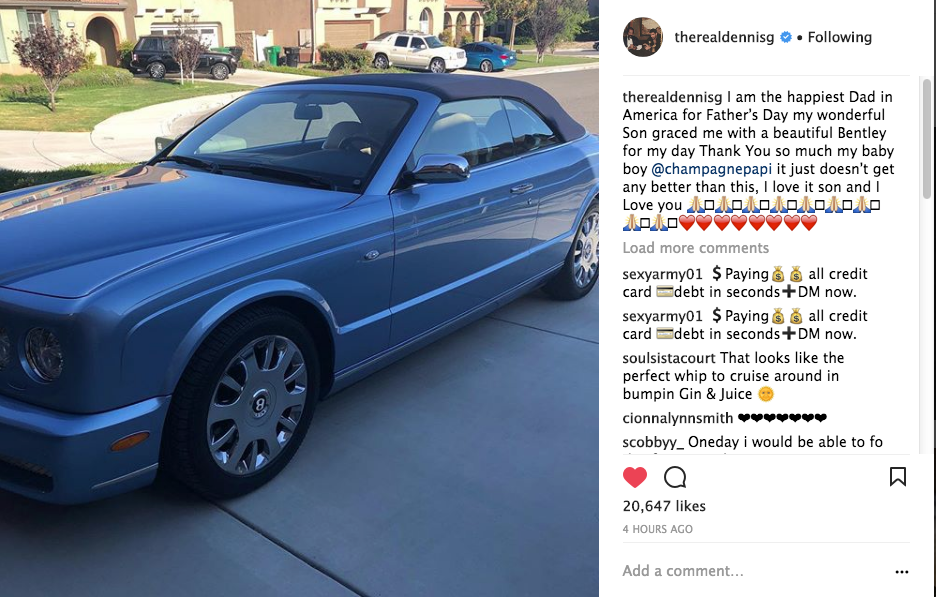 Earlier this month, the Memphis native sparked controversy recently with his advice to alleged victims of sexual assault. He stated,

Stop going to hotels. You take your ass home. Don’t go into a man’s room. Don’t go where you might think a man is going to have anything to do with raping you or anything else.

In 2016, Graham released the single called “Kinda Crazy” and even toured with his son at one time. The
elder Graham was once a drummer for legendary singer Jerry Lee Lewis. 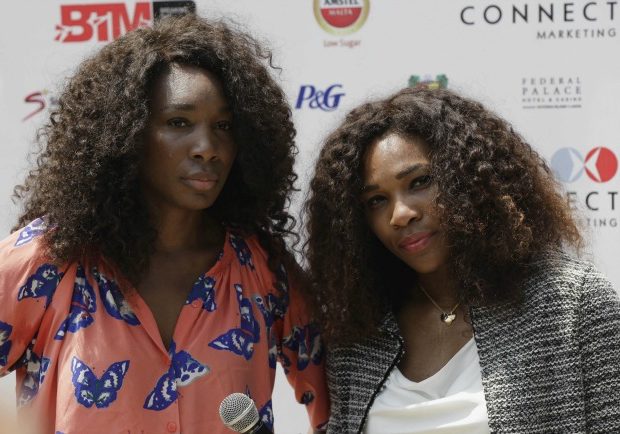