Future may have love on the brain. The 34-year-old rapper recently posted a few social media messages alluding to the type of woman he has in mind.

In one post, Future posed in a photo shoot captioning the image:

On the same day, Future posted another image captioning it:

@ ahh Queen who deserves the world. 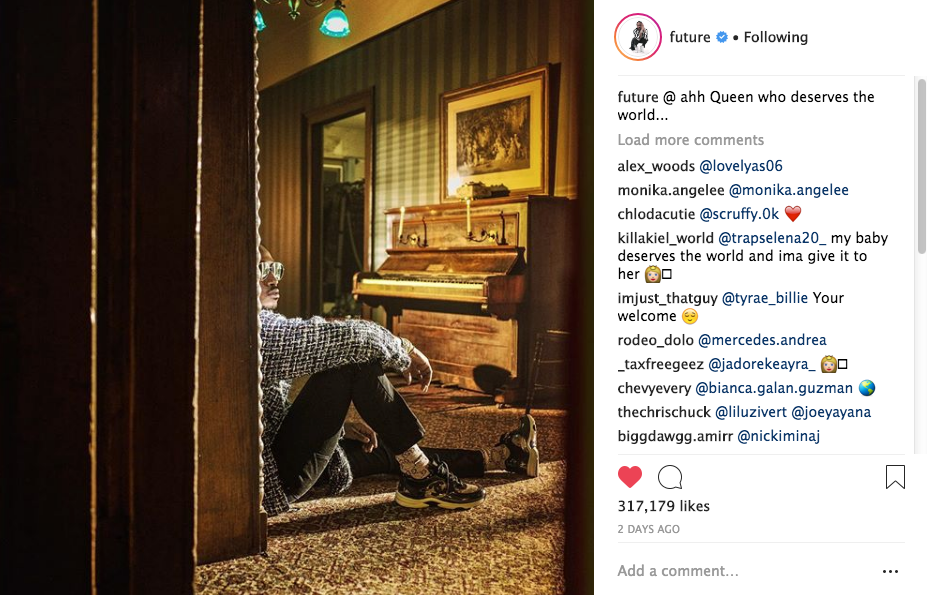 Most recently, he was linked to one of his baby mama’s Brittni Mealy.

He also is rumored to have impregnated Joie Chavis, who recently announced that he was expecting. Joie also shares a daughter with rapper Bow Wow.