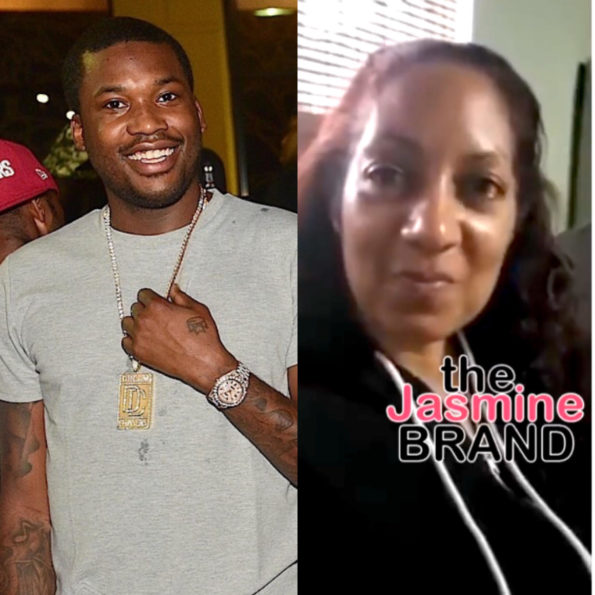 Meek Mill Encouraged by Nipsey Hussle’s Message to His Fans

Meek Mill has had to bury many of his friends, including former mentee – rapper Lil Snupe – in 2013. However, the recent death of Los Angeles rapper Nipsey Hussle has been particularly difficult. That was the case until Nipsey’s mother, Angelique Smith, shared an encouraging message about his death on social media that has fans, family, and friends beaming with pride. In her video message, Nipsey’s mother said:

“Death is not to be feared. Death is something you prepare yourself for. And when you walk this earth and you do good deeds for people, and you are loving and kind, those are the things that will show on your face…please do not fear death. Death is just the beginning of a wonderful world.” 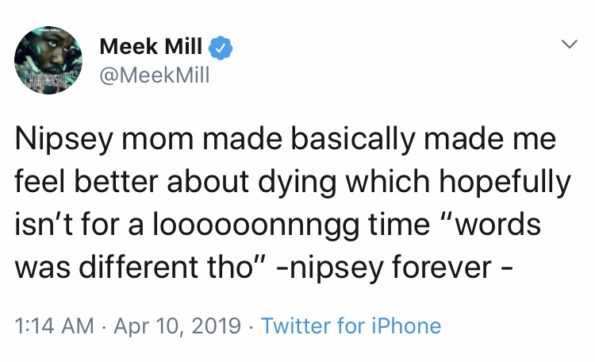 Meek Mill and Nipsey were friends, and the Philly native is sharing the pain of processing his sudden death. Last week, Meek Mill intermittently posted photos of him and his slain friend with emotional captions such as this one:

“Bothers my soul because nip was flawless! Sh*it is unbelievable man… he deserves a million man march or something.. things just can’t go back to normal after this lost!” 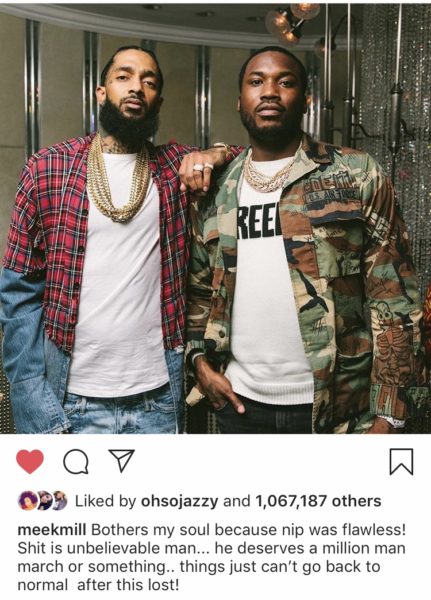 Nipsey Hussle even made a cameo in Meek and Drake’s video for “Going Bad” alongside other hip hop figures, like T.I., DJ Mustard, Swizz Beatz, and DJ Mustard. 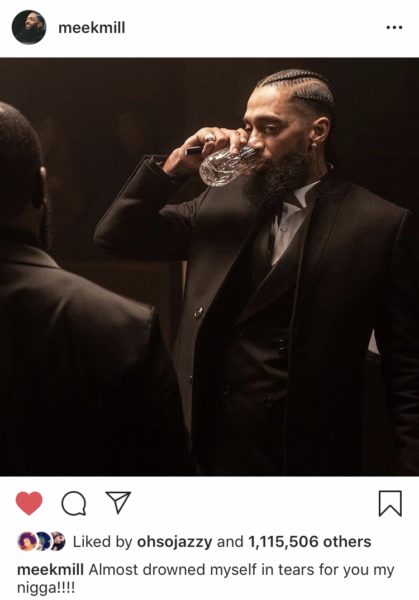 The friends and family of Nipsey Hussle are in the thoughts and prayers of theJasmineBRAND at this difficult time. 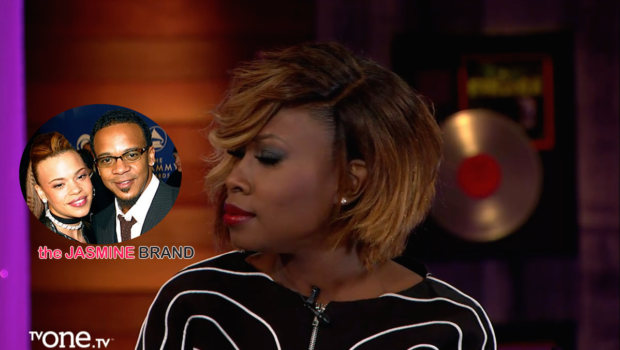 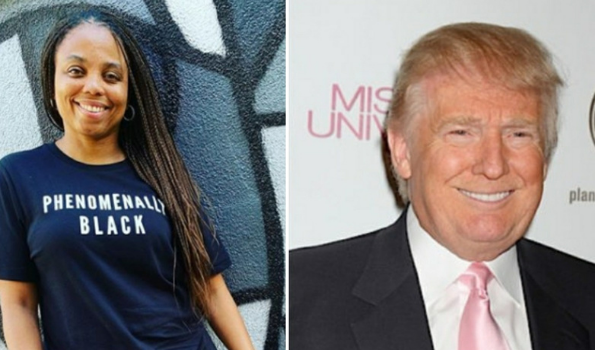