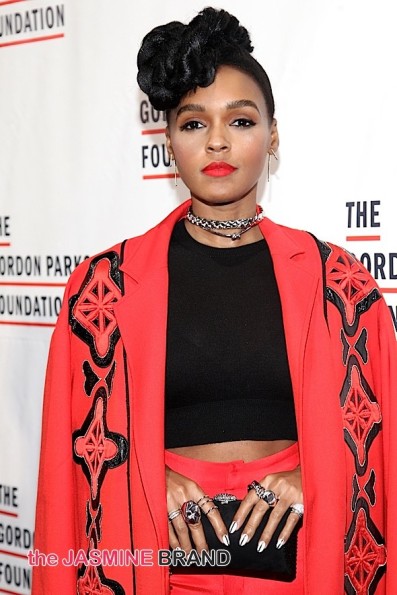 It’s safe to say singer and actress Janelle Monae has had enough of bullying, especially when it comes from people who are homophobic and/or racist. She took her frustrations out on Twitter and said if she had her way, people with those perspectives would be secluded from everyone else.

“Why can’t homophobic and racist people live in their own f***ing community? I am asking a serious question. Put y’all money together and start your own community. Build homes & just Be with each other. Stop making people’s lives who live in the real world miserable.” 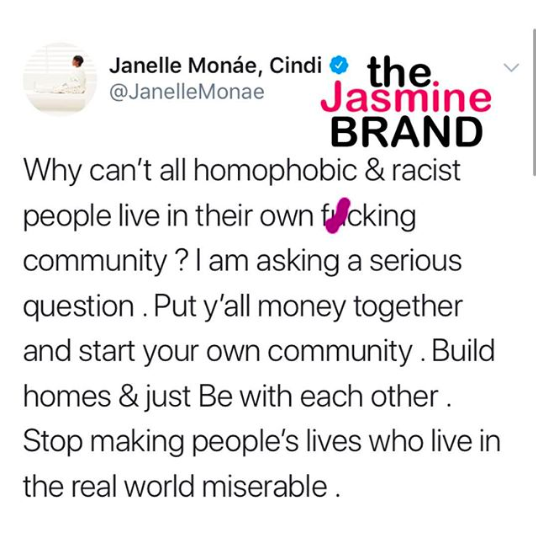 “The kids some of you are raising and teaching or NOT TEACHING did this. They bullied him. Let that sink in. LIVID. #NigelShelby”

She also implied President Donald Trump is the ringleader and added,

“Let #45 have the big house in the neighborhood.”

“I wanna have a real discussion around bullies (kids and adults) who bully kids/people because of their sexuality. Bullying leads to KIDS & ADULTS in the LGBTQIA falling into depression & committing suicide in many instances. What should the repercussions be for bullying?”

Her tweet comes after an Alabama ninth grader, Nigel Shelby, took his own life after being bullied for being gay. 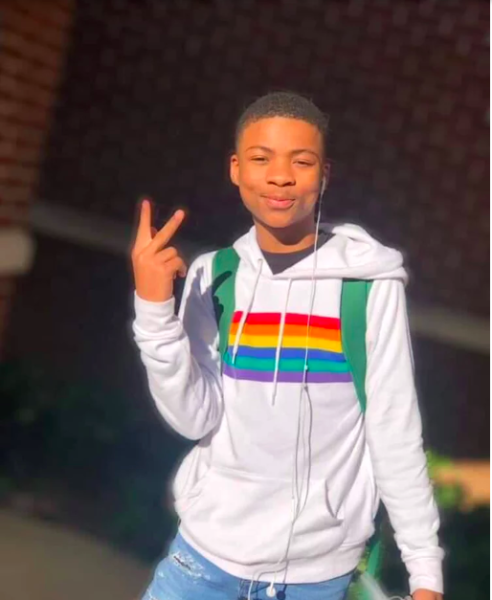 His mother, Camika Shelby, said according to PEOPLE,

“He was just special. Nigel was the sweetest child. He was so outgoing. He was always full of joy, full of light. Though Nigel brought happiness to those who loved him, he battled depression as he struggled to accept his sexuality. Coming out at such a young age, it can be hard. You never know if you’re going to be accepted. He didn’t know if I was going to accept it — that’s my child I love him.” 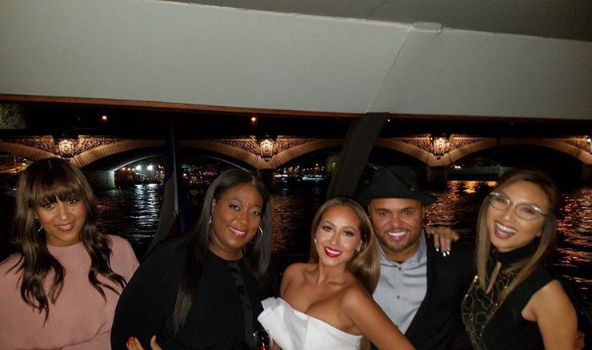 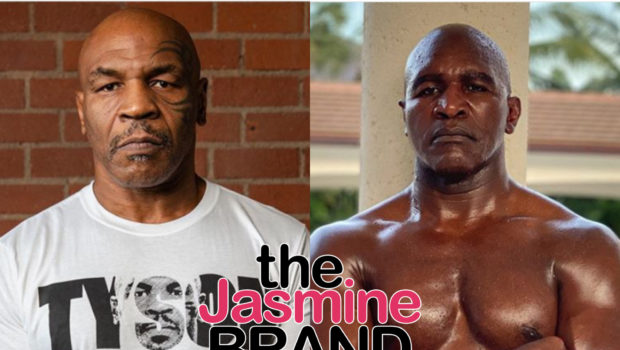