Model/cooking aficionado Chrissy Teigen is branching out…and with her mom right at her side. It was recently announced that the mother/daughter duo is set to star in their own courtroom comedy from upstart streaming service Quibi.

Weeks after it was revealed that Chrissy Teigen will front a new cooking show with Chef David Chang, it’s been officially confirmed that she has another project on the way—and it’s with her mother. According to reports, Teigen and her mom, Vilailuck “Pepper Thai” Teigen, will star in an upcoming courtroom comedy titled Chrissy’s Court. 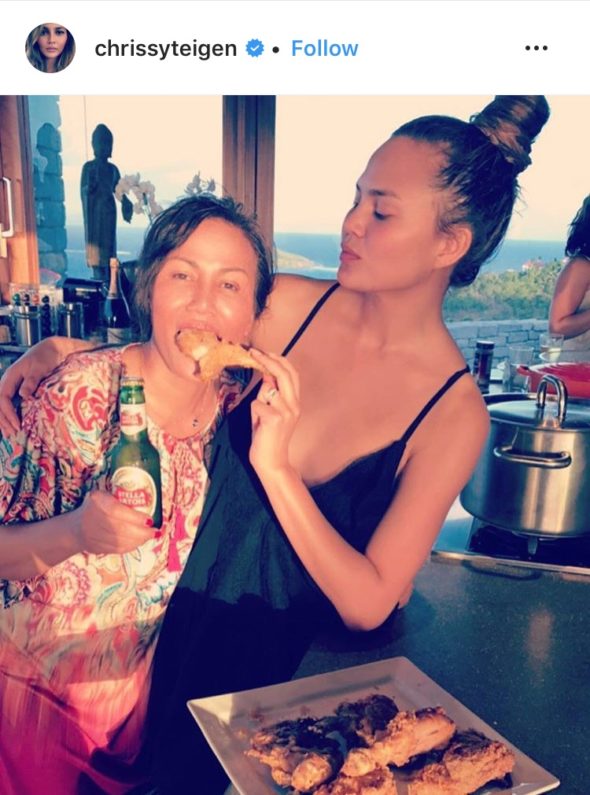 The synopsis for the series is as follows:

In each episode of ‘Chrissy’s Court,’ Chrissy Teigen reigns supreme as the “judge” over one small claims case. The plaintiffs, defendants, and disputes are real, as Chrissy’s mom turned “bailiff”, Pepper Thai, maintains order in the courtroom. In this courtroom, Chrissy’s decisions are final and binding.

Chrissy’s Court will be one of several new shows to air on Quibi, the forthcoming short-form and mobile-based subscription streaming service which debuts next year. The series is produced by Suit & Thai Productions and 3 Arts Entertainment, with Teigen and Luke Dillon serving as executive producers. Teigen and Suit & Thai recently entered into a two-year partnership to curate and produce original content, with programming ranging from scripted drama series to original talk shows.

At press time, no premiere date has been announced for Chrissy’s Court, however a start date of early 2020 is likely.

What are your thoughts on Chrissy Teigen’s new show? Let us know in the comments!