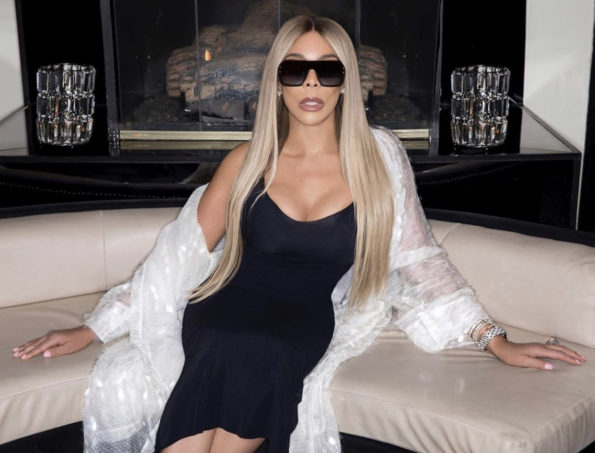 She’s one the loose! Newly single talk show host, Wendy Williams, 54, is having a blast with her new found restart to her life post divorce from her ex-husband and business partner, Kevin Hunter. Over the weekend, the daytime talk show host shared a photo of herself, sitting in front of a fireplace while wearing a revealing black dress and sunglasses, topped with a sheer white sweater on top, adding one of her signature blond wigs. She captioned it, 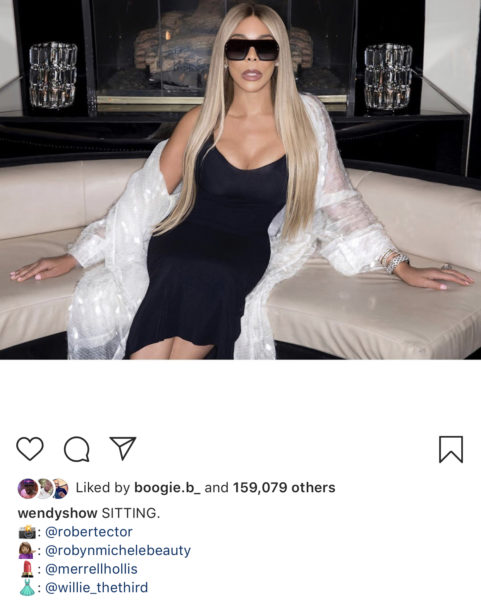 As Williams has become more and more open with her divorce, the daytime talk show host has been received well by many fans and notable celebrities. 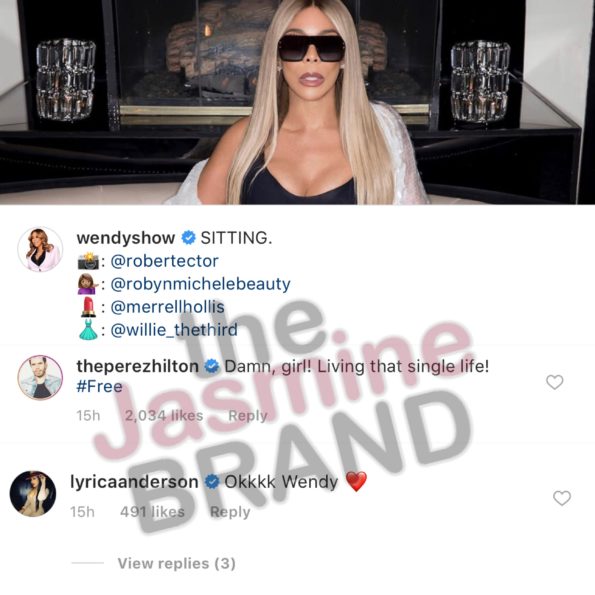 Here’s a clip of her out, opening a gift, showing off an impressive ring.

As previously reported, Williams has reportedly approached several major networks, including ABC, NBC and Oprah Winfrey’s OWN, to offer an emotional no holds barred interview. However, one crucial issue is Williams’ demand for an hour-long primetime slot. An inside source reportedly revealed,

“Her people wanted a morning show initially but then the idea came along for her to get an hour-long prime time slot, which most of the networks have balked at. An hour of Wendy time is a lot of time. Gayle King didn’t even give R. Kelly an hour. The other concern for the networks is which of their star names would sit down with her.”

Williams recently shared although she is dating, she is currently not in any serious relationship after rumors sparked following an outing with one of her security guards. She stated at the time,

And I don’t have a boyfriend, but I must admit, I’m rediscovering my love of men! And, you know, transparency: I do date. And I date pretty often!” 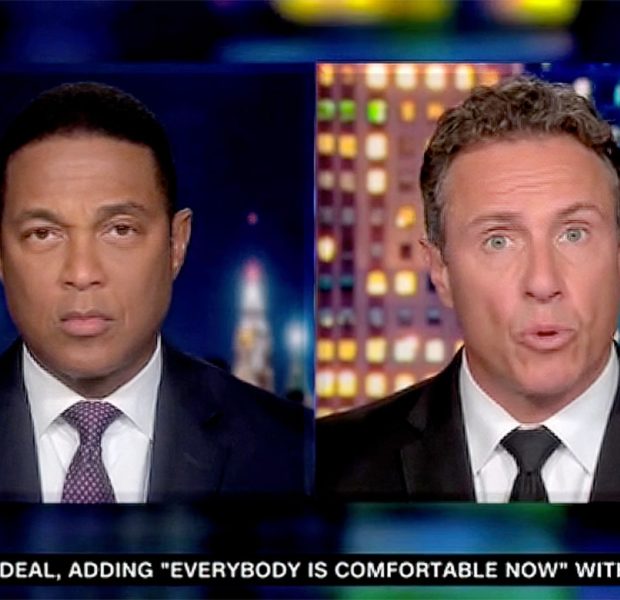 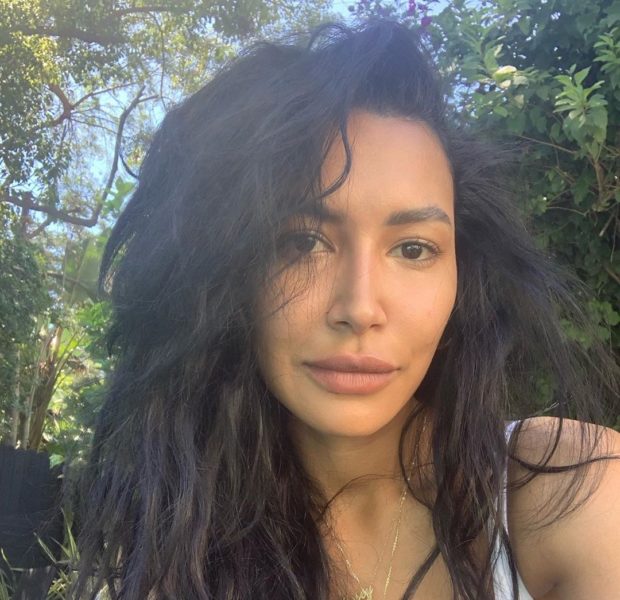 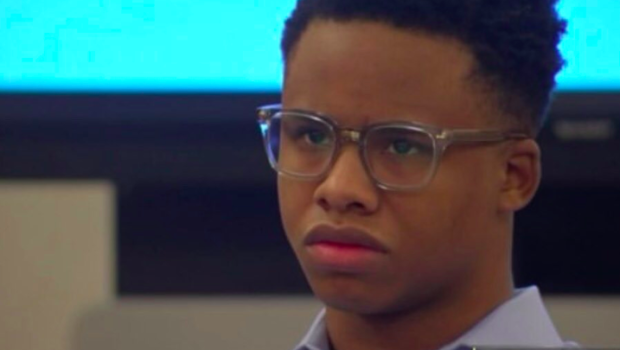 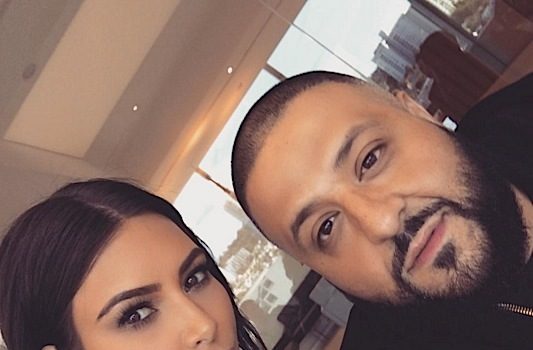