It looks like YG had one unforgettable weekend. But not in the best way. The rapper had a stint in jail after reportedly being pulled over for reckless driving around 1:45 Sunday morning. L.A. County police stopped him after he was spotted allegedly swerving in and out of lanes on the Sunset strip. He was headed to an appearance at the popular 1OAK club.

While he clearly wasn’t drunk after he passed his sobriety test, YG was still arrested after he was allegedly

“upset and uncooperative and used profanities toward the deputies.”

He was also accused of

“riling up the crowd.”

YG was released shortly after he was arrested. And it’s safe to say his short time behind bars didn’t completely ruin his weekend. He shared an Instagram story early Monday morning. 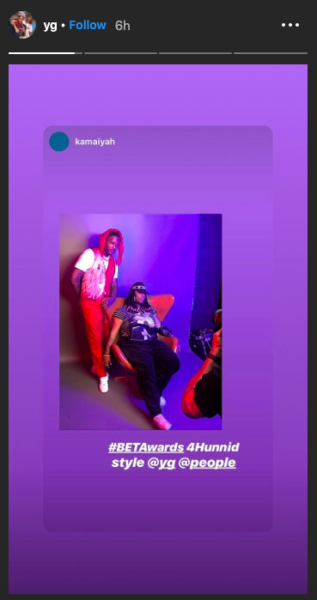