Rihanna is lashing out at president Donald Trump, responding to a tweet that he recently posted about gun violence in America. The 31-year-old singer reposted his tweet, writing:

Um… Donald, you spelt “terrorism” wrong! Your country had 2 terrorist attacks back to back hours apart leaving almost 30 innocent people dead. This, just days after yet another terrorist attack in California, where a terrorist was able to LEGALLY purchase an assault rifle (AK-47) in Vegas, then drive hours to a food festival in Cali leaving 6 more people dead including a young infant baby boy! Imagine a world where it’s easier to get an AK-47 than a VISA! Imagine a world where they build a wall to keep terrorists IN AMERICA!!! My prayers and deepest condolences to the families and loved ones of all the victims from Texas, California, and Ohio! I’m so sorry for your loss! Nobody deserves to die like this! NOBODY! 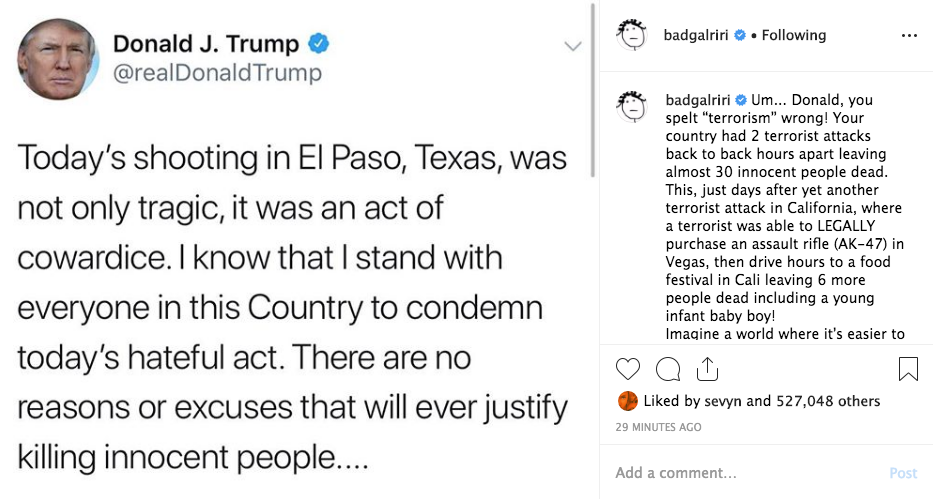 Her comments to Trump come amidst the aftermath of a pair of mass shootings in the United States that left 29 dead over the weekend.

A 21-year-old gunman armed with a powerful rifle turned a crowded Walmart store in this majority-Hispanic border city into a scene of chaos and bloodshed on Saturday, stalking shoppers in the aisles in an attack that left at least 20 people dead and 26 others wounded, the authorities said.

For several minutes late on Saturday morning, the packed Walmart near the Cielo Vista Mall on the city’s East Side filled with gun smoke and the echo of gunfire. Workers and customers, some bloodied, fled out the doors. Others huddled in the aisles or on the ground.

The authorities identified the gunman as Patrick Crusius, from a Dallas suburb. He was taken into custody after he surrendered to the police outside the Walmart. The authorities said they were investigating a manifesto Mr. Crusius, who is white, may have posted before the shooting, which described an attack in response to

“the Hispanic invasion of Texas.”

In a separate incident on early Sunday morning, a gunman killed nine people in a popular entertainment district in Dayton, Ohio, less than 24 hours after 20 people were shot dead at a Walmart in El Paso. The gunman in Dayton was identified as Connor Betts, a 24-year-old white man from Bellbrook, a Dayton suburb. One of the victims was his sister, Megan K. Betts, 22. Of the eight others killed, six were black.

The police say they are continuing to search for a motive and did not say whether the gunman sought to kill his sister or was aware that she was in the area Saturday night.
Mr. Betts was killed by the police, who responded to the mass shooting in less than one minute, the authorities said. 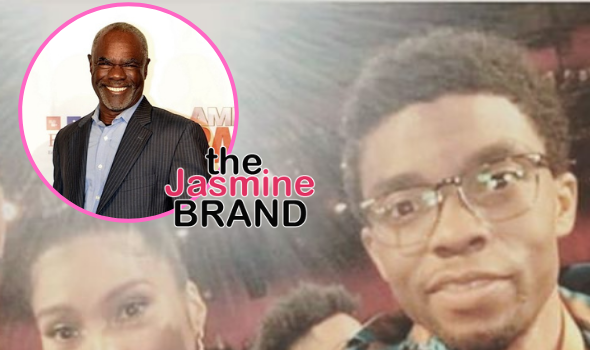