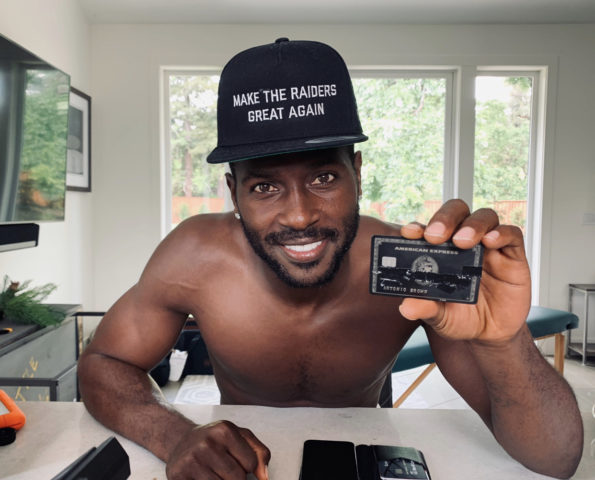 Antonio Brown has reportedly informed his team, the Oakland Raiders he will not play football again unless he can wear his old helmet. Sources say,

“coaches and players are concerned that the receiver’s unhappiness regarding the helmet issue might be playing a role in his decision to stay away from Napa.” 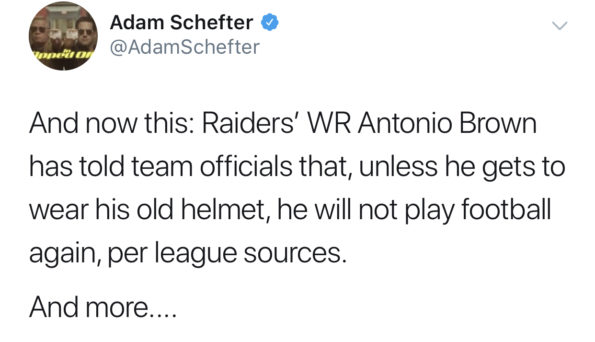 Reportedly, Brown reported for their official team practice in Napa, California. The team suited up with their helmets for the first time during OTA’s and Brown allegedly made his request for a particular helmet and,

“After being told he’d have to wear an approved model, witnesses say, the receiver began loudly voicing his displeasure”.

Brown has filed a grievance with the NFL over league’s enforcement of its helmet violations. Brown had a hearing Friday in front of neutral independent arbitrator. The NFL has a policy of not allowing players to wear helmets that are not certified by NOCSAE, and the committee’s rule has been that no helmets older than 10 years can be worn. 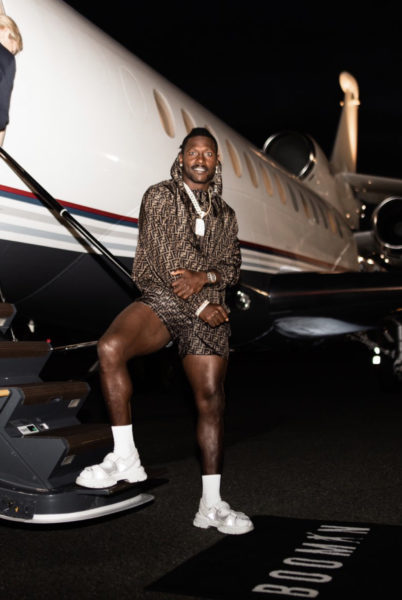 According to reports, Brown’s frustration has created a buzz among teammates and coaches, one teammate who wasn’t named says,

“Honestly the most insane thing I have ever heard. I don’t know why it’s so important to him. It doesn’t make any sense.”

“He hasn’t been here for awhile, and no one knows where he’s at.”

In March, the Pittsburgh Steelers ended their relationship with Brown by trading the Pro Bowl wide receiver to the Oakland Raiders for a 2019 third-round draft  pick (No. 66 overall) and 2019 fifth-round pick (No. 141 overall).

What are your thoughts on Anontio Brown? Let us know in the comments! 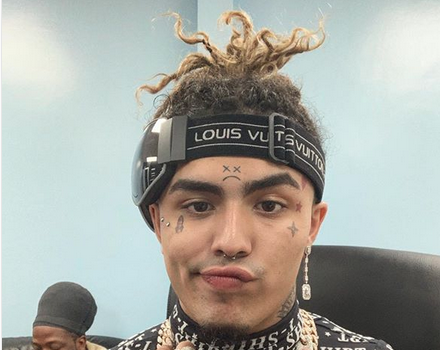