Charlemagne get so excited when he thinks some1 bout to say smthn negative about me ? that tail get to wagging, that lil p*ssy get to poppin, he get to giggling ?

She also claimed that she was not allowed on the popular morning show which includes hosts DJ Envy, Angela Yee and Charlamange.

They banned me from the show but always talkn bout me. I’m pullin up cuz we in NY soon. I’d rather be invited tho js

Her tweets comes amidst a new interview that The Breakfast Club did with Rock Ross. In one of the clips that has gone viral, Charlamagne asks Ross about being criticized by Minaj. Click here for Minaj’s initial comments and see Ross’ response below. 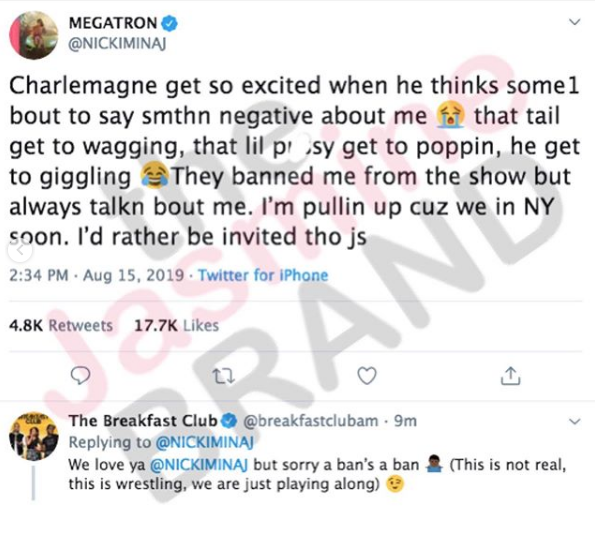 Looks like Minaj will be joining the Breakfast Club in the near future.

Cardi B Says She’s Getting Better At Showing Her “Lovey-Dovey” Side In Her Music: Feels Weird And Uncomfortable
Exclusive
Post Slider 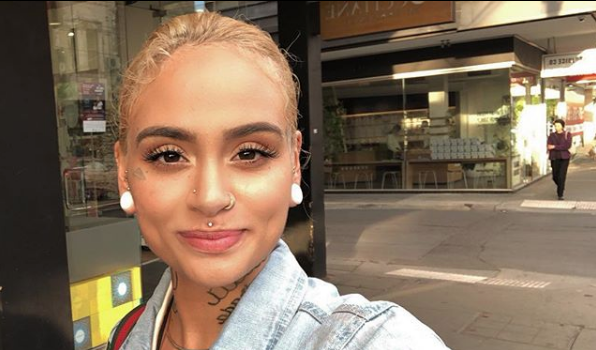 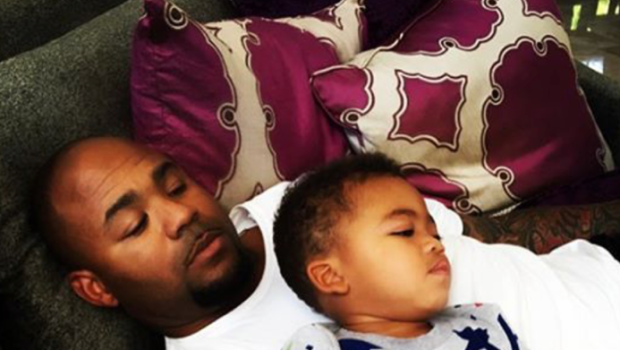