Summer Walker is more than just a pretty face and the voice behind hit songs like “Wasted” and “CPR.” Who knew she was a masterful pole dancer? The verdict is still out on whether or not she used to be a professional exotic dancer, but she recently allowed fans to watch her brush up on her skills. 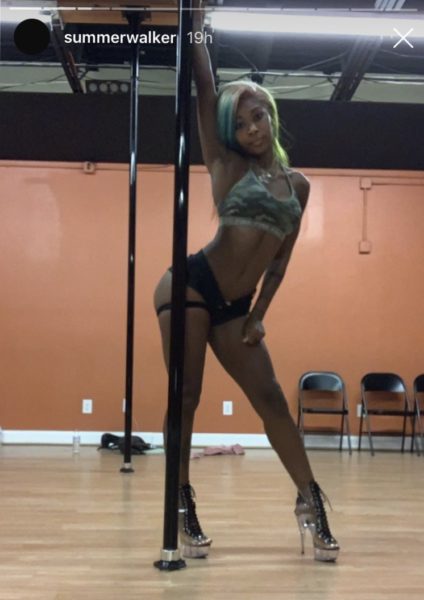 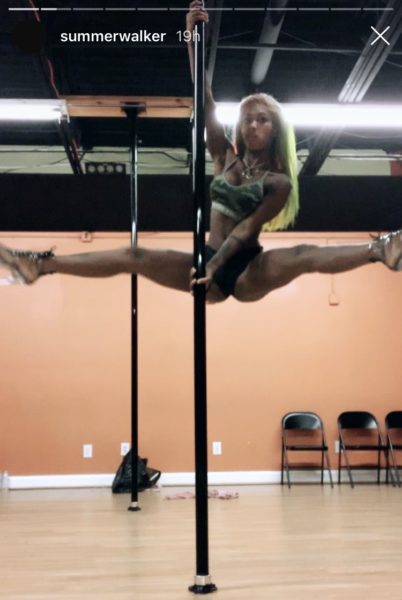 Summer twirled around a private pole studio in clear PVC platforms, a camouflage crop top, and multi-colored wig to “Come Thru” by Mike Will Made-It and Trouble.

She was, seemingly, giving her new man a private show! Oww! She and producer, London On da Track, went public recently and over the weekend, shared cozy photos on each other’s timelines. 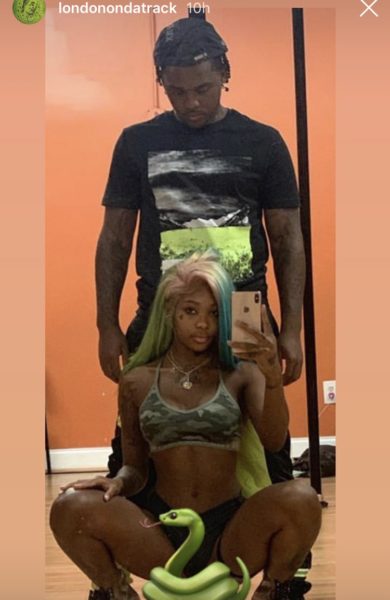 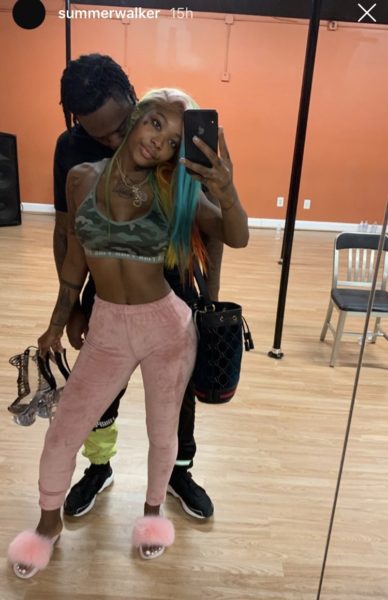 London’s caption for the flicks read: 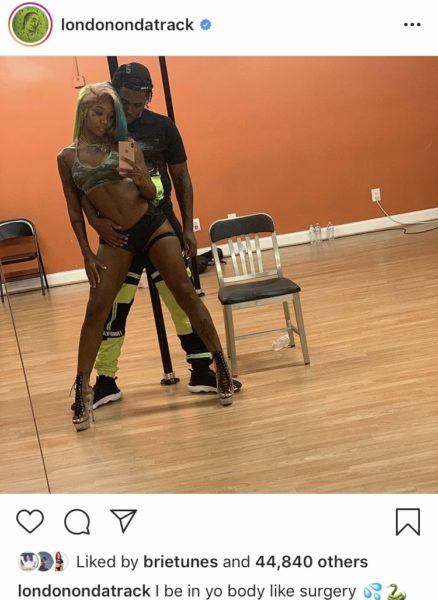 Oop! Interestingly enough, London recently welcomed a baby boy named Cairo Saint with popular Atlanta influencer, Dayybella. Despite no photos of London being found on her profile, he and Dayybella can be seen posing at their baby’s gender reveal party this past April. 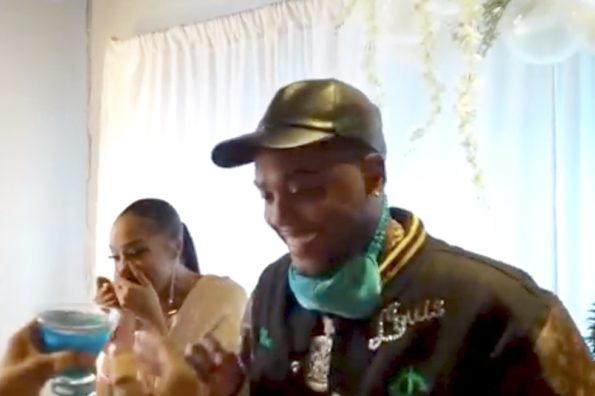 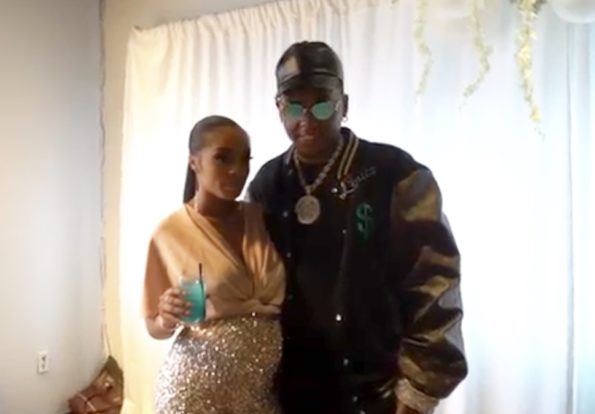