Congratulations are in order for Afrobeats singer Davido Adeleke! He proposed to his longtime girlfriend Chioma Rowland, better known as Chef Chi. Their friends gathered at a lavish London restaurant with a photographer in tow to capture the moment. 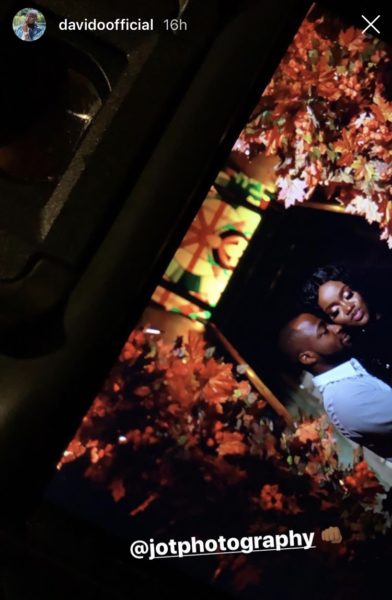 He showed off the first look at his bae’s beautiful pear-shaped diamond engagement ring with the following caption: 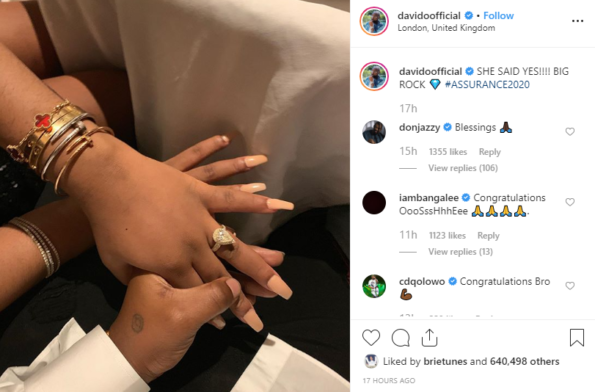 Inside the ring the previously mentioned hashtag is engraved. 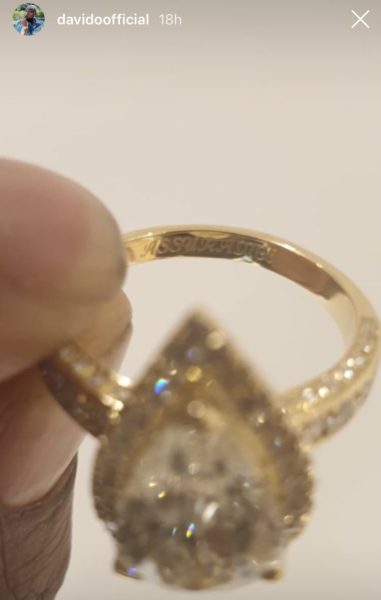 It’s only right that assurance serves as the Nigerian couple’s official wedding hashtag after Chioma starred as her real-life love interest’s leading lady in his music video of the same name.

Chioma, of course, loved the ring, using this caption for her Instagram following: