“Old Town Road” has made itself historic as the longest-running number one in Billboard history – so rapper Lil Nas X could ride his horse until he can’t no more. But he says he’s not interested in being a one-hit wonder. In his latest interview, he discusses how he’s solidifying himself as an artist, how he stays normal, and coming out to his father. 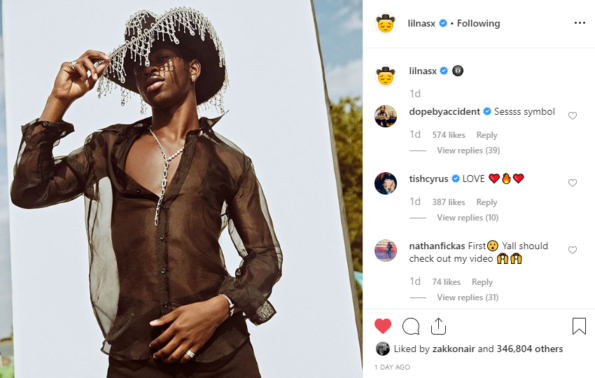 Lil Nas X says a major sample oversight could have costed him the success of “Old Town Road:”

“The song was nowhere near the real takeoff it was going to have. I was like, ‘Oh, my God – if they find out about this, they’re going to get this taken down and I’m going to have to start all over.’ It was like a race against time…I was sick because of smoking, not sleeping because I’m always promoting my music. I was stressing so much more during that period because it was my first song to move at this height, this speed. One wrong step and it can all slip up.”

MTV wanted him to perform his smash single alongside Billy Ray Cyrus at the VMAs, but trying to avoid being hailed a one hit wonder – he performed, “Panini,” instead.

On coming out as gay to his father:

“[It was] nerve-wracking. It’s something I never probably would have did if I was still living with my parents. I have that independence to do it, you know?”

Lil Nas X is actively working on being seen as a real artist despite people’s infatuation with his “Old Town Road” persona:

“As an artist building myself up, I’m going to have to continue to make other moments. But it’s not something that I’m upset about or anything. I mean, maybe when I’m out in public and someone asks for a picture and they’re like, ‘Where is your hat?’” 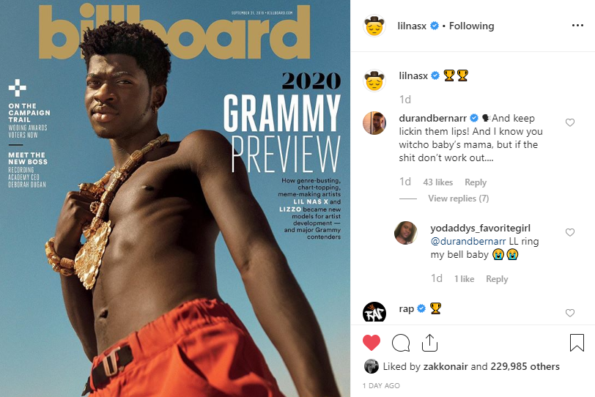 Through all of his newfound fame, the Atlanta native keeps himself normal and grounded:

“I’m still sleeping on my air mattress…I still ride in Lyfts. I haven’t got a license yet.” 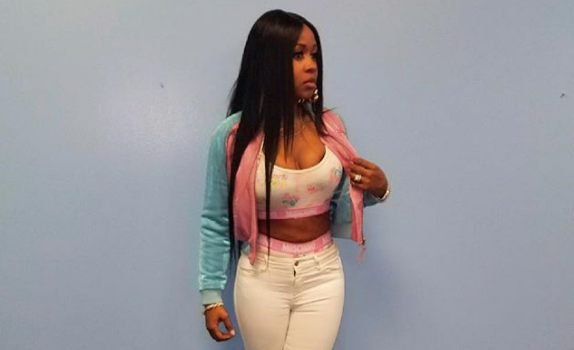