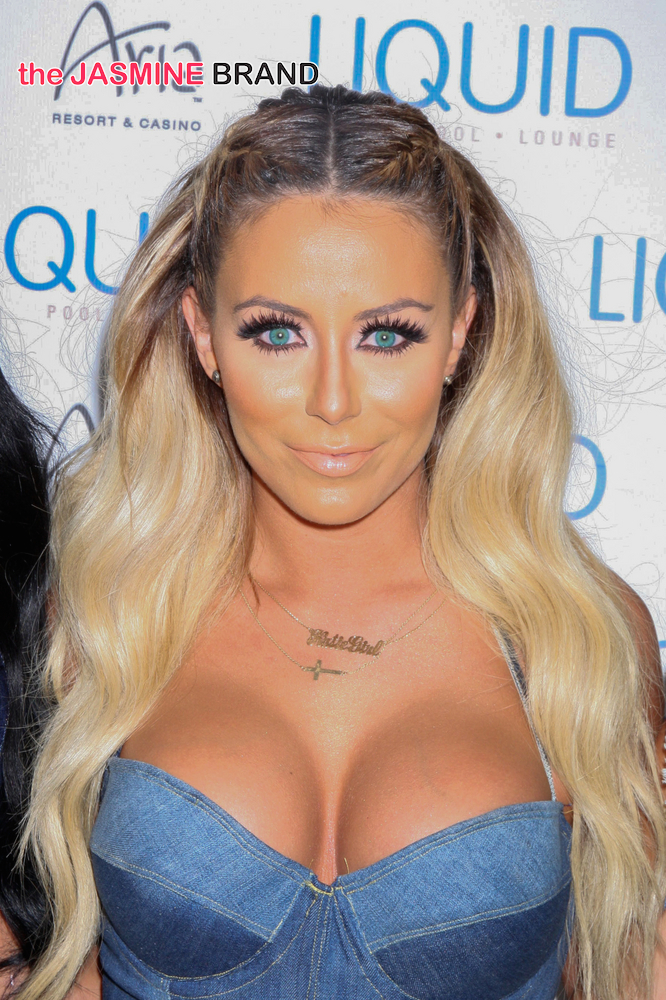 Aubrey O’Day put American Airlines on blast after an uncomfortable situation went down on a recent flight.

The Danity Kane songstress took to Twitter Thursday (Sept. 26) to share her experience and name-dropped the flight attendant.

“never have I flown & had the steward treat me like a punished lil child in timeout the entire flight.. including making me undress in front of the entire plane because he didn’t like my shirt & made me turn inside out in order to fly @AmericanAir JAMES RUSSO NEEDS TO BE FIRED.”

“yeah. I was SHOCKED. I literally had to have my breasts in a bra out in front of everyone around me in order to net get kicked off. The girl next to me held up her blanket cuz she felt bad.”

She also responded to the airline’s comment and made it clear she wished she took another airline.

“I gave you his name. I literally have no interest in dealing with your airline any further. I’m that offended and disturbed. I wish I [email protected]” 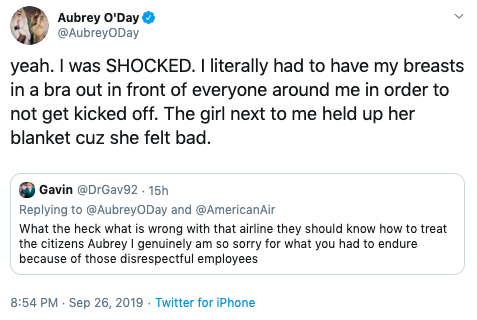 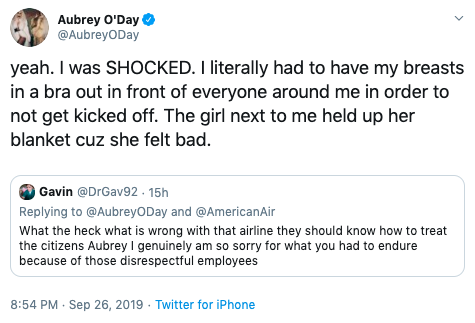 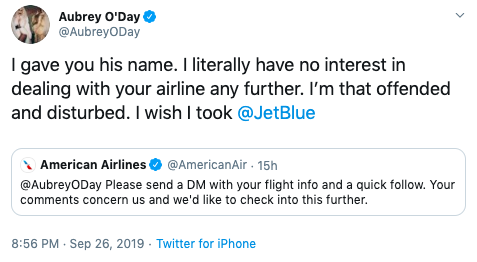 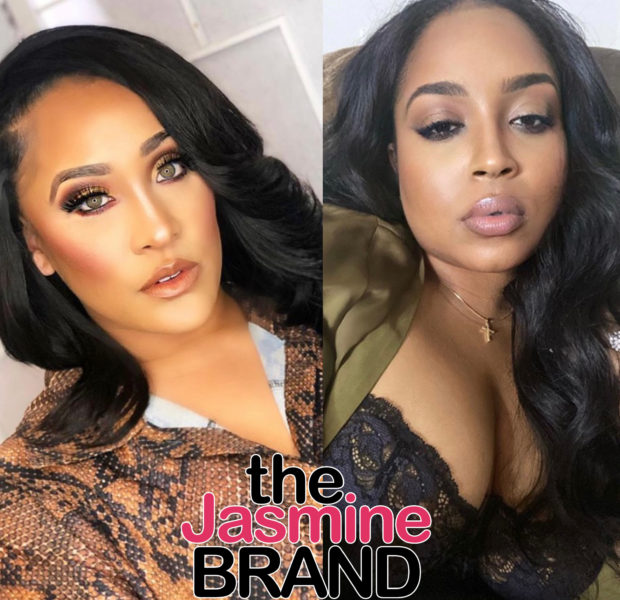 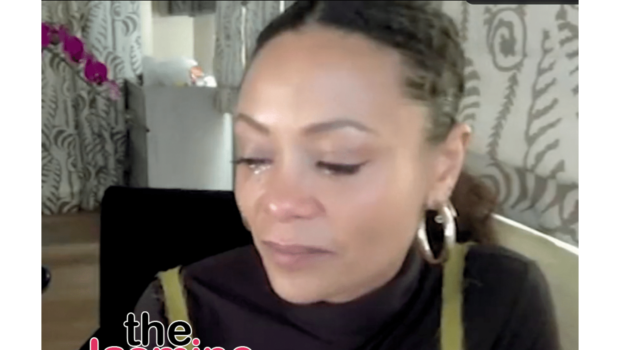 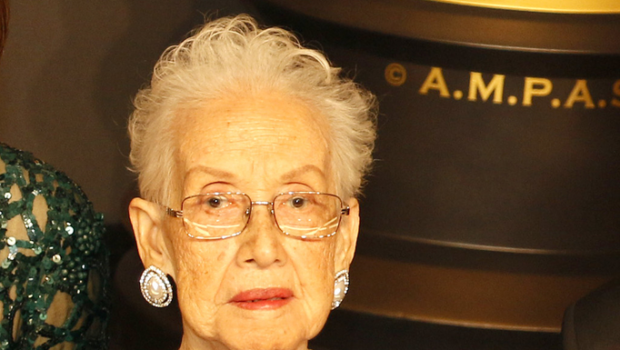 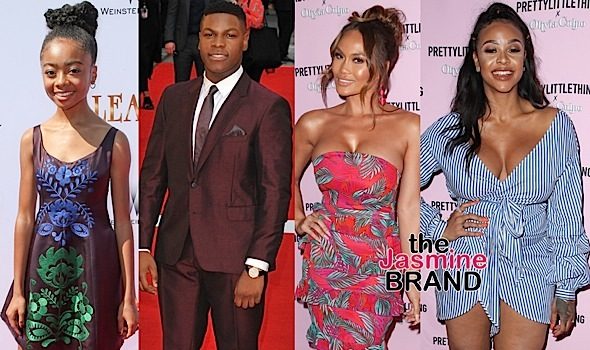