Cyn Santana has made it clear her break up with Joe Budden was all up to her. While appearing on Tiffany “New York” Pollard’s YouTube show, Cyn Santana dished on their previous romance.

Interestingly enough, Tiffany Pollard thought they were still together until Cyn Santana corrected her.

“It’s not a little [separation]. Cyn Santana is single. It didn’t work out. This is it.”

Viewers saw the ups and downs of their relationship on VH1’s Love & Hip Hop: New York.

When asked if putting their relationship on reality TV was a factor in their decision to split, Santana said,

“We didn’t decide on anything. I did what was best for my mental health, for my peace, and my son, you know what I mean? It was a decision that I had to make on my own. This wasn’t a unison thing.”

Budden and Santana went public with their relationship in the summer of 2016. They then welcomed son Lexington Budden in December 2017. Budden went on to propose to Santana a year later before the split.

Meanwhile, Santana went on to speak on her previous relationship with Erica Mena, which was also a storyline on Love & Hip Hop: New York.

“I was very young. She’s beautiful. I don’t [regret it]. Things happen. I’m not in charge, I’m just living my life and that was a part of my life. We haven’t spoken in a long time.”

She added that she’s ready to date again.

“I like being wined and dined. I love talking. I love getting to know people. You don’t gotta pull the chair out but you get a little star sticker next to the name when you do that. I’m a foodie, you gotta feed me.

She also got real about the realities of giving birth to Lexington.

“Childbirth is the most beautiful but most traumatizing. I was in labor for 18 hours, and I had to push for three hours. Pushing a baby out is like running a marathon. So imagine running a marathon for three hours. It was hell… It’s like taking a dump. It’s the biggest dump of your life. But then you really dump too. Do you know hard it is to push like you’re dumping and not dump? Your entire anus just spreads open and then you’re left with Hemroids after! It’s burning, it stank! Disgusting! You crap, you vomit, you sweat, you don’t eat for 24 hours. And then they have the nerve to just throw this baby on you after, and tell you to take it home.”

She said she realized it was all worth it two days later.

What do you think about what Cyn had to say about her previous relationship? Tell us in the comments! 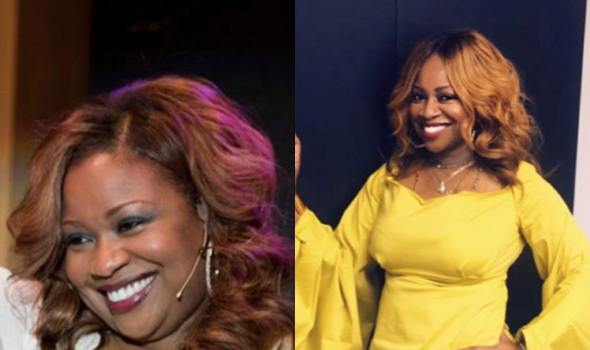