Actress Gabrielle Union, 47, took Instagram on Thursday (Dec. 12) proudly  sharing a video of some of her on-air looks from her stint on “America’s Got Talent.” As reported, Gabrielle Union was allegedly informed by NBC that her hair was “too black” for the reality show’s audience, before she was fired from the show after one season. Now, Gabrielle Union has posted a slideshow of an array of looks including high ponytails, blunt bobs, and twisted up-dos. She wrote,

“Unapologetically me. Be comfortable and confident with your whole a** self. It might give others the fluuuxxx but never stop being you. You can shine on your own terms. And if you got something to say, I dont take notes rooted in anti-blackness. I love me as I am.“

Unapologetically me. Be comfortable and confident with your whole ass self. It might give others the fluuuxxx but never stop being you. You can shine on your own terms. And if you got something to say ????? I dont take notes rooted in anti-blackness. I love me as i am.

Last week, Union shared that she had a 5-hour long meeting with executives were she allegedly opened up on her thoughts amid the controversial firing.

“We had a lengthy 5-hour, and what I thought to be, productive meeting yesterday. I was able to, again, express my unfiltered truth. I led with transparency and my desire and hope for real change.”

As previously reported, the reason for the meeting was said to be to help the environment on the show. But Gabrielle still won’t be coming back as a judge. It’s not clear if any staff from the network was actually present in the meeting.

Reportedly, Gabrielle also hired her own lawyer, Bryan Freedman and was allegedly contemplating taking legal action after news of her firing went viral. Simon Cowell, who is the executive producer of the series, and his production company Syco, along with Fremantle released a joint statement Dec. 1.

“We remain committed to ensuring a respectful workplace for all employees and take very seriously any questions about workplace culture. We are working with Ms. Union through her representatives to hear more about her concerns, following which we will take whatever next steps may be appropriate”

What are your thoughts on Gabrielle’s looks? Let us know in the comments!

Lena Waithe Addresses Jason Mitchell’s Sexual Assault Allegations On ‘The Chi’: “I Don’t Have The Power To Fire Anyone” + Says She Will NOT Work W/ Him In The Future
Exclusive
Post Slider 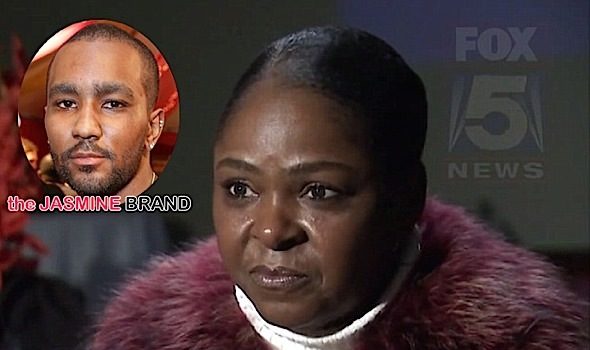