Dwyane Wade is reacting to Terry Crews’ recent apology to his wife, Gabrielle Union. On Friday (Jan. 31st), he tweeted

His tweet comes after Terry Crews issued a public apology to Gabrielle Union. On Friday (January 31st), the America’s Got Talent host fired off a number of apologetic tweets writing:

I told @KevinHart4real a while ago, he needed 2 “acknowledge the pain of other people.” Right now I have to do the same thing. I want to apologize for the comments I made. I realize there are a lot of Black women hurt and let down by what I said and also by what I didn’t say.

I hear you, I respect you and understand you. I am sorry and I am here to support you. I spoke from my own personal point of view without first taking into consideration someone else’s experience.

I allowed disrespectful comments directed at me and my family to cause me to react angrily instead of responding thoughtfully. This certainly caused more harm, and it is my hope that I can amend any pain I have caused to those who were hurt by my words.

@itsgabrielleu
, I want you to know it was never my intention to invalidate your experience— but that is what I did. I apologize. You have been through a lot in this business, and with that I empathize with the struggle toward fairness and equality in the workplace.

@itsgabrielleu
You are a role model to the entire black community and In my desire to be professionally neutral as your co-worker, I should have at the very least understood you just needed my support. 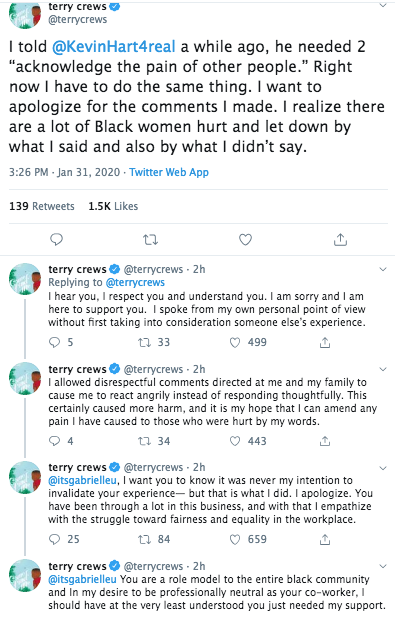 Earlier this month, Terry came under fire after he failed to defend Gabrielle Union after she was fired following a season of serving as judge of the talent competition series. The move from NBC caused a whirlwind as reports said Gabrielle Union’s firing was racially charged after she complained about the toxic environment behind-the-scenes and was reportedly told her hair was “too black.”

Gabrielle Union then seemed to respond with a series of tweets (read from the bottom up).

Gabrielle has yet to respond to Terry’s apology.

What are your thoughts about Dwyane Wade’s response? Let us know in the comments. 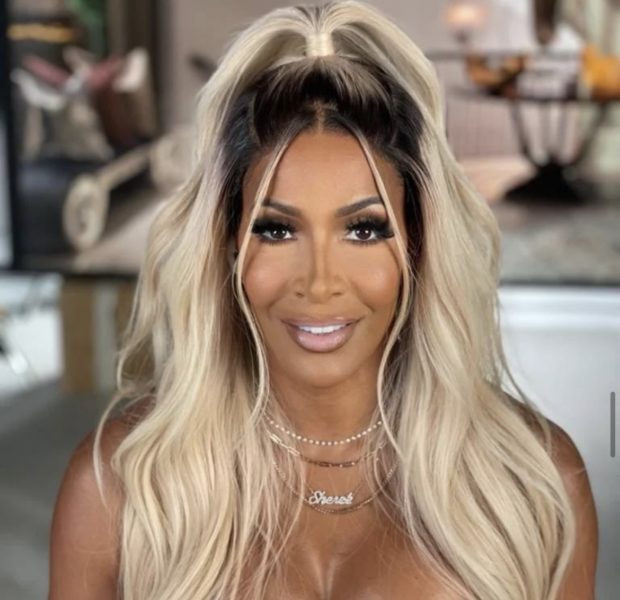 Shereé Whitfield Addresses Accusations Of Allegedly Copying SHEIN’s Designs For Her Clothing Line SHE By Shereé: I Don’t Understand Why People Hold Me To A Different Degree Than Everybody Else 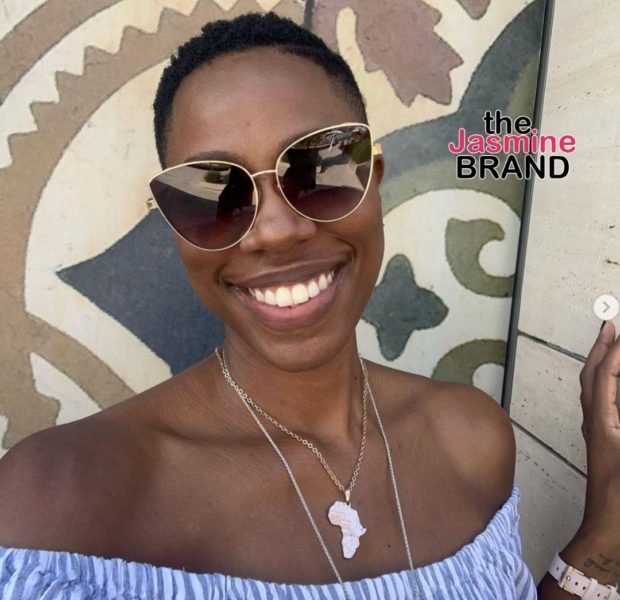