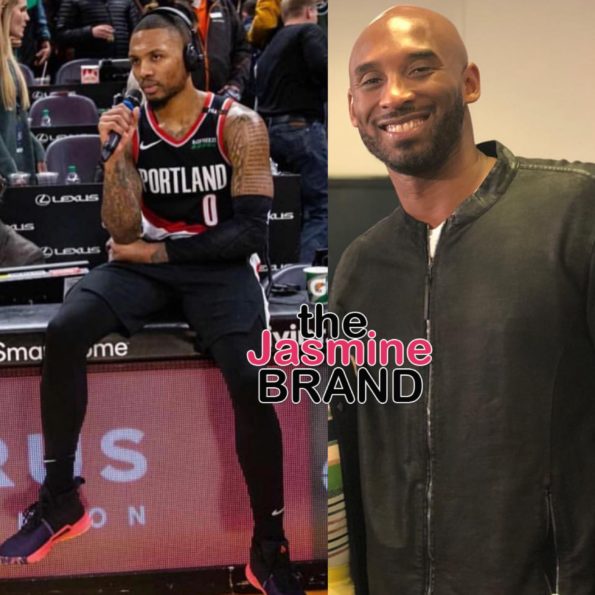 With his dominant performance on Friday, Lillard became the first player in NBA history to record 35-plus points, five-plus rebounds, five-plus assists and five-plus threes in five straight games, according to reports. The 29-year-old NBA All-Star took to Instagram on Saturday (Feb. 1st) writing,

Lillard also showed his respects to the Lakers legend with the hashtag, 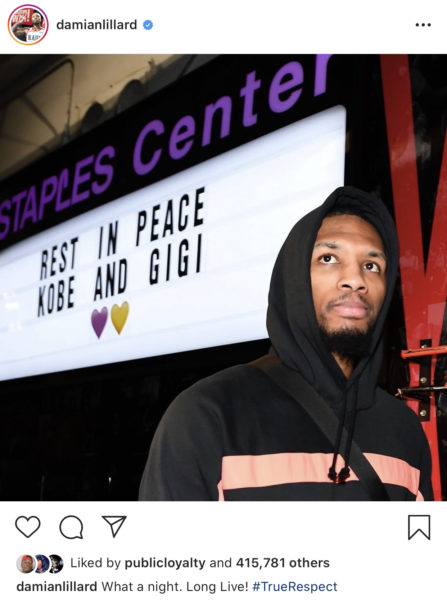 After his record breaking game in Friday, Lillard spoke to reporters on what inspired his nearly 50 point night.

“I tried not to think too hard on it and just focus on the game. I wasn’t going to buy into, ‘Everyone needed to have the Mamba Mentality.’ I think we should all be out there trying to be our best selves and be out there working to get the job done. I just wanted to honor him by competing and coming out here playing a great game and trying to win.” 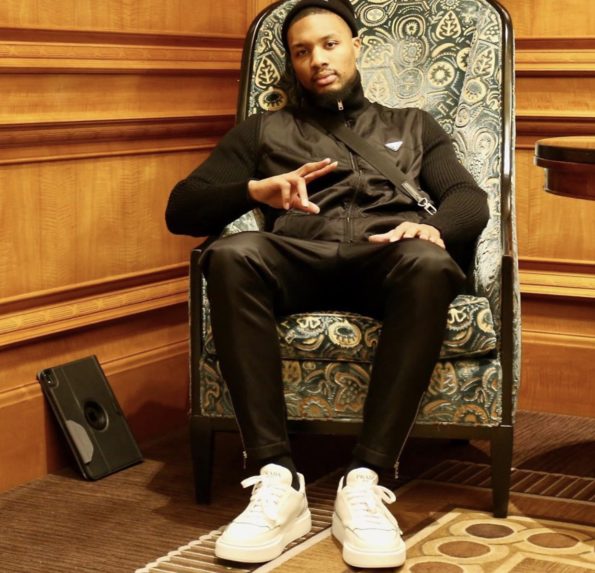 He adds a special memory of Kobe from the 2014 NBA All-Star Game in New Orleans. Lillard was sitting on the bench, staring into space in clear frustration with his minutes played. Lillard opened up on what Kobe came and chatted with him about. He says,

“You f—ing belong here [as an All-Star]. You’re right where you’re supposed to be with everyone here. You’re an All-Star. Just keep working young fella.” 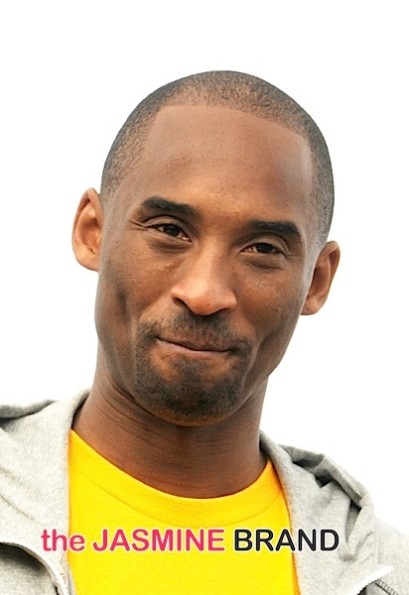 Close friend to the Laker legend, LeBron James gave an emotional speech, deciding to speak from his heart, as opposed from a pre-written speech. 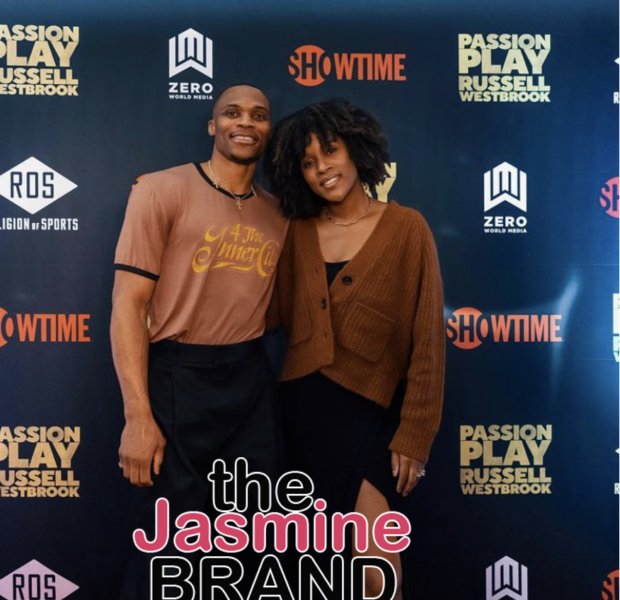 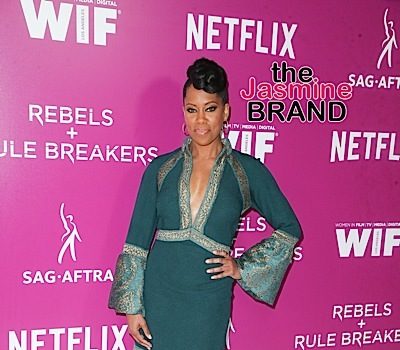 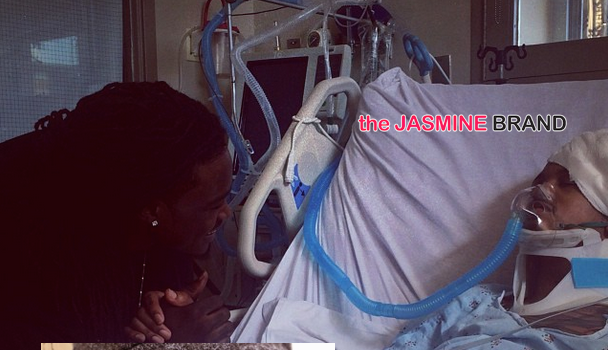