In November, it was reported that Gabrielle Union and Julianne Hough would not be returning as hosts for Season 15 as hosts of NBC’s “America’s Got Talent.” Fellow judges Simon Cowell, who is also as executive producer of the show,  Howie Mandel, and host Terry Crews will still be making a return for the 15th Cycle.

Gabrielle Union’s firing caught the immediate attention of the network, resulting in a meeting with NBC’s lawyers to discuss what happened and why she was fired. She tweeted in December,

“We had a lengthy 5-hour, and what I thought to be, productive meeting yesterday. I was able to, again, express my unfiltered truth. I led with transparency and my desire and hope for real change.”

Gabrielle Union also seemingly took up for her hairstyles on the show, amid reports she was told her hair was “too black.” The TV host also clashed with producers previously about a contestant whose material she found racially insensitive,

“Unapologetically me. Be comfortable and confident with your whole a** self. It might give others the fluuuxxx but never stop being you. You can shine on your own terms. And if you got something to say, I dont take notes rooted in anti-blackness. I love me as I am.”

Unapologetically me. Be comfortable and confident with your whole ass self. It might give others the fluuuxxx but never stop being you. You can shine on your own terms. And if you got something to say ????? I dont take notes rooted in anti-blackness. I love me as i am.

“We remain committed to ensuring a respectful workplace for all employees and take very seriously any questions about workplace culture. We are working with Ms. Union through her representatives to hear more about her concerns, following which we will take whatever next steps may be appropriate”

Gabrielle Union reportedly considered getting her lawyer Bryan Freedman to potentially take legal action against the show, and was said to be,

“exploring her legal options against the network.”

A source added the Gabrielle Union would never return to show that made her a subject of “toxic culture” that became normalized, including excessive notes on her appearance, even saying that her hairstyles were “too black,”

“Gabrielle believes there is a toxicity that has become normalized at Talent. She wants to help fix that, because she loved a lot of her time on the show last season, even with the issues with Simon and what have you. But she could never go back, even if they did a [180] and asked her to for another season — no.”

Gabrielle Union is also severely allergic to smoke, and her requests allegedly fell upon deaf ears when asking judge and EP Simon Cowell to stop smoking indoors.  The drama all led to NBC commissioning a third-party investigation in response to Gabrielle Union’s claims of racial insensitivity and sexism.

On Wednesday (May 27th), NBC, along with series producers FremantleMedia and Syco, put out the following statement and suggested race and gender were not factors in the female hosts being let go.

“No one associated with the show made any insensitive or derogatory remarks about Ms. Union’s appearance, and that neither race nor gender was a contributing factor in the advancement or elimination of contestants at any time.”

Check out the full statement below,

“We have a shared passion to make America’s Got Talent a positive, inclusive and diverse show that is open to all individuals from any country or background. We are proud and grateful that our contestants and audiences support our ongoing mission, which is represented in the incredible people who participate in the show each year. We have heard from contestants and talent alike that their experience on AGT has had a positive impact on their lives. When we heard Ms. Union had concerns about her time on the show, we took them extremely seriously.

NBC, Fremantle and Syco immediately engaged an outside investigator who conducted more than 30 interviews to review the issues raised by Ms. Union. While the investigation has demonstrated an overall culture of diversity, it has also highlighted some areas in which reporting processes could be improved.

Through the investigation process, it has been revealed that no one associated with the show made any insensitive or derogatory remarks about Ms. Union’s appearance, and that neither race nor gender was a contributing factor in the advancement or elimination of contestants at any time. The investigation has shown that the concerns raised by Ms. Union had no bearing on the decision not to exercise the option on her contract.

NBC, Fremantle and Syco share Ms. Union’s dedication to diversity and inclusion in the industry. We continue to remain committed to having an inclusive environment for everyone associated with the show, and to upholding AGT as one of the most diverse programs on television.”

Gabrielle Union has not publicly responded to the outcome of the investigation yet.

What are your thoughts on the results? Let us know in the comments! 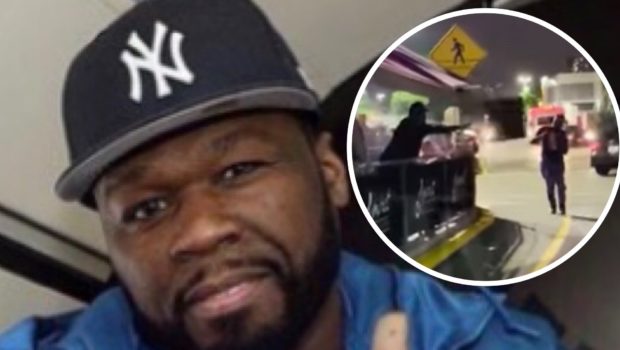