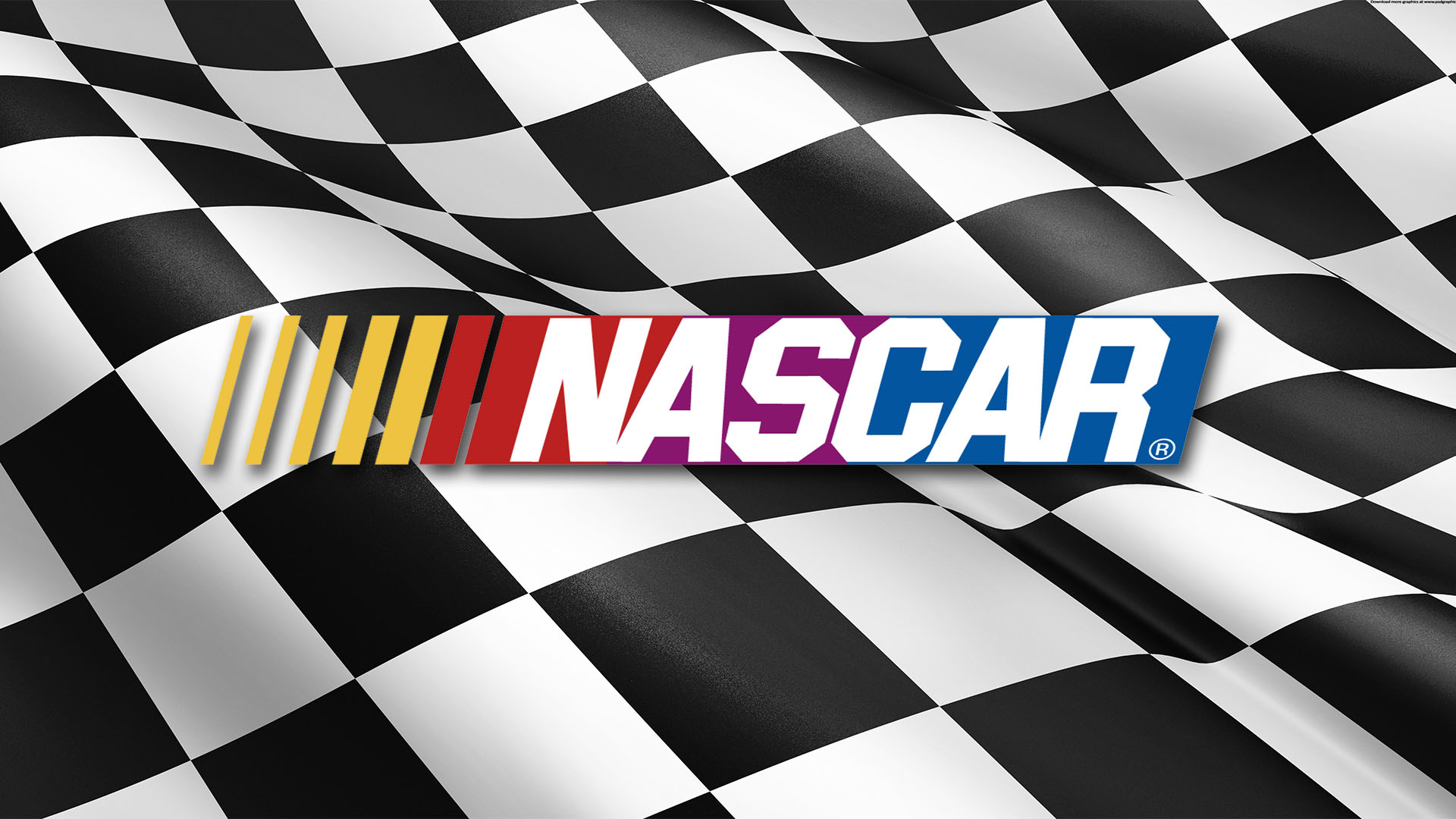 In an attempt to bring the world together amid social unrest and countless protests of police brutality, NASCAR released a monumental statement prohibiting the display of Confederate flags at its racetracks Wednesday (June 10th). In the statement, NASCAR says bringing and welcoming all walks of life is their commitment to all fans. The statement reads,

“The presence of the confederate flag at NASCAR events runs contrary to our commitment to providing a welcoming and inclusive environment for all fans, our competitors and our industry bringing people together around a love for racing and the community that it creates is what makes our fans and sport special. the display of the Confederate flag will be prohibited from all NASCAR events and properties.” 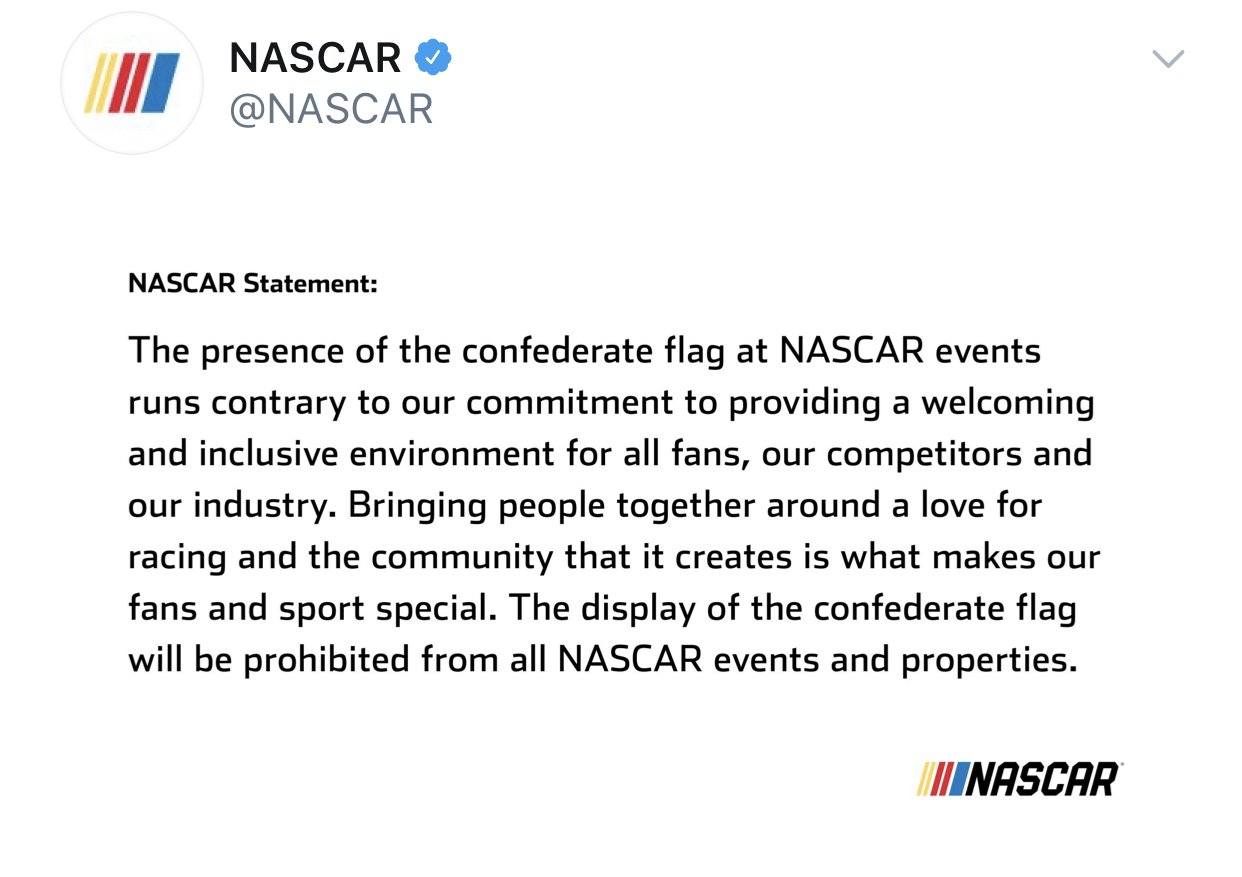 NASCAR’s announcement Wednesday (June 10th) follows the Atlanta Motor Speedway race over the weekend (June 8th), where NASCAR president Steve Phelps addressed drivers and teams over the radio. Phelps shared a speech recognizing the work that should be fixed against racial injustice. He says,

“Our country is in pain and people are justifiably angry, demanding to be heard. The black community and all people of color have suffered in our country, and it has taken far too long to hear their demands for change.

A moment of silence and a message from NASCAR President Steve Phelps and drivers. pic.twitter.com/jy1U48qeLX

“Our sport must do better. Our country must do better. The time is now to listen. To understand. And to stand against racism and racial injustice. We ask our drivers, our competitors and all our fans to join us in this mission. To take a moment of reflection to acknowledge that we must do better as a sport.”

Confederate flags have been a familiar sight at NASCAR races over the sport’s 72-year history, dotting the infield atop RVs or being waved by fans in the grandstands.

The move against the controversial flag comes days behind the historical moments of all 50 states reportedly protesting the death of unarmed black man George Floyd’s death at the hands of Minnesota police. In addition, NASCAR’s only black driver Bubba Wallace recently spoke out against the Confederate flag, stating that there is “no place” for its display. Wallace told CNN’s Don Lemon:

“No one should feel uncomfortable when they come to a NASCAR race. So it starts with Confederate flags. Get them out of here. They have no place for them.”

NASCAR drivers have joined the growing list of athletes and sports leagues throwing their support behind the nationwide protests against police brutality.

"We are trying to deliver the message across, listen and learn," says NASCAR driver Bubba Wallace. https://t.co/dP88eNKB2i pic.twitter.com/vSsu4UrRUM

What are your thoughts on NASCAR banning confederate flags? Let us know in the comments! 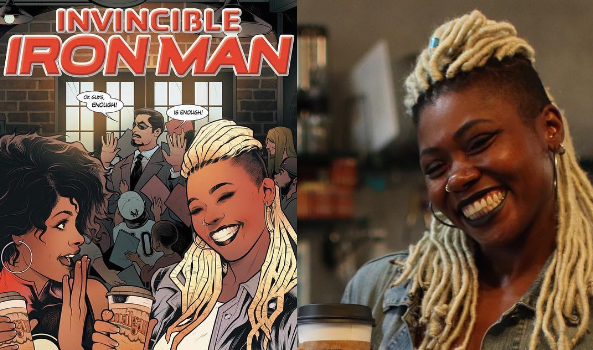